He was a wild child, born on a full moon. He found discipline in karate and became one of Canada’s best martial artists. 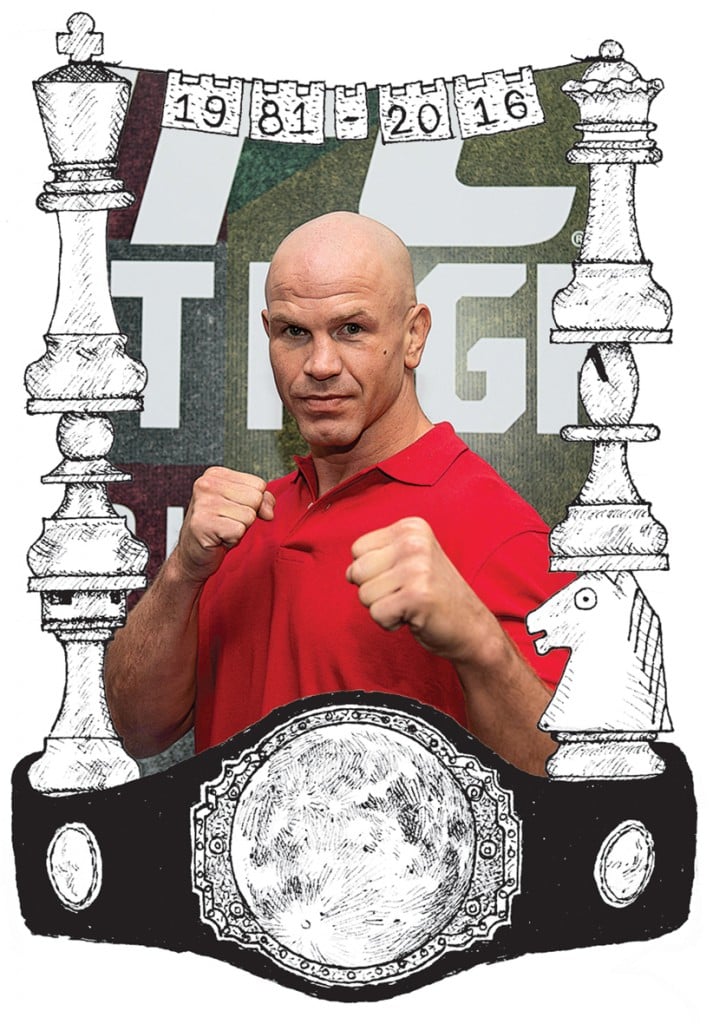 Ryan Paul Jimmo was born on Nov. 27, 1981, in Saint John, N.B., to Linda, a stay-at-home mom, and Paul, a pipefitter and karate instructor. He had three older siblings: Douglas, Jay and Lisa.

Ryan, says Linda, “was born on a full moon—and that just set up his whole life. Holy jumpin’.” Though he could be a cute little charmer, explains Linda, he was also a troublesome child. “When he went to school—from elementary right through high school—the school would call me up the day before, the day of and the day after the full moon and say, ‘Linda, we’ve had enough. Come and get him.’ ”

Ryan was extremely energetic, and would break things and disrupt everything. Though he was president of the chess club at St. Malachy’s Memorial High, he flopped academically. Linda sometimes wrote essays for him just so he could squeak through. Yet when tested his IQ “was 120-something” says Linda. He loved to read and sponged up science books. A favourite was a biography of his hero, Albert Einstein.

Ryan’s father was a sixth-degree black belt karate instructor, ranked fifth in the world for his style in the early ’80s. He began teaching Ryan karate at age six. Ryan excelled, gaining focus and discipline. When he was 16 he won his first karate junior national title. The next three years in a row he won gold again at the nationals. He went on to win bronze at the Commonwealth Games in Manchester in 2002 and silvers at the 2003 and 2007 Pan Am Games. Ryan was hard on himself. Returning from one Pan Am games, his parents asked where his silver medal was. “Pffft,” he replied. “I didn’t go there for silver.” He had thrown the medal in the garbage.

Ryan earned almost nothing competing as an amateur martial artist. Until his early twenties he lived in his parents’ basement and worked selling gym equipment to make a little money. At 23, he decided to become a mixed martial artist (MMA), hoping for more income and to gain a slice of fame. He moved to Halifax to train in 2006, and then, in 2009, to Edmonton to fight in the Maximum Fighting Championship (MFC) organization based there. His first professional fight was against a hulking former football player, who knocked him out, breaking his nose.

But Ryan built a reputation as one of the best ever MMA fighters from Canada, and became the MFC’s light heavyweight champion in 2011. He was dubbed “the Big Deal” after calling himself that in a television interview. He made his Ultimate Fighting Championship debut in UFC 149 in Calgary on July 21, 2012, knocking out his opponent in seven seconds, tying for fastest UFC knockout. He celebrated his victory with his trademark robot-dance and splits.

Bald and muscular as Mr. Clean, Ryan loved playing chess every Friday afternoon with residents at a seniors centre in St. Albert, Alta., just outside Edmonton. He liked seniors’ company and the fact they didn’t have anything to prove, he once told a friend.

He approached his fights with the strategy of a chess master, says friend John Mejias, who met Ryan when he joined a Masonic Lodge in Edmonton. Though Mejias says Ryan would tell people, “I just get hit in the head for a living,” he was always striving to be a better person. He was drawn to the Masons by their charitable work and their lectures and lively conversations. “I have seen Ryan talk for hours to university professors on quantum physics, or time travel or string theory,” says Mejias.

Ryan was also a keen observer of people and human nature: sometimes he and Mejias would go to a particular Edmonton bar toward closing time just to observe how ﬁghts broke out amongst patrons. But he never got personally involved. If he was at a bar and someone tried to egg him into a fight, he left immediately, whether he’d finished his drink or not.

On Saturday, June 25, Ryan went to a movie with his girlfriend, whom he had met recently in Phoenix. After the show, he took her for a drive to show her the city. Noticing a pickup truck following closely behind them, Ryan, afraid for his girlfriend, pulled into a strip-mall parking lot where there were people smoking outside a pub. Safety in numbers, he thought. Walking back to his car after speaking to the other driver, the pickup allegedly sped up and plowed into him, then fled. Ryan was pronounced dead in hospital. He was 34. The driver is charged with second-degree murder.