The Tinhorn Creek CEO is also its blogger, its winemaker–and a scrapper 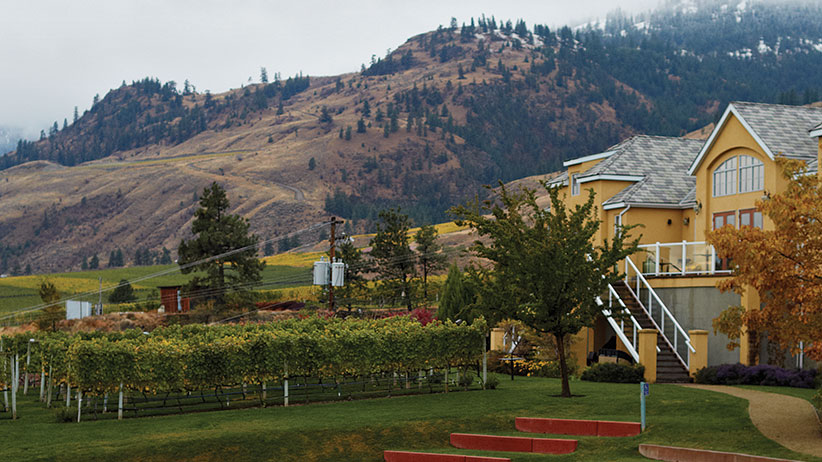 Last year, at the height of a campaign to kill a Prohibition-era law banning the private shipment of Canadian-made wine between provinces, Sandra Oldfield, CEO-president-winemaker-blogger-in-chief for Tinhorn Creek Vineyards in B.C.’s Okanagan Valley, took to her Oldfield’s Wanderings blog to make a point. She did it in typical Oldfield fashion, with as much style as her signature cabernet franc: bold, spicy, with a very nice finish. She purchased a shotgun online from Saskatchewan, had it shipped to B.C., and blogged about the experience. “My new gun is a Maverick 88 single-barrel, pump-action 12-gauge single shot—whatever all that means,” she wrote. “If only getting 12 bottles of Canadian wine were as easy as getting this 12-gauge.”

Never one to shy from a scrap, Oldfield was an early adapter to screw-top bottles, dismissing skeptics who said it ruined the romance of wine. If true, she wrote, “you may want to consider you are having dinner with the wrong person.” She was also quick to embrace Twitter with her popular #BCWineChat, a group therapy session for winemakers and wine lovers where one topic a week gets an airing, be it wine pairings, wine prices, touring tips or silly laws. Where she finds the time is anyone’s guess, but it helps to juggle. As she tweeted during a recent session: “Multitasking tonight: #BCWineChat host, drinking #BCWine and watching A Fish Called Wanda.”

None of this extracurricular activity detracts from the wines: some fine whites and magnificent reds. The winery in the South Okanagan is a destination in itself. Its seasonal Miradoro restaurant, a partnership between the winery and a Vancouver restaurateur, is one of the region’s best. It sits high on a rise with sweeping views of vineyard and valley. Miradoro’s airy, uncluttered design puts little between the diner and the land besides walls of glass. It’s the same philosophy that so effectively captures the essence of Tinhorn vineyards in bottles and under screw caps.