The scene on the street is, to many, off-putting—suits and Porsches and bars full of braying young men. But look up in Toronto’s financial district, and you just might witness a moment of sublime beauty. On clear mornings, shafts of light slice in from the east, throwing jagged shadows along canyons of stone and glass. To Graeme Roy, the effect is irresistible—an imposing display in which the inhabitants become ants, bustling as though frightened by the epic scale of their surroundings. “It amazes me that people walk through this glorious light all the time,” he says, “and they never look around and see how magnificent it is.”

Roy’s job as director of photography at Canadian Press, the national wire service, makes him a gatekeeper of news images used by the country’s major media outlets. But the 52-year-old has an artistic side, and technology has reawakened it. A few years ago, he tried out the picture apps on his wife’s iPhone, and found to his delight it could replicate the black-and-white urban photography of the mid-20th century. He soon got his own iPhone, and began getting off the subway a stop or two from CP’s Adelaide Street offices during his morning commute so he could capture fleeting scenes from the short walk to work. A businessman munching an apple. Pedestrians passing through a veil of mist. The silver lines around marching commuters.

Odd, says Roy, that phone apps should revive photographic genres long ago fallen from vogue. “I grew up admiring the great photographers of the 20th century,” he recalls. “Henri Cartier-Bresson. Ansel Adams. Edward Weston. When I was a kid I’d get photography magazines in the mail, and they’d have big terrific black-and-white photos of New York during the ’40s and ’50s. That really sunk in with me.” Now, he says, non-professionals who share his enthusiasm are recreating those styles—and sharing them on Instagram. “That type of street photography is having a renaissance,” says Roy, who also posts to Instagram. “I think it’s fantastic.” 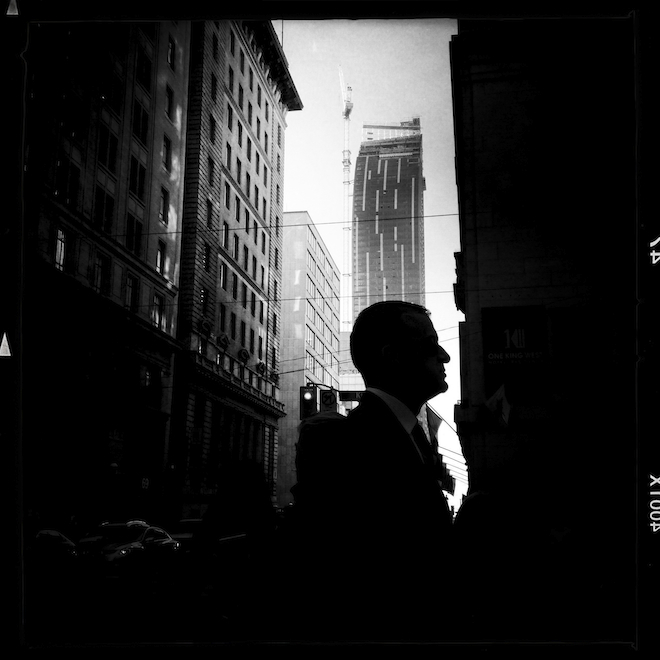