Snow shovelling is a classic Canadian ritual. Here’s how not to do it.

Scott Feschuk lived through Ottawa's largest one-day snowfall in a century. Here's what he learned. 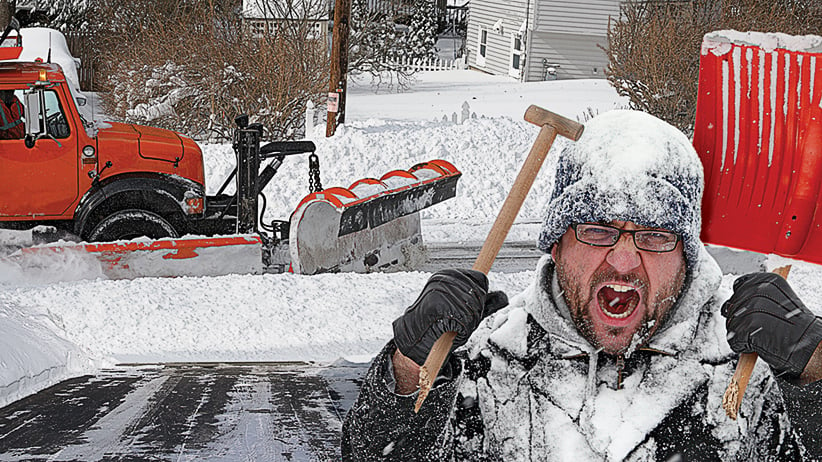 Ottawa recently endured its largest one-day snowfall in a century, which means there is no better authority to answer your frequently asked questions about the delightful Canadian ritual of snow shovelling.

How can I avoid the delightful Canadian ritual of snow shovelling?

Check the forecast. Maybe it’ll be 24° tomorrow and the snow will immediately melt. If not, maybe it’ll be 24° in five months. You won’t need the car until then, right? And the dog will probably dig itself out.

Fine, I should shovel. What’s the best way to prepare?

It’s important to warm up first. Stretch a little. Get the blood pumping. That’ll definitely counteract the decades of poor life choices that have made you such a flagrant heart-attack risk in the first place.

I’m shovelling. What’s the best injury to fake so I can stop shovelling?

I have a history of using various “conditions” to avoid completing even the simplest of household chores. That light bulb in the basement would surely be changed by now if it weren’t for my recurring “pinkie sclerosis” and “stair jitters.” The key is not overselling it. You don’t want to have to continue faking your injury for weeks to come. That’s why you should avoid claims like, “I wrenched my back,” or, “My spine just fell out.” Instead, go inside and announce that you “tweaked” something—or that you slipped and banged your head on the driveway. The key to successfully feigning a concussion is behaving like James Franco without a concussion.

My neighbour just got a snow blower. What’s the proper way to react?

Aggressive glaring. But you have to be specific with your glares. A snow-blower owner is naturally going to assume you are staring with envy in your eye. You have to squint hard enough to ensure the message gets through: This glare means I am judging you for using a machine to clear your tiny little driveway and also because you never offer to clear my driveway and also because I don’t like your face and you are stupid and next Christmas I am going to “accidentally” run over your dumb inflatable lawn snowman. That’s a lot to convey in a glare. You’ll probably have to practise first in the mirror.

How long should I shovel for?

It’s important to take a break every now and then. If you’re like me—a middle-aged man whose exercise regimen consists of walking almost entirely across the room to reboot the Wi-Fi so Netflix works—you should take a breather every, oh, 25 seconds or so. It’s advisable to lean on the shovel in a casual but manly fashion. If you stare slightly skyward, it will appear as if you’re appreciating the majesty of nature, when in fact you are mostly just hoping your heart won’t explode.

Is there a way to make it less of an ordeal?

You have to get inventive. For instance, we share a driveway with our neighbour on one side. When shovelling near the middle, the logistics demand that I hoist the snow and walk it back across the driveway so I can throw it onto our yard. Although that’s a huge pain, I know it’s wrong to chuck snow into my neighbour’s driveway. Which is why I always check to make sure he’s not looking.

The job is done. What now?

Let me answer that with a story. During the recent blizzard, I had just finished my fourth snow-clearing session of the day. I went inside to do something more enjoyable, like curl up and die. That’s when I heard it coming down the street. Before I made it to the window, the plow had passed—leaving a 1.5-m-high furrow of snow at the end of our driveway. Long story short: You can hear the rest of the details when next season’s Serial podcast probes my murder conviction.

I’m too tired to finish. What should I do?

Snow clearing is all about marketing. If you go back inside and say, “I shovelled one-eighth of the driveway,” it sounds like you gave up. But if you open the door and announce, “I just shovelled 20 million snowflakes,” it sure sounds to me like you put in a full day, hero.

How long can I exploit my shovelling achievement?

You’re probably safe playing up your aches and pains the next morning. And you’re definitely entitled to one (1) reference to the whopping pile of snow that’s now on your front lawn. Most spouses draw the line at a commemorative plaque.