Some painfully obvious things I learned too late in life - Macleans.ca 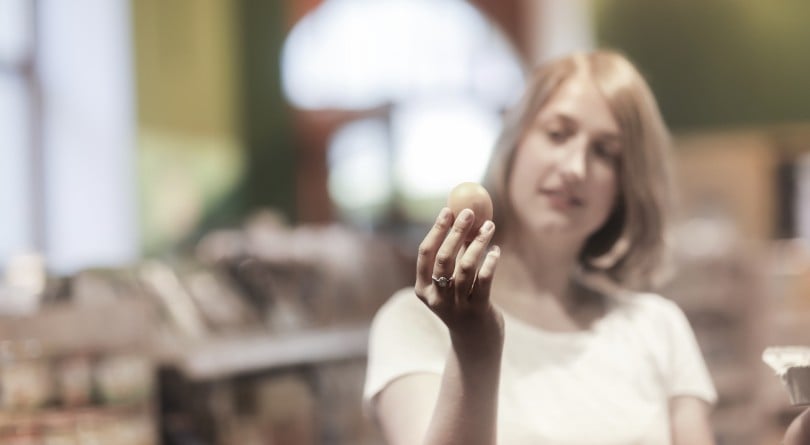 On Tuesday morning, I tweeted, “What’s the most mundane but thunderous epiphany you ever had? Something so ridiculously dull or elementary that still bowled you over when you figured it out?” I was just looking to spark a fun and entirely inconsequential conversation. I figured a dozen or two people might respond, and we could have a laugh about the painfully obvious things we figured out way too late in life.

Now, 1,400 responses—and counting!—to my tweet later, it’s safe to say that everyone involved in this monster Twitter thread has learned a lot.

My original tweet was inspired by a trip to the grocery store the day before. I grabbed a carton of eggs, popped it open and started tapping the eggs while my kids sat in the shopping cart. I watched my mom do this probably weekly throughout my entire childhood, and every time, I would think worriedly to myself, “Is she insane? Why is she counting them? Can’t she tell all 12 eggs are there?”

I was in my teens by the time I realized she was rocking the eggs in their little cardboard nests to make sure none were broken. The realization felt like sunbeams blasting through clouds in a religious painting.

It turns out I’m not alone here.

In the hundreds of responses to my tweet, two themes emerged. First, there were all the people confessing to absurdly obvious things it took them way too long to figure out. And, for seemingly every single one of those self-mocking disclosures, there was someone else—sometimes several someones else—replying, “Wait a minute, what?!”

Of course, Twitter being Twitter, a handful of people misunderstood the assignment and replied with a humble-brag about some esoteric bit of literature or scientific knowledge, or a pithily woke observation about human nature. No, no, Corporal Buzzkillington, the point was for us all to share the most embarrassing moment when we each felt an internal lightbulb click on. You put on that dunce cap and go sit over there for a while so the rest of us can enjoy ourselves.

More than anything, what I think this thread demonstrates is that none of us are as stupid as we feel in our dumbest moments—and none of us are smart as we think we are, either.

A selection of the best responses is below. Buckle up.

I thought Arson was a guy. The news would say “Arson is suspected.” And I was like, ‘Another one?!? They gotta catch this guy!’

The little arrow on the side of the gas indicator on your car’s dashboard points to which side the tank is on.

I didn’t realize that Dr. Spock and Mr. Spock weren’t the same person until I was a grown ass woman. I was always baffled how a fictional Vulcan became the expert on raising real human babies.

When I was a kid, I thought that Ibid was a book that must contain the sum of human knowledge since I always saw it in footnotes. It wasn’t until a high school English class that I realized it was a reference to the source in the previous footnote!

I thought Olympic skating routines were ad libbed and announcers knew upcoming moves from body positions. Until I was 35!

The Beatles. Never even noticed that it wasn’t spelled “Beetles”. Then it dawned on me “ohhhhh because beats and music and *facepalm*”.

This happened *way* too recently.

I also thought the batman logo was just yellow teeth. I wondered when he’d open his mouth to show everyone those yellow gnashers. pic.twitter.com/ivHXHOzRmR

I thought the Lincoln Memorial on the back of the penny was a trolley. Well into adulthood.

I thought the Wheel of Fortune host’s name was Patsy Jack until I was 19. My roommate at the time informed me it’s actually Pat Sajak after I yelled at the tv screen “Yeah Patsy Jack!”

I thought artichoke hearts were from an animal that I pictured as being similar to an armadillo. I thought it was friggen disgusting that people would buy a jar of that.

I recently learned that there are tabs to be pushed in on the ends of the box on a roll of plastic wrap which is designed to keep the roll from falling out of the box as you unwrap it.

When I first saw the 31 I was ready to give whoever designed this the Nobel prize pic.twitter.com/Y3Lgp9ixjg

That dogs and cats are different species and not just male and female versions of the same animal. I think I was like 6.

Growing up as a Catholic kid, I mistook Calvary — the place outside Jerusalem where Jesus was crucified — with Calgary, the place where the Winter Olympics was held when I was 10 (which is probably around the time I learned the truth).

I was around 8 when I realized that rock stars weren’t regularly showing up at local radio stations to sing. They were only playing records. I’m still not over it.

The “no drinking while driving” only applies to some beverages. 8 yo me did not need to tell my dad to stop drinking his orange juice while driving.

I thought money laundering was physically washing the money and hanging it to dry to get cocaine residue off of it. A whole room of people silently stared at me after I announced this.

When I was young my dad told me a turkey was just a male chicken … I thought this true until it came up at Thanksgiving one year and I was greeted by blank stares. I was 20 years old