An energetic child, he loved to explore. Drawn to the church, he used his musical talents to reach out to other young people. 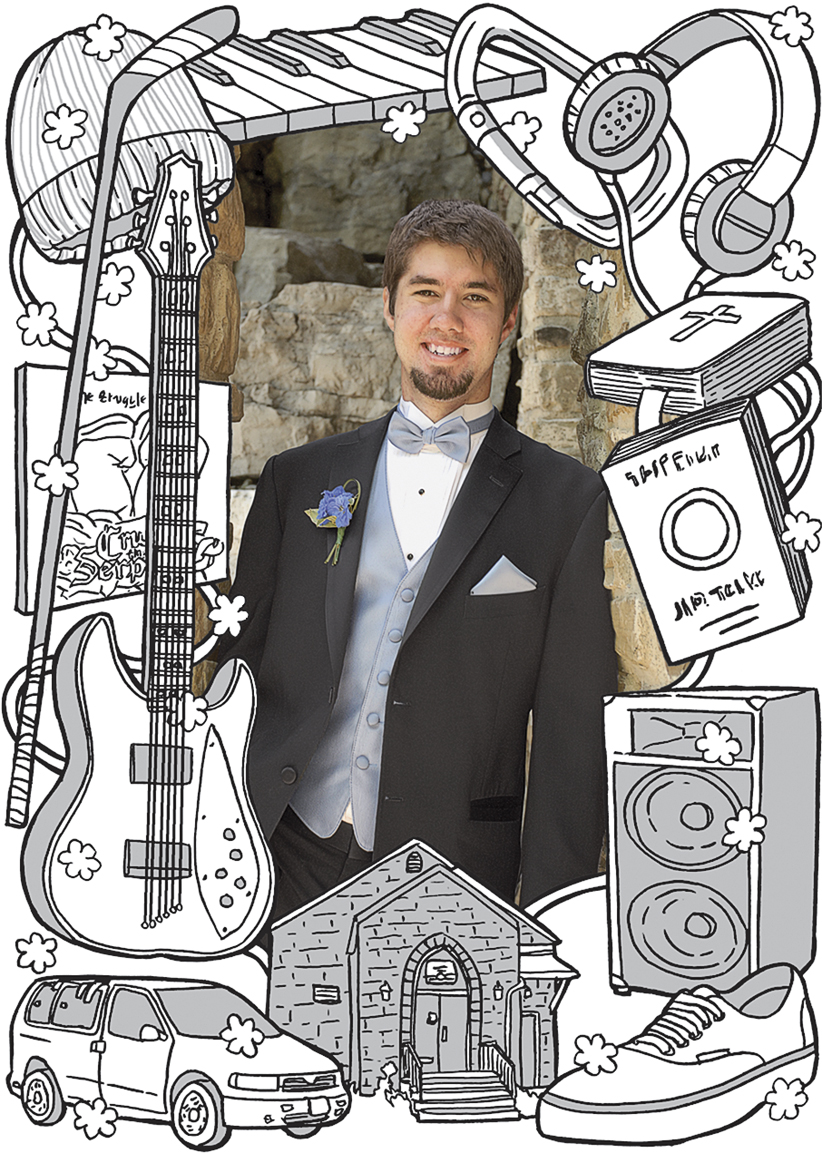 Stephen Andrew Spencer was born on Oct. 18, 1988, in Toronto to Brien, an architect, and Rosanne Spencer, a Christian education coordinator. The eldest of four siblings, Stephen was a rambunctious, inquisitive boy. “He loved people and always had a smile on his face,” says his mother. “He would just start talking to people whether they were his age or 80 years old.”

The family’s Etobicoke home was full of instruments, including a piano and several guitars. Stephen “always wanted music on,” says Rosanne. “We have pictures of him when he was little with headphones on, smiling and dancing.” Stephen’s grandfather, Edwin Spencer, was a church organist and music teacher. When Stephen was six, Edwin began teaching him, and later his siblings, to play piano and sing. Stephen was eight when Edwin wrote a piano duet called Meeces Pieces for him and his sister Leanne. They performed it at a Toronto seniors home. “It was a piece where one piano player would chase the other one off the keyboard,” says Rosanne. Stephen eventually learned to play guitar, bass, drums and saxophone.

Brien and Rosanne decided to home-school Stephen when he was halfway through Grade 2. Though bright, Stephen’s abundant energy made focusing in a classroom setting hard. Teachers suggested Stephen had attention deficit disorder, says Rosanne. “He was an energetic, hyper child. But so were his father and grandfather. To me, it was just the way God made him.” His energy also led to an adventurous streak that stayed with Stephen throughout life: As he grew older he enjoyed rock-climbing and often took long bike rides exploring different Toronto neighborhoods.

By age five he had taught himself to read. “He all of a sudden said to me one day, ‘Mommy, do you want me to read this book?’ ” Rosanne assumed Stephen would merely make up a story while gazing at the book. “But halfway through I realized he was actually reading it.” The Lord of the Rings was his favourite book.

Stephen took Christianity very seriously. When he was 12 he began listening to Victory Today, an American fundamentalist Christian radio show. “That sort of clued us in that he was leaning toward becoming a pastor,” recalls Rosanne. “He always seemed to have a heart for young people who got into trouble.”

At 17, Stephen went to Lynchburg, Va., to study at Liberty University. After a year he returned to Toronto to attend Canada Christian College, earning a theology degree. After graduating in 2011 he volunteered at Islington Baptist Church (IBC) in Etobicoke, helping out members by driving them to appointments in his old Mercury Villager van. In 2012 he was offered a job as youth pastor.

Wednesdays and Sundays Stephen was responsible for community suppers the church offered. He also mentored teens and helped lead Sunday morning worships. His gregarious nature and musical touch gave him a knack for drawing youth to the church, says pastor Todd Riley. He and Stephen often walked through their neighborhood getting to know at-risk kids. Stephen fit in easily. “He had quite a fashion sense,” laughs Riley. “Stephen was colourful. He’d wear maroon-coloured jeans, Vans shoes, a toque. You never knew from one week to another whether he’d be shaving or not shaving.”

Stephen and his brother Peter were part of a six-member heavy metal “Christcore” band called Crush the Serpent. Stephen played guitar and was the “growler,” as the band’s Facebook page put it. Riley remembers a concert they gave at IBC last year. “It was so loud that we didn’t hear very much of it. But I remember an 88-year-old saying she enjoyed herself just as much as the young people did.”

On Friday, Oct. 3, Stephen was teaching a youth group and asked everyone to write down three life goals. He wrote his own on a piece of paper: He wanted to be a good husband and father; to have a ministry encouraging people to follow God; and he wanted to make “awesome” music. Five hours later, in the early hours of Saturday, Stephen joined two friends to explore an abandoned industrial building in Etobicoke. His father says Stephen had a certain walk he did with his hands held in front of him as if searching for something. On the building’s dark rooftop, he touched a live wire and was electrocuted. He was 25.