More and more parents are naming their babies Tesla 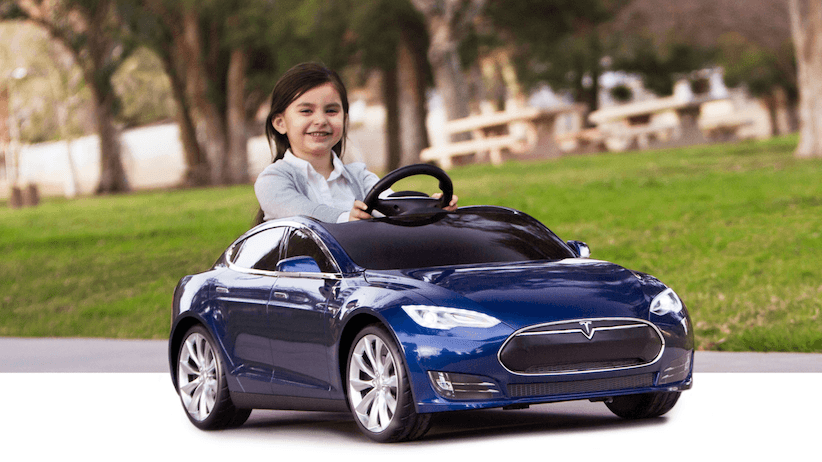 Over the past few years Tesla, the electric-car maker, has emerged as one of the most innovative and valuable companies on the planet. And when stars and celebrities grab headlines, you can be sure their name will eventually show up in maternity wards.

So we probably shouldn’t be surprised that parents in the U.S. have suddenly started naming their babies (mostly girls) Tesla. 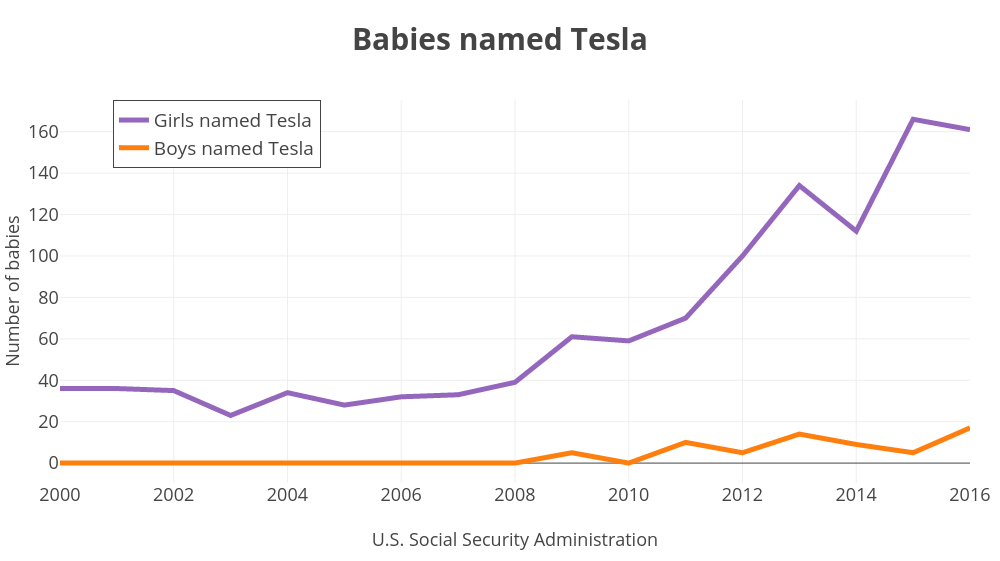 Elon Musk founded the car company in the early 2000s, but it wasn’t until 2008 and the launch of the Tesla Roadster that the company started to get noticed in a big way. That roughly corresponds with when Tesla started to catch on as a baby name.

MORE: Excited for Tesla’s Model 3? You should be—you’re paying for it

These numbers reflect baby names in America, and are drawn from the U.S. Social Security Administration, which releases an annual list of all baby names in the country. (Names used less than five times are not included for privacy reasons.) No national list exists in Canada, but while provincial lists show some scattered usage of the name, no trend similar to the U.S. has emerged, yet.

It’s not just Tesla cars that are inspiring American parents either. So too is the car’s creator, Musk, who appears to have single-handedly cemented Elon as a boy’s name. For years, roughly equal numbers of baby boys and girls were named Elon but that changed as the billionaire inventor became a household name. 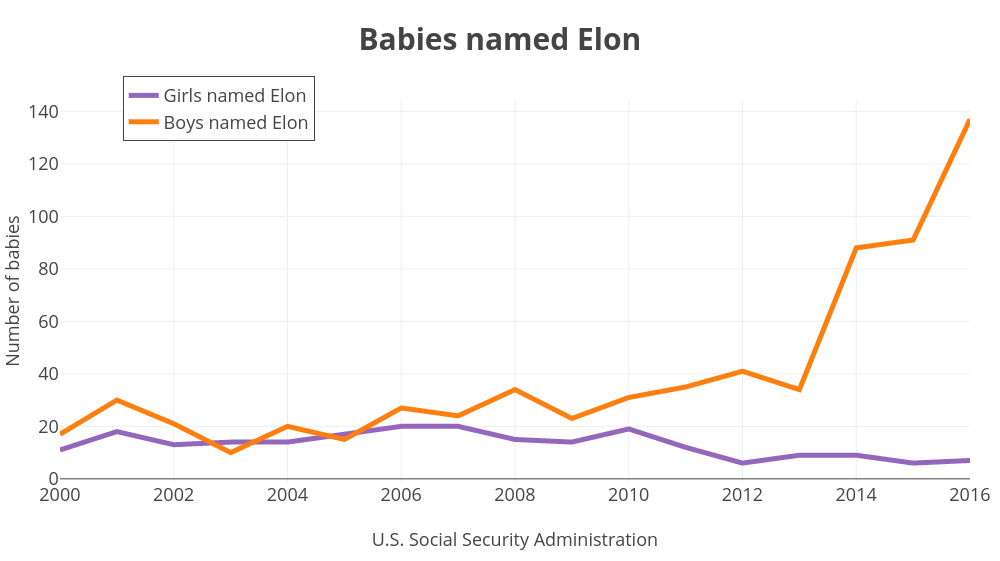 Given that the numbers of babies named Tesla or Elon is still in the hundreds, they won’t make any hottest-names lists, but the rise of baby Teslas is being noted on Twitter.

Though not everyone is a fan of the trend…