The Social: A Manitoba tradition 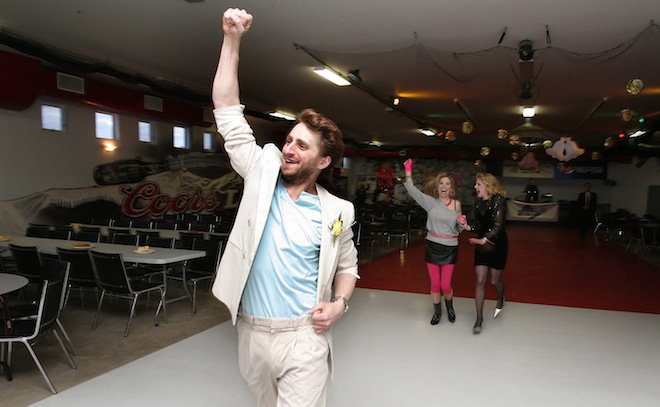 When Mary Wheeler got married in 1975, her wedding was a relatively quiet affair. She was 21 when she walked down the aisle in a Treherne, Manitoba church, and wore a dress she sewed herself.

“Back then, planning a wedding in a farm town in Manitoba meant you only needed to call five people,” she says. “You call a minister, a caterer, a reception hall and your families.”

Wheeler says that she and her husband-to-be might have liked a splashier reception, but at the time they were more concerned with saving up for married life. To help the young couple get started in a new home, their parents threw them a social – a big Manitoba party to raise money for a soon-to-be-married couple.

“I think socials were a fairly new thing in the ’70s,” Wheeler says, “but they’ve become a Manitoba tradition.”

Over the years, the customs of a social – sometimes known as a “Winnipeg Social” – remain largely unchanged, and many Manitobans say it’s as much a part of their culture as cold weather and perogies. A few months before a couple gets married, hundreds of friends and family are encouraged to buy tickets to a big, pre-wedding bash, normally held in a legion hall or community centre. The organizers hire a DJ or a band, and all the guests are encouraged to buy raffle tickets and reasonably priced beverages, before enjoying a “late lunch”, normally a spread of rye bread, cold cuts and mustard, close to midnight.

But while nearly half a century has done little to change the nature of socials, many Manitobans feel that wedding fundraisers no longer fit the changing nature of marriage. With many couples getting married later in life, usually after they have established a career and already share a home with their fiancé, most brides and grooms already have the household tools they need, and are capable of buying anything else themselves. Socials are now usually held to raise money for the wedding itself, with future brides and grooms making no bones about asking family, friends and coworkers to shell out.

“These days, people are pretty blunt about it,” says Della Cogar, a Portage la Prairie business owner who married in 1981. While she enjoys socials, and always buys a ticket if she knows the couple, she says that the constant hunt for cash can be a bit excessive, especially when there are so many worthy charities in need of money. “It’s all a bit much for a party.”

Despite backlash from older generations, socials are more popular than ever in Manitoba, and are turning even bigger profits. Manitoba couples are being more creative about how they raise money, too, often canvassing local business for donations to their silent auction, or investing in big items like widescreen TVs and barbeques in hopes of turning a profit on raffle tickets. In 1975, Wheeler and her fiancé raised $600, which they spent on a washer and dryer for their new home. In 2010, Portage la Prairie native Lisa Casper and her fiancé raised $8, 000, which covered part of their wedding reception costs.

Casper, a 28-year-old food development scientist, admits that while socials can seem like a cash-grab at first, most attendees think they are well worth the money.

“It’s a way to encompass everybody,” says Casper. While she and her fiancé couldn’t invite everyone they wanted to their wedding, they were happy to host over 350 people at their social. Casper says she had no trouble fundraising, and most people agree that weddings are a good cause. In Manitoba’s small towns, she says, wedding socials are often the highlight of people’s social life, especially in winter, which is considered “social season.”

“In high school, I was always way more exited to go to a social than I was to go to a bar,” she says. But she says that even young people have their limits when it comes to supporting new couples.

“If you are older, like in your late ’30s, you shouldn’t really have a social, especially if it’s your second marriage,” she says. “But even then, weddings are expensive. Why not raise money by throwing a party?”

Are Manitoba socials pretty much the same as stag and does, buck and does, and jack and jills? What do you call the version of a Manitoba social where you’re from? We’d love to hear in the comments below.