With B.C.'s poor reputation fresh in his mind, the Sandhill winemaker focusses on crafted small batches 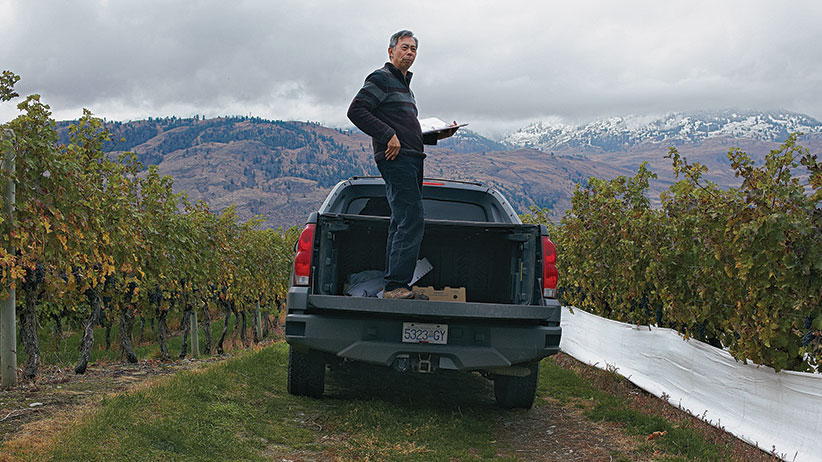 “I remember when B.C. wine was despised,” Howard Soon, a 32-year veteran of the business and now an acclaimed winemaker for Sandhill Wines in the South Okanagan, recalled recently. Back in the jug wine era of the early 1980s he remembered a B.C. cabinet minister standing in the legislature to complain that provincial wines tasted as though strained through a used pair of socks. Today, between Sandhill and his role as senior winemaker for the B.C. arm of Andrew Peller Ltd., one of the province’s largest producers, he’s played a major part in elevating the province’s reputation for quality wine. Sandhill, in addition to a steady stream of international awards for its chardonnay and pinot gris and its reds, swept the Canadian Wine Awards in 2009, winning both red and white wine of the year, and winery of the year.

Sandhill’s reputation grew by thinking small. Every bottle is made of grapes from a single vineyard, one of six, each with a distinct terroir of soil, sun and climate. Within each property are blocks of different grape varieties, chosen for what they draw from the land. “Seeking to show terroir in your wines makes you a better winemaker,” says Soon.

The Okanagan and nearby Similkameen offer a remarkable palate—“tremendous reds out there that you’d be proud to put against anything in the world at the same price point.” The key is knowing the land. “The best place for a winemaker to be is in his vineyard first, and I train all my winemakers to do that. I don’t give a s–t if you’ve got great science, and technical stuff. That’s cold. Anybody can do that.” Science must work in the service of translating this “horticultural, nature-driven” gift into something beautiful, he says. “Are you driven to make us a good bottle of wine? Those are the kind of people we hire. Are you willing to do that 24/7?”