Why do we itch? 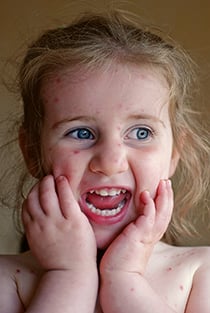 Between the mosquitoes, poison ivy and sunburn, summer is a season of itch. Virtually all of us experience it on a daily basis, yet scientists are still trying to unravel exactly what “itch” is. Long believed to be low-level pain, it’s increasingly clear that itch is a unique sensation of its own—one hard-wired right into our nervous system, with a direct “land line to the brain,” says Mark Hoon, a scientist at the U.S. National Institutes of Health and author of one of two recent studies on this little-understood sensation.

What are some of the reasons we itch? “Oh my gosh, there are a million,” says Dr. Lisa Kellett, a dermatologist at the DLK on Avenue clinic in Toronto. Beyond the common ones—skin problems such as eczema or psoriasis, an allergic reaction to a bug bite, or contact dermatitis caused by poison oak or ivy—it could be a “neurologic issue,” she says, such as the phantom pain some patients feel after a limb is amputated. Liver disease, kidney failure and cancer cause itch, even when the skin appears normal. Stress and emotional upset will also bring it on; even talking about itch might lead to a bout of scratching.

About one in 10 people will, at some point, experience severe chronic itch. Right now, “the drugs are not very good,” says Diana Bautista, an itch and pain researcher at the University of California at Berkeley, and author of the other new study. “There’s no treatment, and certainly no cure.” Even in the case of mosquito bites, poison oak or ivy, “antihistamines are only partially effective,” she says. “For chronic itch, they do nothing whatsoever.” Certain pain medications (such as opioids) cause severe itch, so much so that patients would sometimes rather go off their meds. People would rather put up with pain than an itch, Kellett notes; most of us, at some point, have scratched an itch till it bleeds.

The relationship between itch and pain is a complicated one. “Some things that cause pain turn to itch,” Bautista says, and vice versa. “Pain can also override itch,” such as when we scratch or apply heat or cold to chase an itch away. “Things that are painful actually feel good under the conditions of itch,” she says. “It’s a big mystery.” The sensation of itch is followed by an urge to scratch; however, the sensation of pain is accompanied by the opposite urge, to withdraw.

“It turns out that a lot of the same cellular pathways” are used by itch and pain, Bautista says, and some of the same molecules are used to transmit both signals. She’s studied the “wasabi receptor” and “capsaicin receptor,” pain receptors activated by wasabi or hot peppers, and found they’re also involved in the signal transition for itch. “Our latest study shows that the wasabi receptor plays a very important role in chronic itch,” she says. When mutant mice with chronic itch were bred without this channel, they stopped scratching. “It’s a mix-and-match thing,” she says. “We use some of the same receptors for itch and pain, but they get activated in different ways, and end up going through a different relay in the spinal cord.”

As recently as a few years ago, “most people were studying pain, and didn’t really take the itch sensation seriously,” says Zhou-Feng Chen, director of the Center for the Study of Itch at the Washington University School of Medicine in St. Louis, which opened in 2011. In 2007, Chen and his team identified the first known itch-specific receptor. Since then, “there has been tremendous momentum,” he says. “This field has become very hot.” His centre has about 15 people working on itch. “We expect to double in size within the next two or three years,” Chen says.

Mark Hoon, who previously studied the molecular basis of taste, now also focuses on itch and pain. “We can all tell the difference between hot and cold; a pinch and a touch,” he says. “How is that information parcelled out and interpreted by the brain? That’s what we’re interested in.” Working with mice, he identified a small molecule that triggers itch. As it plugs into a nerve cell in the spinal cord, it sends a signal to the brain. When this molecule or its nerve cell were removed, the mice didn’t scratch—even when provoked with itch-inducing substances. Yet they could still sense temperature, pain and touch. Even so, this neurotransmitter might not be the best target for a drug. “That same molecule is expressed in other organs,” such as the heart and kidneys, says Santosh Mishra, Hoon’s collaborator. Messing with it could produce unwanted side effects. “The important thing is this is a beginning point,” Mishra adds.

Bautista sees U.S. President Barack Obama’s recently announced BRAIN Initiative—a multi-billion-dollar investment to map the human brain—as another step forward. “We’re very excited about that,” she says. “We want to understand how itch, pain and touch are signalled from the periphery to the brain, but also how information from the brain goes back to drive the sensations. Understanding how a signal is transduced is just the first step.” A better understanding of itch will help produce better drugs to combat it—and a better understanding of the sensations through which we experience the world around us, no matter how aggravating that scratching may be.