Abused and silenced women are finding their voices on social media. The movement's young, vocal, wired — and it’s bigger than Jian Ghomeshi. 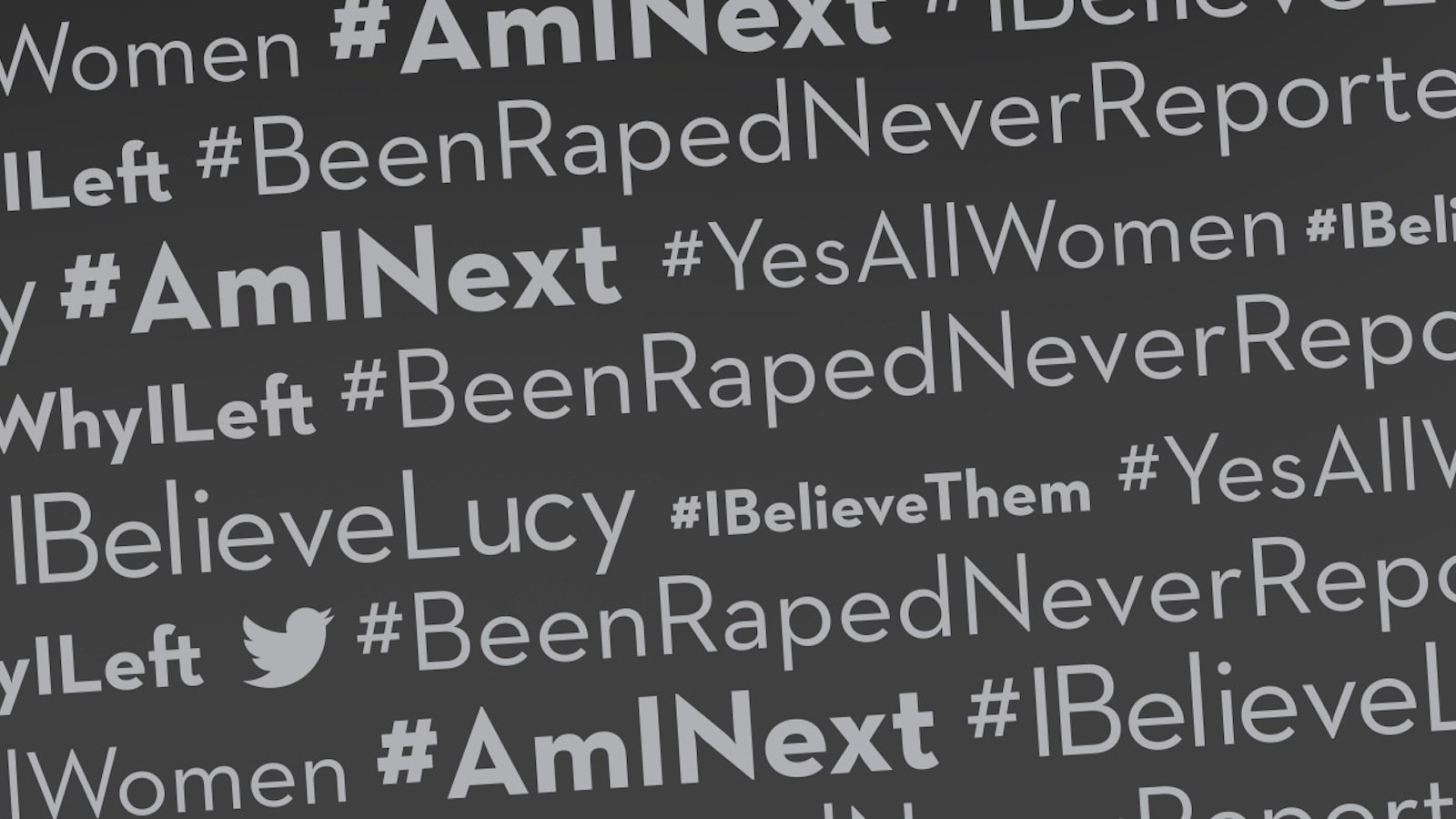 In the wake of allegations and a police investigation against former CBC radio show host Jian Ghomeshi, Rachel Giese wrote a story in Chatelaine about the ways social media and technology are helping women  find their voice. What follows is an excerpt from that piece.

Over the past week, a series of disturbing sexual assault allegations have been levelled against former CBC radio host Jian Ghomeshi. These accounts have unspooled not, as they once might have, in portioned-out instalments in the daily papers and the nightly news. Nor is the arc of the discussion being determined by an editorial board or an executive producer. Instead, the story has been built collectively, barn-raising style, out of its raw materials by thousands of friends and followers, most strangers to one another. First someone contributed a traditional news report, then someone else organized tweets on Storify, then another shared a Facebook post, and on it went, link by link. In comment feeds, facts of the case were scrutinized: Who knew what and when did they know it? Over the course of an afternoon — an hour, even — opinions have been swayed and theories debated, then discarded.

Full disclosure: For a millisecond, I had a slight edge on the news. I was a freelance contributor to Ghomeshi’s show, Q, and was informed that he was taking a personal leave shortly before the CBC announced it publicly last Friday. Since then, though, I have learned details alongside everyone else. And like everyone else, last Sunday night I logged on to Facebook to read Ghomeshi’s long, rambling account of “my story. The truth . . .”

That’s when it erupted. As the mainstream media scrambled to keep ahead of the flow of information, people began speculating on social media about long-standing rumours of Ghomeshi’s inappropriate and violent behaviour, wondering why it hadn’t come to light earlier. One of them was Lucy DeCoutere, who, three days later, became the first woman to put her name to allegations of abuse. (Late Friday evening, news broke that DeCoutere and another woman have taken their allegations to the police, who are investigating.)

Instinctively, people turned to memes — the digital version of showing up at someone’s front door with a casserole and chicken soup — to offer support and solidarity: #IBelieveThem and #IBelieveYou began trending. The Toronto Star story naming DeCoutere went live on its website at 9:35 on Wednesday night; by 10 o’clock, #IBelieveLucy had more than 2,000 mentions and over 2.5 million potential impressions.

In the past few months, there has been a deluge of hashtags rallying against gender-based violence, like #YesAllWomen (launched after a killing spree in California by a 22-year-old man connected to the men’s-rights movement), #WhyIStayed (a response to domestic violence) and #CarryThatWeight (in solidarity with a Columbia University student lugging a mattress around to protest the continued presence of her alleged rapist on campus). Here in Canada, the movement to seek justice for indigenous women who have gone missing or been murdered has spawned several threads, like #MMIW and #ItEndsHere. And on Thursday evening, Toronto Star writer Antonia Zerbisias initiated #BeenRapedNeverReported, helping answer the question of why women don’t report assaults.

These campaigns are a natural extension of the boisterous feminist culture that has asserted itself online. According to feminist organizer and advocate Steph Guthrie, who founded the group Women in Toronto Politics, “We’re increasingly seeing the conversations that are happening on social media trickling up to traditional media and to traditional political movements.”

On blogs, YouTube, Instagram, Facebook and Twitter, women weigh in on rape culture and reproductive rights, expose street harassers and online trolls, crowdfund female-driven indie movies, trade videos about their gender transitions and dissect the sex-positive imagery of Nicki Minaj’s latest video. In the pre-internet days, conversations about sexual assault were shadowed by shame and self-loathing, or started from revelations shared long after the fact. Now, in this limitless, chatty, online consciousness-raising session, women who have been abused, violated or silenced have the tools to name their experience. In a medium with no regard for the distance between the powerful and the powerless, attackers can be called out, confronted or shut down. Discussions unfold in real time, with support networks materializing instantly and exponentially: This happened to me. Me too. Me too. Me too. Me too. Me too.

Click here to read the full-length version of this piece at Chatelaine.