She fell in love with skating as soon as she put on the blades. At 15, she left home to be near the rink where she practised. 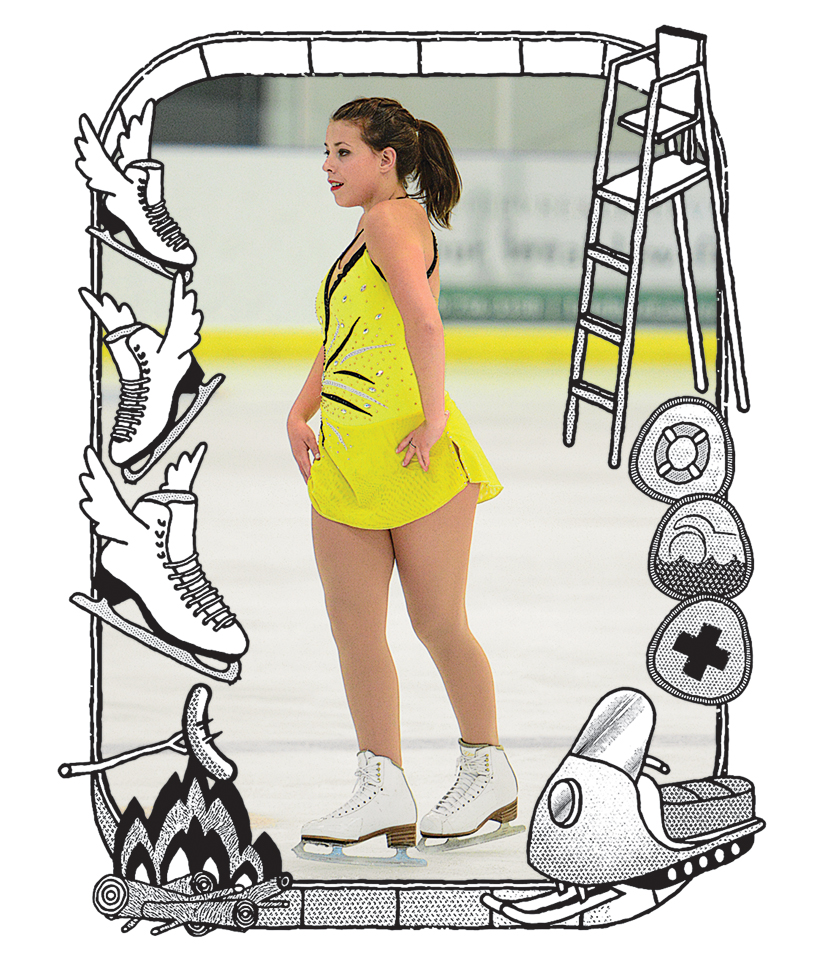 Zoe Lauren Lesy was born on March 5, 1999, in Brandon, Man., the second child to Kevin, a field operator with an oil and gas company, and Vaune, a registered nurse. Living in Waskada, Man., with her brother, Mitchell, who was five years her senior, Zoe was energetic and stubbornly independent at times. When she was two and the family was getting bundled up for a trip in -40° C weather to visit her grandparents, Zoe refused to let her parents pull up her coat zipper, even though it was getting stuck. “Her first words were, ‘I do it my own self,’ ” Vaune says. “I had to go sit in the living room with Mitchell, because she just wouldn’t quit.”

It was also around that age when Zoe put on her first pair of skates. “As soon as her foot stepped on the ice, a big, warm smile came across her face,” Kevin says. Zoe immediately took to figure skating, and had her first ice show at the age of three, where she dressed up as the Cookie Monster. “They don’t do much at that age,” Vaune says. “They might just touch their ankles or glide.”

At home, Zoe helped out around the house, though this sometimes caused havoc. When she was four and wanted to brew coffee for her dad, she put too many filters into the coffee maker and too much water. When the coffee overflowed onto the floor, Zoe tried to clean it up on her own before her parents found out. “She had seen a Swiffer ad on TV one time, where the lady sprayed some solution on the floor,” Kevin remembers. “She proceeded to spray the floor with baby oil and she was trying to clean it up with our Swiffer.”

The family moved to Carnduff, Sask., in 2006 for Kevin’s work. Zoe played baseball and ran cross-country. She also enjoyed swimming, later becoming a junior lifeguard. In the winter, she would join her dad for frequent snowmobile rides, most of which included time to chat and relax by a campfire with hot dogs.

At the age of nine, with Zoe looking for more ice time for figure skating, the family started driving 90 minutes once a week to Virden, Man., for practice. Pretty soon, it became twice, then three times a week including an overnight stay. “Here she was, jumping and falling, jumping and falling, and she never gave up,” says her coach, Patricia Hole. As Zoe’s commitment grew and the commutes became tougher, at 15, she asked her family if she could move to Virden full-time. She said she could attend high school there and be closer to the skating rink for practice. Her parents agreed, and Zoe came home to visit every weekend. “I would text Zoe and tell her that Maisy misses her,” Kevin says, referring to the family dog. “I didn’t want to let her know that it was maybe me missing her more.”

Zoe excelled at school in Virden, loving science and math, especially. At the rink, she was quick to give a helping hand to others, even those who were years younger. For Faline Meredith’s daughter Jenna, Zoe quickly became a big sister. “She would help tie Jenna’s skates or get her ready for competitions,” Faline says. “I can’t tell you the last time [for] figure skating I did Jenna’s hair, because Zoe would do it.”

Although she never excelled at the on-ice jumps, Zoe’s best moves included spirals and pulling her leg above her head. “She had more flexibility than anyone I ever knew,” Patricia says. “We would make sure she had some nice leg lifts in her program.” In September 2014, Zoe travelled to Paris, Ont., for her first competition outside the Prairies. Being around other skaters who were at a higher level didn’t faze her at all. “She just skated in her own little world,” Patricia says.

On her 16th birthday, Kevin surprised Zoe at the rink in Virden with flowers and balloons. Before they went out to celebrate, she skated a lap while holding her gifts as her friends sang Happy Birthday.

On March 22, Zoe completed her National Lifeguard Service certification, a course she took over the span of several weekends in Brandon, about 75 km east of Virden. After finishing the final test, Zoe asked her parents if she could go to a gathering with friends that night, and they agreed. The weather was snowing and the roads were icy, as she drove on her own. In the poor conditions, she lost control of the vehicle, which slid off the road and into the Assiniboine River. The local fire department came to the scene after a passerby noticed the partially submerged vehicle. Zoe was rushed to hospital, but was pronounced dead later that night. She was 16.