Logan Paul isn't alone in exploiting suicide, so why do others get a pass? 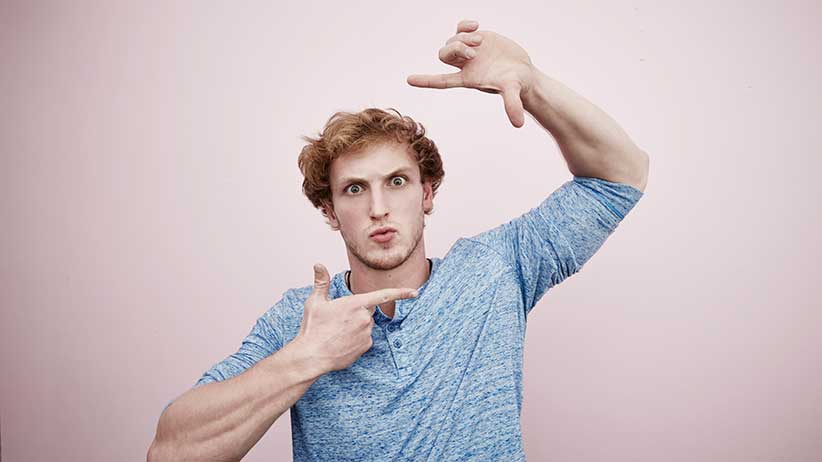 We need to talk about suicide.

Or, more accurately, we need to talk about the way that we talk about suicide.

Imagine a journalist demanding to know intimate details about the death of someone who died from cancer. Imagine someone arguing it’s not just acceptable but downright necessary to dissect the private life of someone who died of a stroke. Imagine all of this being done in the name of awareness of these diseases, as if the public’s right to so-called awareness trumps consent.

And yet, they are rarely given that.

On December 31, social media star Logan Paul uploaded a video to YouTube for his 15 million subscribers with the title “We found a dead body in the Japanese Suicide Forest.” The clip, which has since been deleted, delivers exactly what the title promises: The 22-year-old vlogger and his friends enter the Aokigahara forest, a place that has been described as the most popular site for suicide in Japan, and discover what appears to be the body of someone who died by suicide. The body’s face is blurred, but otherwise no other steps are taken to protect the person’s identity.

The rest of the video veers between attempts at gravity and Paul’s signature mugging. At one point he apologizes to his viewers for this sad turn to what was supposed to be a “fun vlog” (though it’s hard not to wonder why anyone would go to a so-called “suicide forest” for a “fun vlog”) and says that suicide is “not a joke.” The video ends, however, with laughter and humorous reaction shots from Paul and his friends.

“I intended to raise awareness for suicide and suicide prevention,” Paul claims in the first of two apologies posted online after the swift and inevitable backlash to his video. “I did it because I thought I could make a positive ripple on the internet.”

Paul attempts sincerity, but it’s hard to buy his act. SocialBlade, a statistics website that tracks analytics, estimates that Paul’s monetized apology video may have netted the star anywhere between to $14,500 to $116,100 for the views and comments it garnered.

As with every story I see about suicide circulating the news, I ask myself the following questions:

Who is served by this narrative?

Who benefits from the telling this story?

In this case, the answer to both questions is, of course, Logan Paul.

Paul’s video is atrocious, of course, but the justifications he uses in his apologies manage to make a bad situation worse. Unless we’re talking about something relatively rare and unknown, the phrase “raise awareness” is nearly always a cop-out. After all, what person isn’t aware that suicide exists? And while Paul’s video is uniquely terrible, his belief that the best way to “raise awareness” about suicide is by exploiting people who have died by suicide is certainly not uncommon. It’s a problem that extends far beyond the edgelord YouTube content machine; in fact, one recent example of this view of suicide is the popular and critically acclaimed podcast S-Town.

S-Town was supposed to be a true crime story about a gruesome murder and subsequent coverup in Woodstock, Alabama. But within the first episode This American Life producer Brian Reed discovers that, in fact, the murder never happened. At this point the podcast’s focus shifts; instead of being about small-town corruption it becomes an investigation into the suicide of John B. McLemore, the man who asked Reed to report on the alleged murder in the first place. The series, which was hailed by outlets like The New York Times for “transcend[ing] the podcast procedural,” includes many ethically dubious moments such as an incredibly graphic description of McLemore’s death and a piece of information that McLemore specifically asked Reed not to record.

So why didn’t Reed receive the same pushback that Paul did? S-Town is obviously more of a nuanced production than Paul’s vlog series, but at its core it still violates the privacy and consent of a suicide victim in the name of financial and social capital. It feels like better production skills and a fancy public radio pedigree perhaps fooled many listeners into thinking that S-Town was not exploitive. But from McLemore’s perspective, it almost certainly was.

In some ways, the response to Toronto Star journalist Raveena Aulakh’s 2016 suicide played out along similar lines. Although Aulakh explicitly requested in her suicide note that her story not be shared—“Please don’t talk about me,” she wrote. “Please don’t let anyone write about me”—her wishes were not just ignored but deliberately trampled by the Canadian media. A particularly awful example of this was an essay by Jonathan Kay in The Walrusthat ran under the title “Show Us the Suicide Note,” in which Kay wrote that suicide is a “pathological act” and that people who die by suicide don’t have the right to “dictate the manner by which their deaths are reported.”

But who is served by these narratives?

Who benefits from the telling of these stories?

Certainly not John B. McLemore or Raveena Aulakh.

Suicide was decriminalized in Canada in 1972, and yet that seems to have had little impact on how we approach the subject. How else can we explain Kay’s description of it as a pathological act? Or the fact that S-Town is widely referred to as a “true crime” podcast? Even Paul’s apparent desire to get some kind of voyeuristic frisson by searching for bodies of suicide victims feels similar to those who used to get their thrills by watching public hangings. From a personal perspective, I’ve written about how after surviving a suicide attempt last year I felt like I was treated like a delinquent by emergency room staff. Even the language traditionally used around suicide—the word committed, for example—implies criminality. And, as with those who break the law, our culture predominately believes that people who kill themselves forfeit some of their most basic rights.

Of course, precautions have to be taken to make sure that people who are at risk of suicide are kept safe, but reacting to people in crisis like their behaviour is deviant or bad does little to ameliorate the situation. In fact, this attitude toward mental illness only increases stigma and leaves people who are struggling even less likely to ask for help. What incentive to stay alive do people like Logan Paul offer the suicidal? Besides the fear of having their deaths used as the butt of someone else’s joke, of course.

People who die by suicide don’t owe anything to the public—not an explanation, nor a learning experience, nor a chance to practice compassion. The living, however, owe victims of suicide the same dignity and privacy that they would extend to anyone else who has died.