"I was clearly demonstrating symptoms of PTSD." The actress and Air Force captain reflects on life in the #MeToo era.

By Lucy DeCoutere, as told to Sarah Boesveld, Chatelaine January 20, 2018 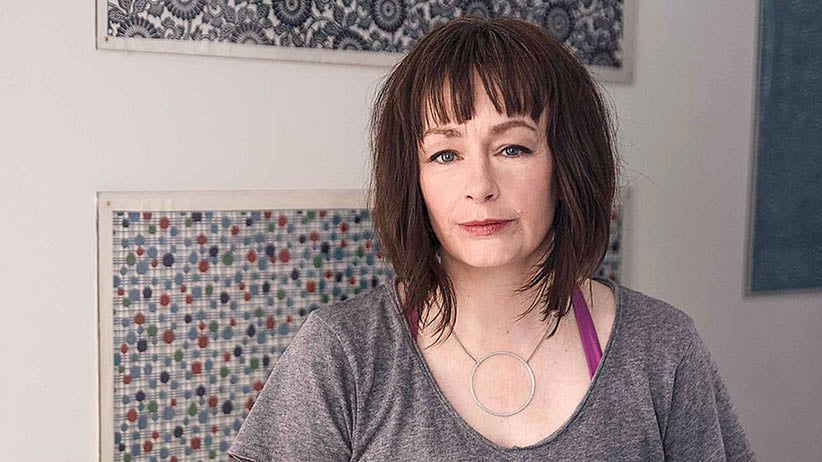 In early October, when the Harvey Weinstein story broke, I was on my way to Italy because some friends had sent me there. They had given me a trip to go on a cycling tour anywhere in the world as a way to shake off the Ghomeshi stuff, but for a whole year and a half I was so sick I couldn’t go.

Since coming forward, and through the trial and after, I had a lot of strangers talking to me about terrible things that had happened to them. That was really humbling and totally overwhelming, but something for which I wasn’t prepared or equipped.

I came out of that whole thing feeling really depleted. I remember going for a short bike ride after the trial and on the way home, I fell asleep on the 10-minute ferry ride and then I got back to my house and slept for 18 hours straight. Then a bunch of my hair fell out and I became a nervous wreck. If anyone touched me, I would just recoil. I couldn’t watch movies because it was sensory overload — every hair on my body stood up in a really primal kind of way. I couldn’t watch Stranger Things, or anything that was in any way dark. I picked fights with strangers, which is not my style, really.

I was clearly demonstrating symptoms of PTSD. I got it checked out, and it turns out my entire adrenal system collapsed because I’d just been pumping out so much cortisol. I probably shouldn’t have even been biking that much in preparation for this trip in October, because there’s a danger to cycling that, for me, gets your adrenaline going in a way that’s not productive.

So here I am in Frankfurt on a layover en route to Florence and my phone rings. It’s a Canadian TV station: “Do you have any comment on the Harvey Weinstein case?” And I was like, “Are you f—ing kidding me?” I had read about the Weinstein thing and all I could think was “same difference.”

When you take the humanity out of it, these women who came forward are hot millionaires who are white. They were being listened to in a way that made the story stick and have traction — and the latter part is great. It’s kind of disheartening that’s what took for the story to have wheels, but it’s great that these women are getting a voice. My heart breaks for them as they go through the world because they’re already known faces, so different kinds of people will approach them now rather than being approached for being on that show that everyone likes.

So in Europe, I was getting a lot of correspondence from folks and a lot of trolling.

Watching the #MeToo hashtag spread, again the burden and responsibility of telling these stories fell to the women. Watching that was pretty upsetting because #YesAllWomen and #BeenRapedNeverReported or #IBelieveLucy — it’s all the same hashtag. And people did believe me when I came forward.

I think what’s different now is that some men are thinking, “Yeah, I was kind of a jerk and now I’m thinking about that.” That’s important. I think a lot of men who know they’ve been dubious with consent are nervous in a way that’s probably good.

I don’t know if things would necessarily have gone differently for me now because our understanding of rape culture is different. I guess what’s interesting is people are pursuing different legal avenues.

I guess the parallel we could make to the change of tides is the Soulpepper scenario where those women took civil action. To be honest, I haven’t read any of that stuff. I don’t have the stomach for it. I wish I’d known the civil path was a thing at the time, but I didn’t have the means to take Ghomeshi to court. I didn’t want money from Jian Ghomeshi at all. Although now I wouldn’t mind, maybe, to pay for my naturopath. It would’ve been cool to invite an actual conversation with the guy of the hour instead of having a conversation in front of him in court with a woman who was a stranger. I kind of wish I’d watched the Ghomeshi trial happen before I went through it, so I would’ve known. I was so, so naive.

If someone were to ask me today what they should do if they’ve been sexually assaulted or harassed, I’d say try to deal with it at the lowest level. If it’s the kind of person you can have a conversation with in a safe environment, do it. And if you can’t, tell the people who are around you and close to you and have them on your side, if you’re going to tell anybody. And I still would say that while the bigger systems that are in place for solving these problems are catching up, I do think alternate dispute resolution is the way to go. Conflict resolution actually offers closure.

MORE: How men can be allies in the fight against rape culture

My purview has shifted so drastically that I can’t be unbiased about this and talk about it any way that’s not entirely subjective. But the fact that these are stories that are in the news that are toppling down, that it turns out these men’s castles are built on sand — there must be a shift. The whole Time’s Up thing at The Golden Globes was so cool because women on the red carpet, for the first time, were asked questions of substance, instead of “Is your bangle Bulgari?”

Overall, I’m still recovering and I’m still looking for vocabulary to punctuate all this stuff. I still get a little jumpy about certain kinds of conversations. Maybe that’s how it’s going to be now. I’m a different person from how I was three and a half years ago. And I don’t like that necessarily.

But I’m in much better condition than I was. I talk to people now again, which is nice. I’ve had people say I look better, as opposed to…well, I had some friends who were quite worried. I watched all of Stranger Things over the Christmas break. That, to me, was a very big deal.