Meet the Canadian who's seeking stardom in Japan's sumo world

Brodi Henderson left behind football scholarships in B.C. to become the only current North American member of the illustrious Japan Sumo Association 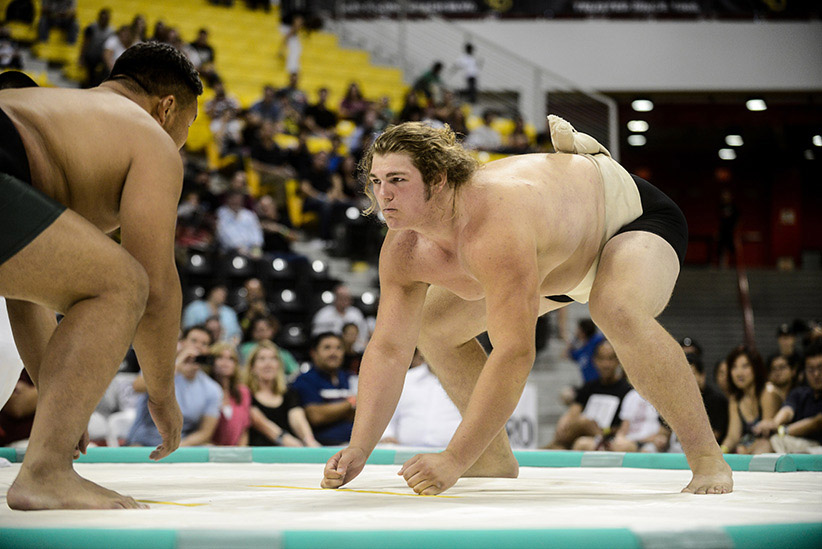 To say that Canada isn’t a major world player in sumo wrestling is an understatement. On a Wikipedia page titled “Canadian sumo wrestlers,” there are two entries—and they’re just different names for the same guy.

So when Brodi Henderson, a six-foot-seven 20-year-old from Victoria earned a spot on a team in the Nihon Sumō Kyōkai (Japan Sumo Association) in February, it was big news. Not only is the 360-lb. wrestler the illustrious league’s only current North American member, he’s also the first Canadian to join its highly exclusive ranks in nearly 30 years. When Henderson arrived in Japan, he was an instant celebrity; a score of reporters greeted him at the airport, his face graced the front page of a local newspaper and he was even featured in a comic strip.

His time in the Japanese limelight didn’t last long, though. At the training centre, a monastery-like environment where he lives with other wrestlers, Henderson sleeps on the floor, rises at 5:30 a.m., works out for hours and maintains a high-calorie diet. He has virtually no phone or Internet access; he’s allowed to write one letter home per month.

“It’s awfully tough when you’re isolated like that,” Lee Henderson, Brodi’s father, said this week. “But it’s a great opportunity for him.”

Henderson discovered sumo in his mid-teens after years spent playing hockey, football and lacrosse. He studied judo as well, but was forced to stop when coaches were concerned he’d accidentally injure his opponents. At 15, already more than six feet tall, he competed in his first sumo open.

The family—which includes two younger sumo-wrestling brothers back home—set up a pair of rings in their backyard, where Henderson would tackle tractor tires, water drums and a waterlogged punching bag for practice.

Last September, Henderson travelled to California for the U.S. Sumo Open, North America’s de facto sumo summit. He advanced round after round to find himself staring down American favourite Kena Heffernan in the men’s openweight finals. From the opening charge, Henderson took control and, within seconds, it was over. He was victorious—and with the win came his ticket to the Japan Sumo Association.

Henderson left a pair of university football scholarships behind in B.C. to pursue sumo, but the wrestling community in Canada and abroad sees the making of a sumo superstar in him.

Would someone update that Wikipedia page already?