A master Flemish Giant breeder discusses the show breed after the death of Simon, one of the world's biggest rabbits 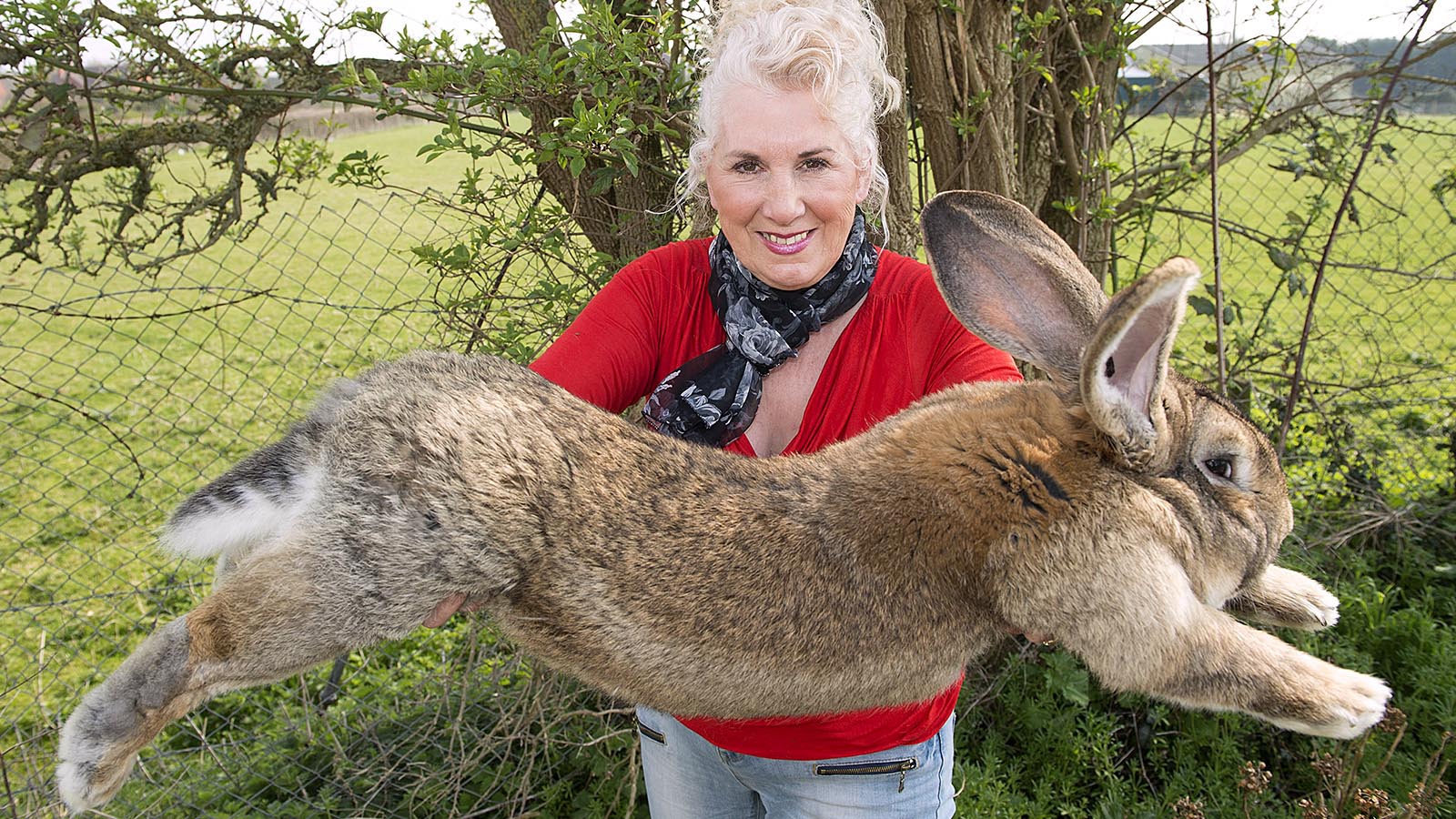 United Airlines is facing another PR disaster after what could have become the world’s largest rabbit died yesterday (25 April) on one of their flights. 10-month-old continental giant rabbit Simon, who measured a whopping three foot, died in the cargo hold of a United Airlines Boeing 767 while travelling from Heathrow Airport to Chicago. Simon was expected to grow to be the world’s biggest rabbit after his father Darius grew to 4ft 4in (1.32m). (Mcfadden/ANL/REX/Shutterstock/CP)

United Airlines served up more meme fodder for Twitter on Wednesday after a Flemish Giant rabbit, potentially the biggest of its species in the world, was found dead in the cargo hold of one of the company’s planes last week. The animal, Simon, was travelling from London Heathrow to—in case matters weren’t face-palm appropriate enough—Chicago’s O’Hare International Airport. Simon’s owner said the rabbit was perfectly healthy before boarding the plane, and while United was “saddened to hear this news,” they offered no explanation for the death. As the Internet continues to lose its mind over the loss of Simon, we spoke with master Flemish Giant breeder Bill Mairs in Walhachin, B.C., about his experience with the gentle giants and what might have happened to Simon.

Q: What is a Flemish Giant rabbit?
A: It’s the largest domesticated rabbit in the world. Here in Canada and the U.S., they’re usually called Flemish Giants, but they go by Continental Giants in England, or German Giants in Europe, too. There’s lots of stories about how they were bred and why. One is that they were crossed with the Patagonian rabbit in Europe for their meat and fur. Nowadays, the meat packers don’t want to deal with them. They say they’ve got too much meat-to-bone ratio. Now, I’ve never heard any cook complain about that. Nowadays, they’re mostly raised for show.

Q: How did you get into Flemish Giants?
A: About 36 years ago, I was running my own business, and I had no time to myself. So every month, I’d take two days off and go to a rabbit show. I got hooked after that and decided I’d start raising my own. I’ve raised 33 breeds of rabbits over the years. It’s a hobby for me—you don’t make any money at it, but it’s something to pass the time.

Q: Do you show your own rabbits in competitions now?
A: I do. I was in a competition just last weekend and we got best in show. It was an OK showing. The rabbit had prime sandy fur, but was 15.5 pounds. That’s a little smaller than I’d like. We had a tough winter out west here and they’ll need a couple more months to grow. The judges like rabbits between 16 and 20 pounds—22 pounds is probably the biggest I’ve seen.

Q: Do you show all your rabbits?
A: All the ones I keep. In one litter—let’s say that’s six rabbits—there’ll be two with show quality. They’re a good size and have a pure colour. The others I sell as animal feed to zoos. The new breeders, they might raise all six in the litter for show, but that’s not my style.

Q: Do you sell any as pets?
A: I used to, but I stopped doing that. I had too many coming back. Once the novelty wears off, I find owners will either send them back or release them into the wild. They’re domestic animals, so they won’t survive long out there.

Q: You’re considered a master breeder. How did you achieve that status?
A: Sixteen years ago, I went to England and paid $5,000 to bring back five rabbits. It’s the same species, but they have some different features. They have a darker grey fur, and they’ll stand upright. The Flemish Giants in North America have a sandy-coloured fur and they usually just lay down. Some people will try to tell you they’re different species altogether, but they’re not. Anyway, when I first brought over the Continentals, other breeders didn’t like what I was doing. They thought I’d change the colour of the rabbits—the judges like the sandy fur. But soon they warmed up to my rabbits and I started selling them to breeders. Now I’ve got breeds from the Netherlands and Germany. All the European ones have really taken off in popularity in North America in the last few years.

Q: You’ve heard about the Continental Giant that died on the United Airlines flight. Should that rabbit have been shipped in the cargo hold like that?
A: That’s how I’ve always done it when I’m bringing rabbits over from Europe. That shouldn’t have killed it. There’s a contagious virus called RHD-2 going around in Europe that infects rabbits. They’re not supposed to compete [or travel] if they haven’t been vaccinated. It’s possible that one wasn’t—who knows—and that could have made the rabbit vulnerable during travel.