Menswear gets casual—maybe too casual?

Even the suit is being dressed down in the latest trend, the Frankensteinian shorts suit. But that might actually represent progress 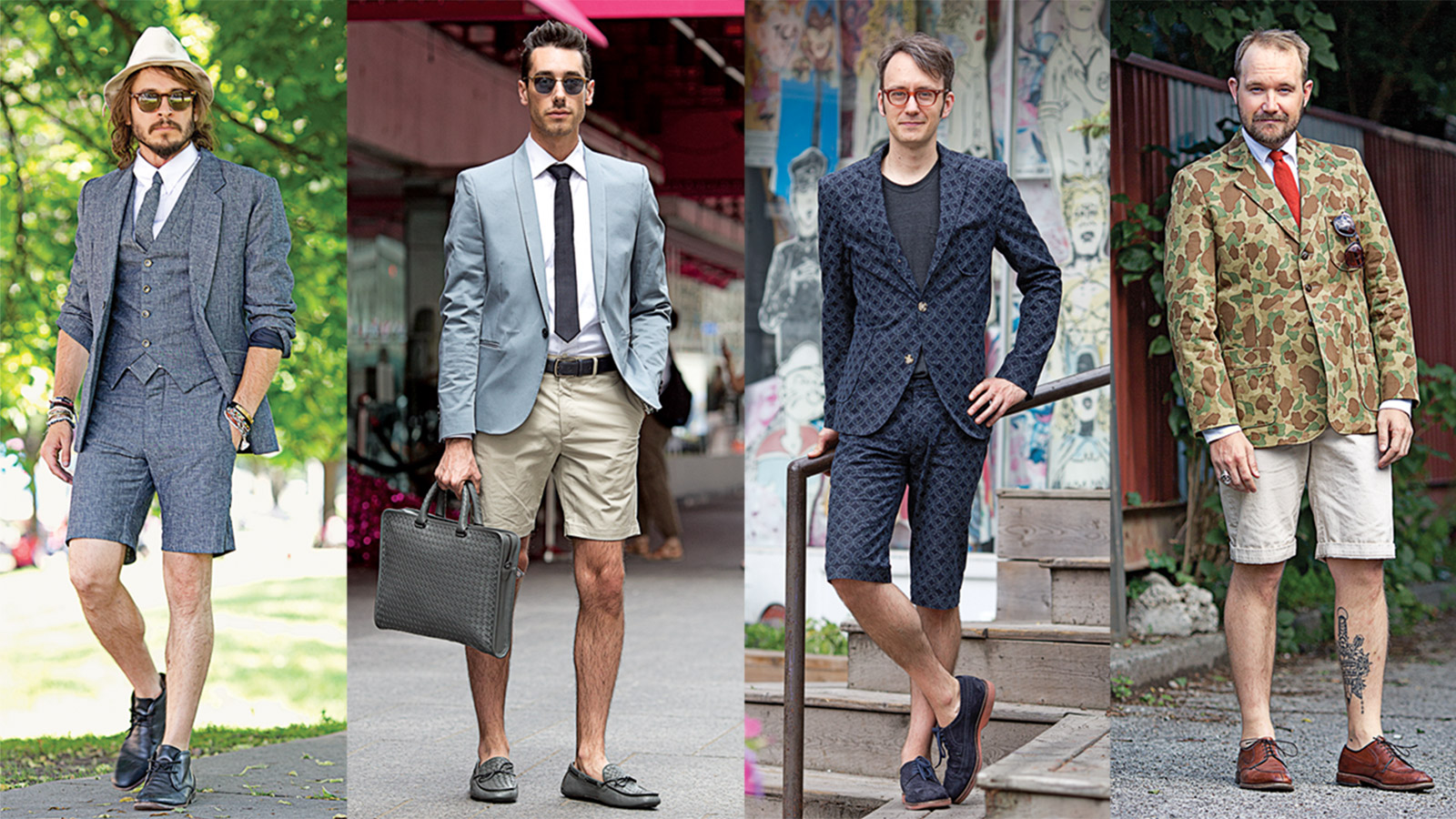 Talia Brown has been a personal shopper in Toronto for about a decade, and she’s gotten all kinds of unusual requests. But when a man approached her earlier this summer looking to attend a wedding in Italy wearing a shorts suit—a Frankensteinian fusion of a blazer with cropped trousers—it took her aback. “It’s a weird thing to shop for,” said Brown. They had to go to five different chi-chi Yorkville retailers—Harry Rosen, Holt Renfrew—before finding one at a small boutique. The salespeople they met along the way were helpful, eventually: “One dapper older salesman asked if we were sure that’s what we were looking for.”

Fair enough. After all, the shorts suit has long been the realm of haute couture’s vanguard, but even when our most stylish figures step out in it—as musician Pharrell Williams did, to much tittering at the Grammy Awards—it feels gauche. In a way, it is the fashion world’s mullet: the shorts suit is business up top, party down below.

Yet this ultimate dressing-down of menswear’s most dressed-up item is beginning to hit the mainstream. This summer, mass-market retailers like J. Crew and Topman began selling them. Today Show host Matt Lauer wore one on his flagship morning show in a showcase of the latest in men’s summer fashion.

It’s just the most obvious example of a trend that may be causing fusty traditionalists to pop out of their cufflinks: the casualization of menswear. “You think about our grandparents’ generation, and they would’ve worn a suit and a tie every day to work,” said Brown. “My grandfather is 94 and doesn’t have to work, and he still wakes up in the morning and puts on a collared shirt and tie and suspenders.” In a recent panel discussion, designer Kenneth Cole said only nine per cent of Americans wear formal business attire to work. Even celebrities have eschewed black-tie-black-suits for navy blue suits—once seen as a louche, casual colour. We may be in a Mad Men moment, but look around: high-tops and T-shirts are still far more commonplace than wingtips and Oxford shirts.

It was to capitalize on this shift that Chris Riccobono founded Untuckit, a New York company that offers a correction to that slovenly staple: the untucked button-down shirt. Upon graduating from Columbia University, Riccobono did market research and discovered that men wanted to wear their shirts untucked, but found the shirts too long or too short. Three years after the company sold its first custom-length shirt, Untuckit is a hit; while Riccobono wouldn’t divulge numbers, he said revenue was in the millions of dollars, with 400 per cent growth from the previous year. “We’re growing faster than we can handle,” he said.

The casualization is at least partly a reflection of the evolution of work, says Diane Craig, president of Toronto image consultant firm Corporate Class, pointing out there are fewer jobs in the stuffiest industries—untucked shirts would never infiltrate the Bay Street set, for instance, though even some law-firm employees, she added, now get away with one. It may also be a reflection of the changing nature of work: who wants to wear a tucked-in shirt and tie through a 12-hour work day?

But is this a bad thing? Daniel Goodbaum, who documents street style for The Globe and Mail and the online series TV City, says casualization doesn’t lower the common denominator—it raises the median. More things that fit better, even if they’re button-downs or shorts, are a good thing, and there are more well-fitting options than ever before. Gone are the tattered jeans of yesteryear—they’re designer, or skinny. Untuck your shirt, and it’s custom-cut for just that purpose, rather than sloppily hung. “Those kinds of casual dressers are people who otherwise wouldn’t be dressed up at all, so it’s still a step toward a degree of formality, and they’re finding ways to make it more casual,” he said. “This is their entry point to more fancy methods of dress.”

Still, it’s a brave world of fashion out there, and men still want to walk, not run, through that door. That’s why the bold shorts suit—just like the mullet—is likely not long for this world.