'Now we get to work': Mike Downie on his brother Gord

The Tragically Hip’s Gord Downie spent the time before his death focused on Indigenous issues and reconciliation. His brother Mike talks about moving the mission forward. 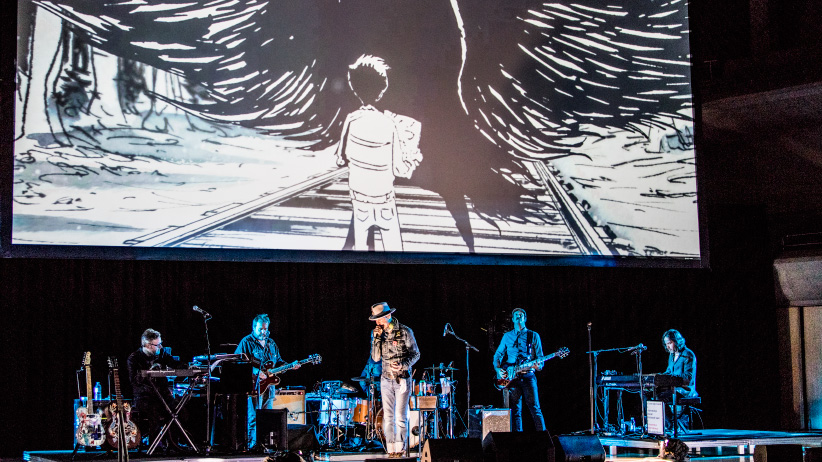 Mike and his younger brother Gord Downie grew up in Amherstview, Ont., with their parents Edgar and Lorna and their siblings Charlyn, Paula and Patrick. Mike and Gord shared a bedroom, played hockey outside until they annoyed their neighbours and cheered for the Boston Bruins.

It was Mike, now a documentary ﬁlmmaker, who first learned about Chanie Wenjack, an Anishinaabe boy who ran away from a residential school near Kenora, Ont. The 12-year-old died while trying to walk more than 600 km to find his home. Mike shared the story with Gord and together they created Secret Path, a multi-platform project that combines a music album, graphic novel and film dedicated to Wenjack’s life. In 2016, they founded the Gord Downie & Chanie Wenjack Fund, an organization aimed at improving the lives of Indigenous people. Mike spoke with Maclean’s about the fund, continuing Gord’s vision for reconciliation and growing up with his brother.

Q: What drew you and Gord to Wenjack’s story?

A: When I first heard the story five years ago, I shared it with Gord the very next day. What hit home was how little we knew about residential schools. Gord felt that this was a story that all Canadians needed to hear. He was touring the country and singing about these Canadian things. As a filmmaker travelling across the country making documentaries, I felt the same way. Gord’s gut told him that this was a story that is so universal—a little boy trying to get home. We believed that sometimes one story can do what all those numbers can’t, which is really make you care.

Q: How did the album evolve from those discussions?

A: We started compiling research on what happened to Chanie. We wanted a writer to come along and write a novella or story about Chanie that we could turn into a film. That was our original idea. While we were waiting, Gord started writing poems and began walking in Chanie’s footsteps a little bit, and that sent us in a whole different direction. Eventually, those 10 poems became 10 songs.

Q: Now that Gord has left us, what happens to the Gord Downie & Chanie Wenjack Fund?

A: Now we get to work. Gord’s belief was that our country has a lot of work to do, and he believed that our national identity was ready for a real shakeup. I think we have fooled ourselves into believing we’re a young country when we’re not. We’re really a country that’s ignoring its deep past and 12,000 years of existence. The fund wants to inspire non-Indigenous Canadians to learn more about Indigenous lives and cultures. We want to be there to help make that happen. Gord inspired a lot of people to learn about the challenges facing Indigenous people, and we want to continue to inspire them to continue moving down the path toward reconciliation.

A: We started the fund with the Wenjack family, and they sit on the board. I had the idea for the fund over a year ago. I talked to Gord and told him that I think we can capture some of this energy around Secret Path. We now have a fund with an Indigenous program director and an Indigenous-led steering committee. Gord and I wanted that in the DNA of the organization right from the start. In Gord’s name, we have the ability to reach a lot of people. We want to provide opportunities for Indigenous leadership.

Q: What did reconciliation with Indigenous peoples mean to Gord?

A: It meant the truth. For the both of us, trying to understand the truth in what happened is a big, important first step. I think Secret Path helped with that—we really wanted Canadians to know one story from a residential school that represented the truth of a lot more stories. If there are three phases to reconciliation—awareness, education, action—I think it’s up to non-Indigenous Canada to first own up to what happened and as individuals to think about what we can do to make up for it. 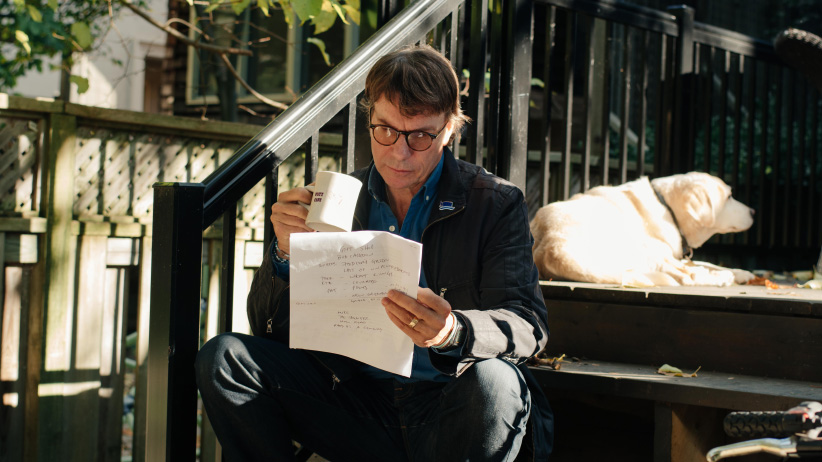 Mike Downie at his home in Toronto. (Photograph by Ian Patterson)

Q: Last year, Gord was honoured with an Indigenous spiritual name, “Man Who Walks Among the Stars,” from the Assembly of First Nations and National Chief Perry Bellegarde. How much did that mean to him?

A: That meant a lot to Gord. He really took that to heart—he was so proud. It was just a beautiful moment, and to have that acceptance from the Indigenous community really meant a lot to both of us. For them to honour him that way—it was a great accomplishment.

Q: What do you hope the fund achieves in the future?

A: I hope the fund makes our country more inclusive and motivates people to explore a 12,000-year-old way of life. More importantly, I hope it helps make our country a place that our Indigenous brothers and sisters can be proud of.

Q: Gord has always been a storyteller when it comes to his music and was known for writing songs about local struggles. Why do you think Gord became concerned with the social issues and questions of justice that infused his lyrics?

A: For Gord, these kinds of things—like the wrongful conviction of David Milgaard [the subject of 1992’s Wheat Kings]—would stay with him. When there was something that wasn’t right, it really bugged him. I would say his most obvious outlet was the pen, and that’s where he would think about it. I don’t think he had a greater sensitivity or antenna for these kinds of things, but the ones he caught, he wouldn’t let go of.

Q: At the same time, his music cherished every corner of Canada. For Gord, what did it mean to be Canadian and to represent that in his songs?

A: I think Gord made people feel really Canadian, but I don’t think he set out to do that, to take on that mantle. I think it just kind of happened. Gord, like a good writer does, wrote about the things he knew about and cared about. Those Canadian references in his lyrics took it to a deeper level for the audience, but he didn’t really think about that.

Q: Did he ever talk to you about the Canadian identity?

A: The most we talked about it was within the past two years. Last year, we talked about Canada 150 and about how we shouldn’t be just talking about 150 years since Confederation—we need to be thinking about what we’ve done to Indigenous peoples. Gord’s belief was that we can certainly make a better country, because he wasn’t satisfied. He applied that same work ethic to the songs and the poems he wrote, and the music he made and recorded. He had a constant drive to do better and he had that almost all of his life.

A: We had a pretty great childhood in the ’60s and ’70s. We had a nice big family and a couple of loving parents. We lived on the local toboggan hill and had a pretty idyllic childhood. Gord was just a little brother. Growing up, his prowess was more as a goalie or an athlete—he was always a good athlete. That was what he was really good at in those days.

Q: Do you have a special childhood memory with Gord?

A: We were, and remain to this day, hard-core Boston Bruins fans. Gord and I always shared a room, and I had this little red transistor radio. We would be lying in bed, and some nights you could pick up the signal of a hockey game all the way from Boston. You had to lay in bed with one arm raised to find that signal, and it would cut off just as Bobby Orr was flying in on a breakaway. We’d toss the radio back and forth when our arms got tired. When we would hear our mom or dad coming to the room, we’d quickly hide the radio underneath a pillow and pretend to be asleep.

Q: When you look back, do you remember the first time you realized Gord had something special about him?

A: I don’t know. Gord always had a little bit of magic—he had it on stage, in the studio, at home when he was working on his lyrics. He worked hard at what he did, he loved what he did, he had fun with what he did and he was proud of what he did. I think when you mix all of that together, sometimes really good things happen. It’s hard to believe that all this happened in the past 30 years, but I’m glad it did. And I’m really proud of my brother. I think he made a big difference in this country, I really do.

Q: How would you like Gord to be remembered?

A: As a great guy who really gave a s–t.