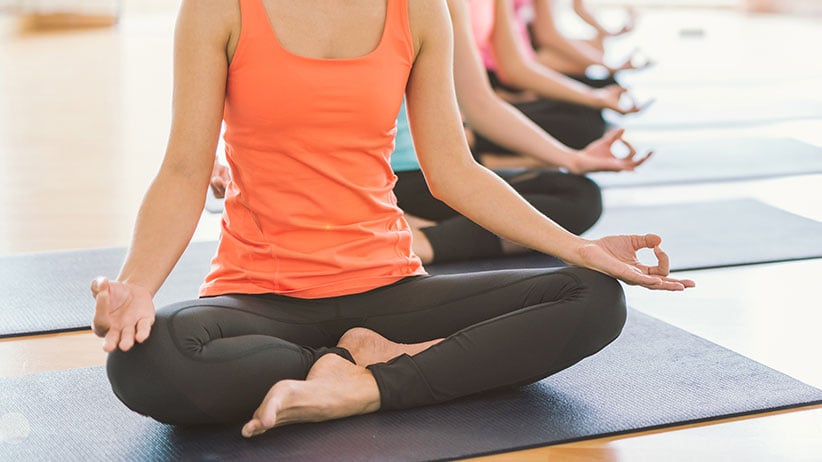 Last weekend, as Donald Trump rage-tweeted while America burned some more, the New York Times published an op-ed column with the click-bait title “Why Yoga Pants are Bad for Women.” It contained no breaking news about yoga-pant fabric containing a newly discovered carcinogen. Nor was there any reference to well-known concerns about possible health effects of wearing the garments for long periods of time. Instead the poorly argued column by Honor Jones claimed yoga pants were “bad” for women because women wear them to feel “sexy” in response to social pressure; she advises women work-out in less form-revealing sweatpants instead. Jones’ epiphany occurred while she was on the elliptical at the gym, a metaphor for solipsistic op-ed thinking if there ever was one: “The gym is one of the few places where we’re supposed to be able to focus on how our bodies feel, not just on how they look,” she writes. “We need to remember that. Sweatpants help.”

With lines like that, it’s tempting to imagine that Jones, a senior staff editor for the paper’s Opinion page, was trying her hand at social satire. Sentences better suited to The Onion abound: “At this moment of cultural crisis, when the injustices and indignities of female life have suddenly become news, an important question hit me: Whatever happened to sweatpants?” Alas, she appears to be serious.

To put this all in unfunny context, many things are “bad” for women: female genital mutilation, having their children gunned down in school or die of drug overdoses, stalking, smoking, pay inequity, attacks on reproductive rights, child marriages, the gender gap in medical research, paying more for dry cleaning, intimate partner violence, and sexist columns in mainstream publications, to name a few. The threat posed by a comfortable item of clothing worn by women of all ages, shapes, and social classes isn’t exactly up there.

RELATED: How a cancelled yoga class stretches the point on cultural appropriation

So why are women’s yoga pants a target for the New York Times‘ censure? The derision does fit right in with the paper’s long-standing reportage on the perils of yoga (here,  here, and here). Jones too sneers at a practice that, now more than ever in an inflamed world, provides a calming reprieve for mind, body and spirit—and a healthier alternative to downing double scotches. Women who practice yoga are depicted as silly sheep: “Seriously, you can’t go into a room of 15 fellow women contorting themselves into ridiculous positions at 7 in the morning without first donning skintight pants?”

The attempt at humour reflects a retrograde narrative long present in mainstream media—a casual sexism seen under the bylines of both men and women that telegraphs the message that women are a singular entity receptive to being scolded and instructed as if children. The rise of the #MeToo movement has seen mounting moral censure, a new Puritanism, directed at how women present themselves, underlined by a call for decorum and more modest attire. That censure has predictably been met with reflexive blowback, seen in the reaction to former prime minister Kim Campbell’s tweet that women who wear sleeveless dresses on TV newscasts are “undermining” themselves; the country’s first and only female PM maintained baring arms in a professional setting is “demeaning” to women because men don’t expose skin equally.

There’s no question Jones’s mission to “bring back sweatpants” is calculated click-bait. But it’s dumb click-bait animated by such faulty logic one has to wonder whether the Times has Jones locked away in a hermetically sealed op-ed office out of touch with modern life. Sweatpants don’t need to be “brought back”; they returned years ago with the athleisure trend. And that saw the arrival of $400 versions from Yeezy; model Gigi Hadid made her fashion mark  wearing baggy sweats in public.

Jones bafflement over why women wear yoga pants to yoga (“What is it about yoga in particular that seems to require this?” she asks) also suggests she’s never attended a yoga class. If she had, she’d have seen loose cotton harem pants, shorts, even the occasional pair of sweatpants along with ubiquitous yoga pants.  It’s no mystery why women prefer “skintight, Saran-wrap-thin yoga pants:” they feel like a second skin and allow the wearer—and also the instructor—to check proper body alignment to prevent the sort of yoga-related injuries the Times routinely frets about.

Jones arrives at different conclusion using a tool of the lazy writer: the universal “we,” as if speaking for all women: “We aren’t wearing these workout clothes because they’re cooler or more comfortable…We’re wearing them because they’re sexy.” As she sees it, looking “sexy” at the gym is not a choice but one more societal pressure on women to look “hot” everywhere from dates to the office.

Jones knows she’s skating on thin ice but proceeds nonetheless: “Women who criticize other women for dressing hot are seen as criticizing women themselves—a sad conflation if you think about it, rooted in the idea that who we are is how we look,” writes the author lecturing women on what they wear.

Short of causing physical harm, however, clothing is neither “bad” nor “good;”  cultural norms assign moral meanings, particularly when worn by women.  (Try to imagine the Times‘ column: “Why bike shorts are bad for men”.) And that in turn provides fodder to judge, criticize and blame. Any deviation from script is questioned, witnessed in the coded outrage heaped on Michelle Obama for her preference for sleeveless dresses that displayed her strong, toned arms. Kim Campbell’s tweet, intended to point out a double standard on TV news (when’s the last time you saw a 70-year-old female newsreaders?), drew fire for conflating female objectification and exploitation with the fact women can choose to display skin. The idea that women won’t be taken seriously unless they conform to modesty norms established by Western society (read: old white guys) no longer flies.

Jones’s argument crumbles even more in her depiction of women as unable to think for themselves. “When yoga pants are the first thing grown women put on every morning, we can’t help absorbing the message that staying fit is our No. 1 purpose in life,” she writes. Let’s apply the same thinking to the case of women who put on a bathrobe first thing every morning: Would anyone say that they couldn’t help absorbing the message that lounging around the house is their No. 1 purpose in life?  “Women can, of course, be fit and liberated,” Jones allows, suggesting women can’t be “unfit and liberated,” whatever “liberated” means. She then invokes the sort of empowerment lingo advertisers use to stoke female anxiety: “We may be able to conquer the world wearing spandex. But wouldn’t it be easier to do so in pants that don’t threaten to show every dimple and roll in every woman over 30?”

Easier for whom, one wants to ask. Concern that yoga pants reveal “every dimple and roll in every woman over 30,” as horrific as that may be to her, lays bare Jones’ underlying message: How dare women want to feel “sexy”! How dare they wear exercise clothing that reveals they need to exercise! It’s just one more call to women to conform to an impossible female ideal in which “every dimple and roll” needs to be hidden from sight.

Jones’ column was met with predictable ridicule and outrage, led by the rallying cry that grown women should be able to wear whatever the hell they want. But don’t expect it to be used as a cautionary lesson in how not to write an op-ed at journalism schools, should they continue to exist. Odds are it’ll be used as a model for how to do it. As of Sunday night, “Why Yoga Pants are Bad for Women” was the most-popular story on the paper’s website.