Colorado's Hardrock 100 is already one of the most gruelling races in the world. We talk to Adam Campbell, who finished it–despite an act of God 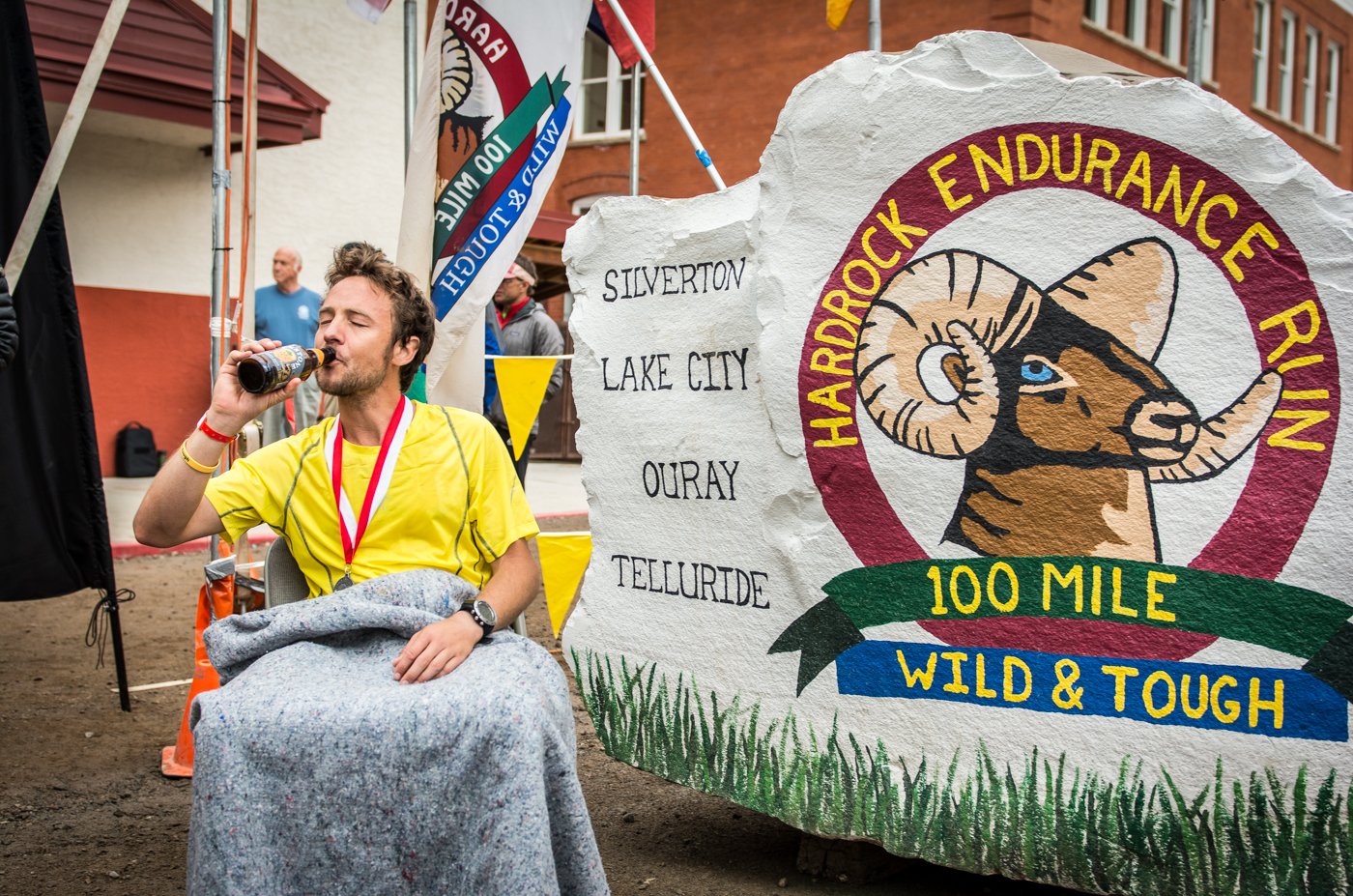 On its own, you have to be a particularly brazen kind of person to run the Hard Rock 100 ultra-marathon at all—a gruelling full-day 100-mile run featuring 13 mountains; the highest peak is more than 14,000 feet in the air. It’s considered to be one of the most punishing runs in the world, with rigorous qualifiers and lotteries to even be allowed to do it (only one per cent make the cut) to ensure that only the best of the best compete. Vancouver lawyer Adam Campbell, 35, accepted the challenge on July 11 and got even more than he bargained for. Halfway through the race, at its highest peak, he and a friend were struck by lightning from a sudden storm. Undaunted (but admittedly shaken), he kept going and finished the race in third place, running it in just 25 hours and 56 minutes.

Campbell spoke to Maclean’s about the terror on the mountain’s peak, why people subject themselves to such improbable athletic challenges, and why his friend’s mom is probably pretty unhappy with him.

(Laughs) So it’s a 100-mile race in the San Juan mountains of Colorado, and the race has about 65,000 feet of elevation change total–32,000 feet of ascent and 32,000 feet of descent. At different sections of the race, for safety reasons and because you’re very exposed and there’s basically no chance for rescue, you’re allowed to pick up a pacer, who’s a crew member who will accompany you during that stretch so you can look after each other. So I picked up my pacer, my good friend Aaron Heidt, and I had just moved into third place at that point–about 60 miles into the race–when we climbed to the highest peak in the race. It’s called Handy’s Peak, it’s a 14,000-foot mountain, and you’re well into the alpine at that point, there’s no big rocks or trees or anything, it’s a big exposed mountain. Dusk had started to settle, and we looked over and we could see this unbelievable sky—vibrant red colours and beautiful jagged peaks, but we could also see really bad clouds starting to roll in. We could tell a storm was going to happen, which is a bit unusual for that area—they usually happen in mid-afternoon, not dusk hours. So we stopped and put on jackets and headlamps. It started to rain really hard, and the temperature was dropping really quickly. There was nowhere for us to go, so the only option for us to try to go up and over the mountain as quickly as we could.

So we were 200 m away from the summit, and literally as we turned, we saw this lightning strike like a cobweb—it was a series of bolts across this domed summit. We kept pushing forward. We figured we’d be safe at this point, because something just struck and normally there’s a bit of a delay before the next bolt, so we thought we should get up and over the summit as quickly as possible and get to safety. But the moment we got to the summit, there was this unbelievably loud sound, like a gun right in my ear, and this unbelievably bright light. You could just smell the electricity in the air and hear this crackling all around us. We were knocked off our feet and we were both really, really scared, and just swore a lot. My headlamp had popped at the time and made this loud cracking sound, but both Aaron and I looked at each other, asked “are you okay,” did a self-assessment, and we didn’t hesitate—we had to get out of there. There wasn’t a trail, so we were running basically down this rocky bouldery chute, still pitch-black with heavy winds and rains, until we could get somewhere and stop and compose ourselves and ask, “Did that really just happen? Were we just struck by lightning?” Then we decided to keep running the race at that point.

The lightning had hit my headlamp. I still have it, actually, and once I changed the battery out, it actually still works. In the end, the electrical system just got cooked. We were very, very lucky. 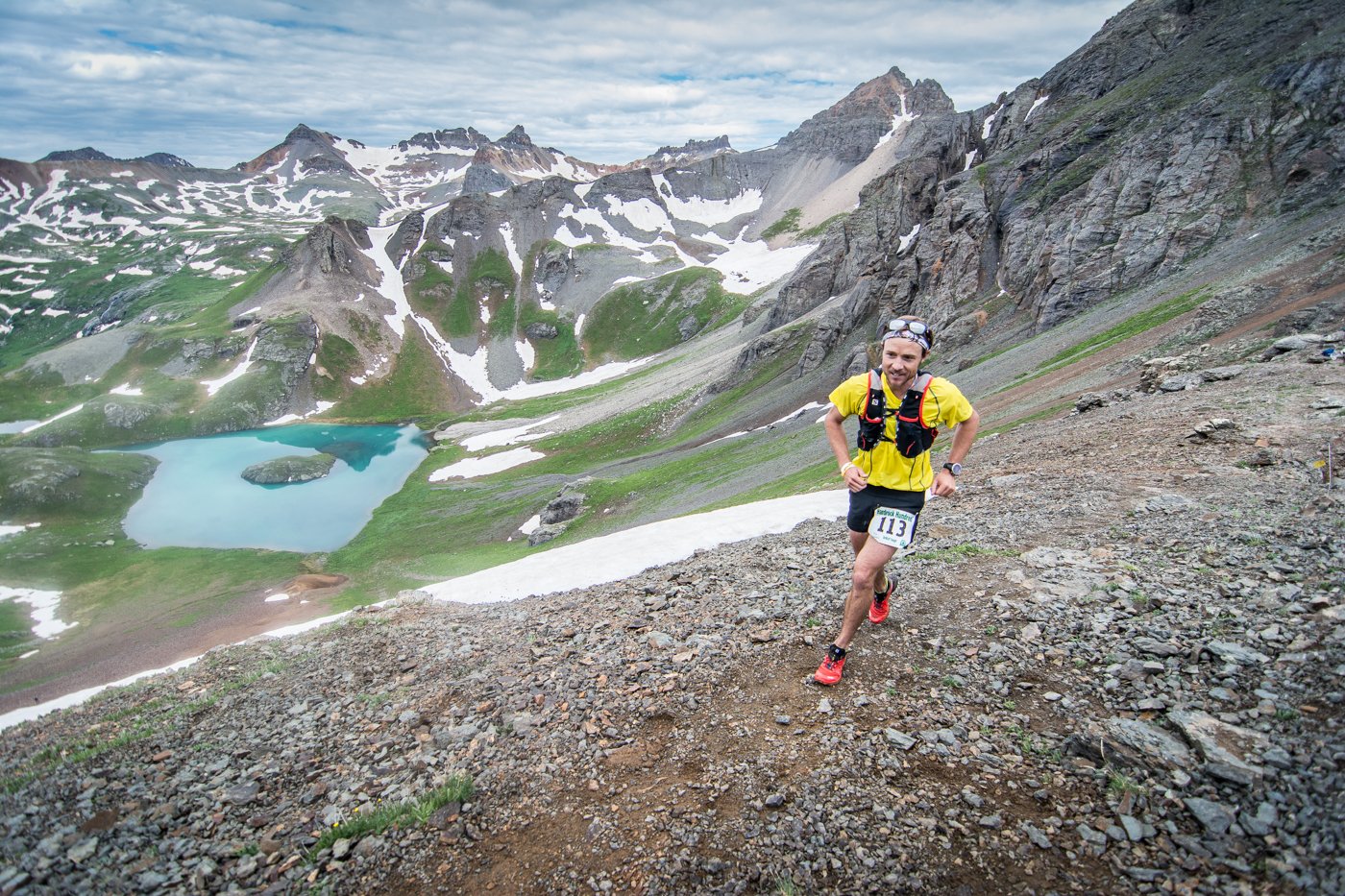 Q: There are going to be people who call you crazy for continuing to run.

Yeah, and it’s kind of crazy to run a 100-mile race in the first place! (Laughs.) But storms can change really, really quickly, and we didn’t feel like there were any safety risks when we left the sheltered area. But once we found ourselves in a dangerous situation, the last thing you want to do is stand still. You have to keep moving. It would’ve taken us as long to get back as it did to move forward, so we figured we should move forward. There are certain risks associated with big-mountain terrain and weather. But I spend a lot of time in the mountains and bad weather. You just have to be able to extricate yourself from that situation, and that’s just what we did.

Q: So what draws you to these gruelling runs?

I’ve been an endurance athlete ever since I was young. I used to cross-country ski race; when I was in university, I made the national triathlon team and so I competed on the World Cup circuit as a professional triathlete and actually dropped out of school to do that. Then I went to law school but I always really enjoyed being in the mountains and running long distances, and slowly the races became longer and longer and a bit more committed, and it’s a bit of a mix of mountaineering and racing now.

Q: But what do you get out of it? Is it really just bragging rights?

It’s just huge personal satisfaction. It’s a really big goal to set for yourself and I love the satisfaction I get from finishing. I’m a lawyer, but I’m happiest in motion. I get to spend a lot of time moving in the terrain I enjoy being in, with people I like. The community that you get at these kinds of races is very grassroots, it’s a very small group of people, but you all have a very deep appreciation for mountains and physical activity. It’s really, really daunting to think I have to train and race for a 100-mile run, but it gets me out the door every day and training hard. It’s just a part of who I am.

Q: Why do people put themselves through these insane athletic endeavours? There’s Crossfit, there’s Tough Mudder, there’s these races…

Those races are all quite different. The Tough Mudder races, they’re a bit more … contrived. They’re obstacle races, I think they call themselves participation events. It’s about completion and accomplishment. And there’s not a lot of things in our day-to-day lives anymore that really challenge us or scare us. People live relatively safe lives, and this takes you out of your comfort zone, and I think there’s a primal need to do that, and these races do a really good job of doing that.

Q: So what does someone who’s been hit by lightning in one of the world’s most gruelling races do next?

Oh, I don’t know–just go for my daily run every day. It doesn’t change what I enjoy doing. I have a very healthy dose of respect for mountain environments and weather, and this just reinforces that, that safety has to be your No. 1 concern. When I’m out training, I’ll have a bit more gear with me, I’ll be a bit more cautious. But it’s all about calculated risks. Every race is unique and every race is individual. I wouldn’t go to a race if I didn’t think the environment was interesting. I do everything from five-kilometre road races to 100-mile marathons. But I’m looking for my next mountain adventure already!

Q: But it had to feel special, crossing the finish line, having been hit by lightning.

Oh, it really did. One, I had a huge sense of accomplishment, because other than a lightning strike, I had a perfect race. I was very proud of how I was able to execute my game plan on the day. And yeah, also just a sense of relief at surviving. When I crossed the finish line, Aaron actually came up to me and just kissed me. We had gone through something very, very significant together. And Aaron, me, and another pacer all just hugged. Aaron was there through a potentially life-threatening situation. You develop a really close bond there. I had known Aaron for six or seven years through running, and the funny thing about that is a few years ago, Aaron and I were doing another race in Colorado, a team race, and Aaron tripped and fell face-first onto a rock, and broke a whole bunch of teeth. So after that race, Aaron’s mom was like, “You’re not allowed to run with Adam anymore.”

Q: So she’s probably not very happy with you now.