The memory of Canada's late ski-pipe star, Sarah Burke, lives on in Sochi 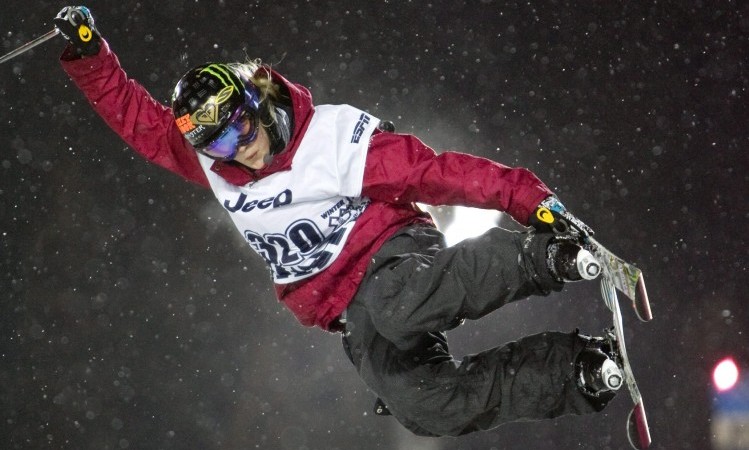 Sarah Burke made it to Sochi. Obviously not the way she—or the family, friends and teammates she left behind—wanted it. But she had her Olympics experience all the same.

Her coach and close friend Trennon Paynter brought her ashes in a special glass cylinder, sent by the Canadian Olympic Committee and emblazoned with the five rings and the red maple leaf. The leather carrying case, he made himself, decorated with her name, a poem he had written about her, and a bunch of snowflakes.

On the first day of training for ski half-pipe, the event that the Midland, Ont. athlete did more than anyone to bring into the mainstream, Paynter snuck her down the course. I carried her with me and I managed to poach a couple of laps,” he said. “Which felt really nice to know she got to take some hits in the Olympic pipe.”

Then a couple of days later, on a beautiful sunny morning in the mountains, Paynter found a moment when no one was about and climbed the course on foot to spread some of her remains on the ground where her buddy and teammate Mike Riddle would go on to win Canada a silver medal. Afterwards, the coach took the gondola to the top of the peak at Rosa Khutor, hiked to the highest point he could find, and scattered some more. Sarah had already been remembered in similar fashion when the Canadian freestyle team gathered for a photo in front of the Olympic rings at the Athletes Village. “She was all over these Olympics,” Paynter said. “In our hearts, and quite literally too.”

The plan had been hatched not long after Burke died in Jan. 2012 after a freak training accident, aged 29. Rory Bushfield, Sarah’s husband, and Paynter, who are also close, decided that they had to find a way to complete her dreams. Burke was the sport’s superstar, winner of four X-Games titles and a former world champion, but an Olympic podium is what she really wanted.

They didn’t ask permission. And they didn’t breathe a word of it until the Games were almost over. “It was a little bit of a stealth mission,” explained Paynter. It’s probably not following all the rules, but it’s something that we would make happen regardless.”

Canada didn’t medal in the women’s event, which concluded Thursday. Roz Groenewoud of Calgary, was the top finisher, placing seventh. But the entire competition was a tribute to Burke’s memory. The International Olympic Committee may have banned the stickers and armbands with her name on them that riders from all nations he worn since her death, but she was present all the same. ” To see the amount of love that was going on for Sarah at that event was just awesome,” said Paynter. And Rory, and her parents Jan and Gordon—all on hand to bear witness—were overwhelmed by the outpouring.

And it wasn’t just limited to Burke’s discipline. Her memory helped fueled a record-setting performance by Canada’s freestyle team, which took seven medals at these Games, and put two athletes on the same podium on three different occasions. On the afternoon that Dara Howell of Huntsville, and Kim Lamarre of Quebec City, took gold and bronze in women’s ski slopestyle, many athletes dedicated their runs to her. And Lamarre confided she had sent a silent message to her friend when she landed a difficult back-to-front “zero spin” move, and ensured her spot on the podium. “Yeah Sarah! We did it,” she said.

Paynter said Burke, a sunny soul who was friends with practically everyone on the circuit, is surely overjoyed by Canada’s success. “I know she’s up there, very stoked about it.”

And although it has now been more than two years since her untimely passing, she continues to be a large part of the sport she loved. All season long, Paynter carried her ashes with him on his travels, scattering bits at competitions and even on the beach in Hawaii during a Christmas vacation. Her husband Rory, who also has an urn, has been memorializing her in similar fashion. Paynter has told her story countless times to airport security and seen them moved to tears. Now his urn is almost empty, but he plans to continue to bring it with him for the foreseeable future.

“She’s adventuring all over the world,” he said. “As she should be.”