Marie-Danielle Smith: In a year that has already seen historic fires, deadly pandemics, economic crisis and locust swarms, let's not rule anything out 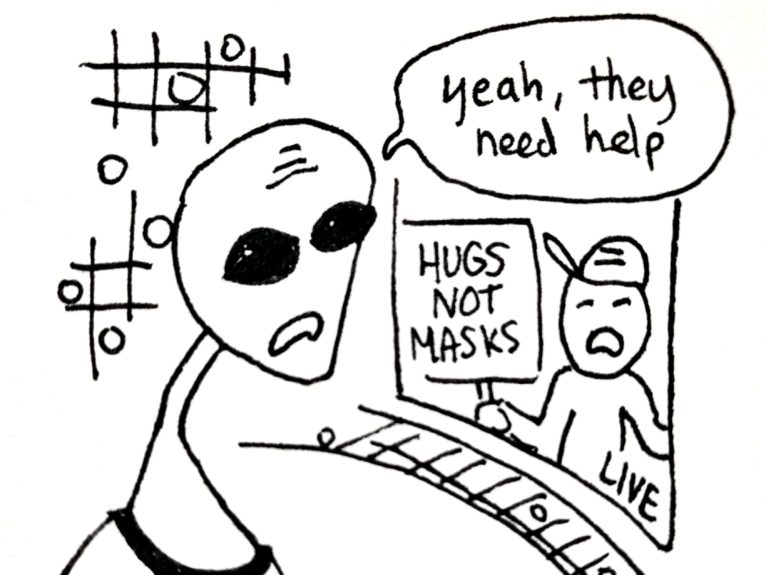 Could 2020 feel any more cataclysmic? There’s a deadly pandemic and a global economic crisis. New clashes over race have erupted in the United States. In the first six months of this year—this very year!—there were wildfires in Australia, deadly plane crashes in Pakistan and Iran, and impeachment trials in America. Not to mention Brexit. Remember Brexit?

Only during a period as eventful as this would a source in the office of Prime Minister Justin Trudeau offhandedly remark, in a recent conversation, that the Canadian government has a plan for just about every eventuality “other than aliens.”

Maybe that makes you chuckle. Maybe you feel safe thinking we are all alone. But this year has already seen historic floods, earthquakes and locust swarms. A potentially-apocalyptic asteroid snuck by the planet in June without being noticed and there’s a chance that another (smaller) one will come close this November. We should surely have learned by now to expect the unexpected. So isn’t it possible that this will be the year we discover extraterrestrial life—or it discovers us?

Even if it’s a laughing matter to the Canadian government, my response to that question is: Yeah, why not. As Time magazine posited in March, the COVID-19 crisis shows we are not biologically, epidemiologically or emotionally prepared for aliens. But we might not have a choice. Here are seven super-obvious, certainly-not-anxiety-induced ways aliens could show up this year:

1. Seeing that humanity’s chance for success as an advanced civilization is approaching nil, our observers decide to give up on the planet—or salvage it.

A popular solution to the Fermi paradox—the puzzle of why we have not found evidence for extraterrestrial life despite the probability that it’s out there—is that the aliens just don’t want us to know they’re watching. In 1973, John Ball, a radio astronomer at MIT, proposed what’s known as the “zoo hypothesis,” which suggests super-intelligent life may avoid us to allow for the development or protection of our primitive civilization. Determining that societies are likely to fall apart before we achieve advanced spaceflight, despite current optimism about space research, they might deem us a failure or—if we are unlucky—decide that Earth is well-resourced enough to salvage for parts. 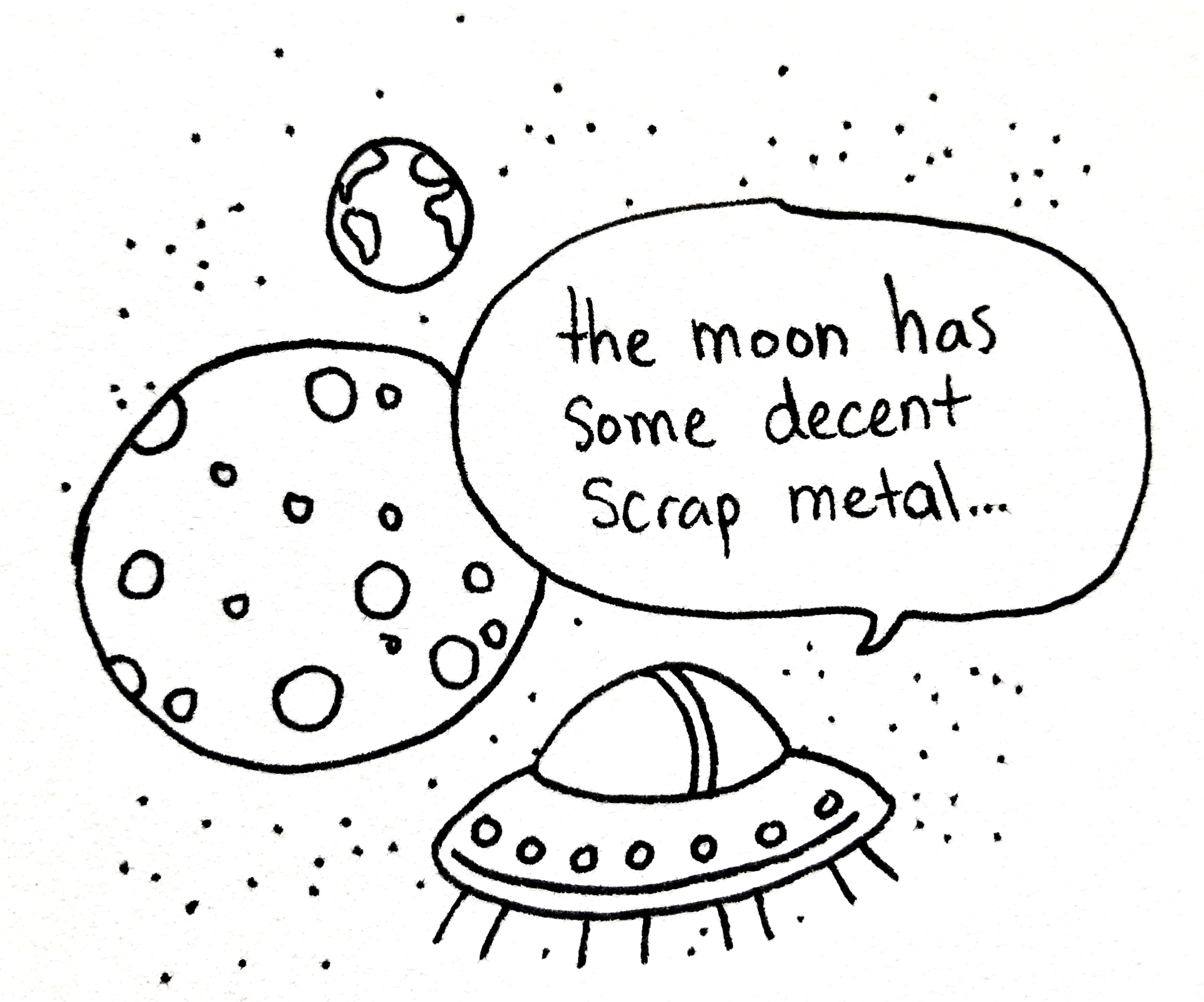 2. Various space agencies detect a signal emanating from elsewhere in the universe. The international community cannot agree on what to do.

Earth’s scientists have theorized the possibility that it could be up to 1,500 years before we can reasonably expect our radio signals to be picked up by others in the Milky Way. Based on what we’ve been broadcasting for about 80 years, less than one per cent of the galaxy will have been reached by now, so our friends may not yet know we’re here, and vice versa. Wait a little longer, though, and “we may very well be reached someday,” says the 2016 paper. But suppose we pick up their signal instead—like from a transmitter in the centre of the Milky Way that scientists were theorizing about in February. Surely global governments can come together on a decision existential to our planet? Ha ha, nah, probably not. Russia might just go for it, despite Stephen Hawking’s warnings that we might want to stay silent. 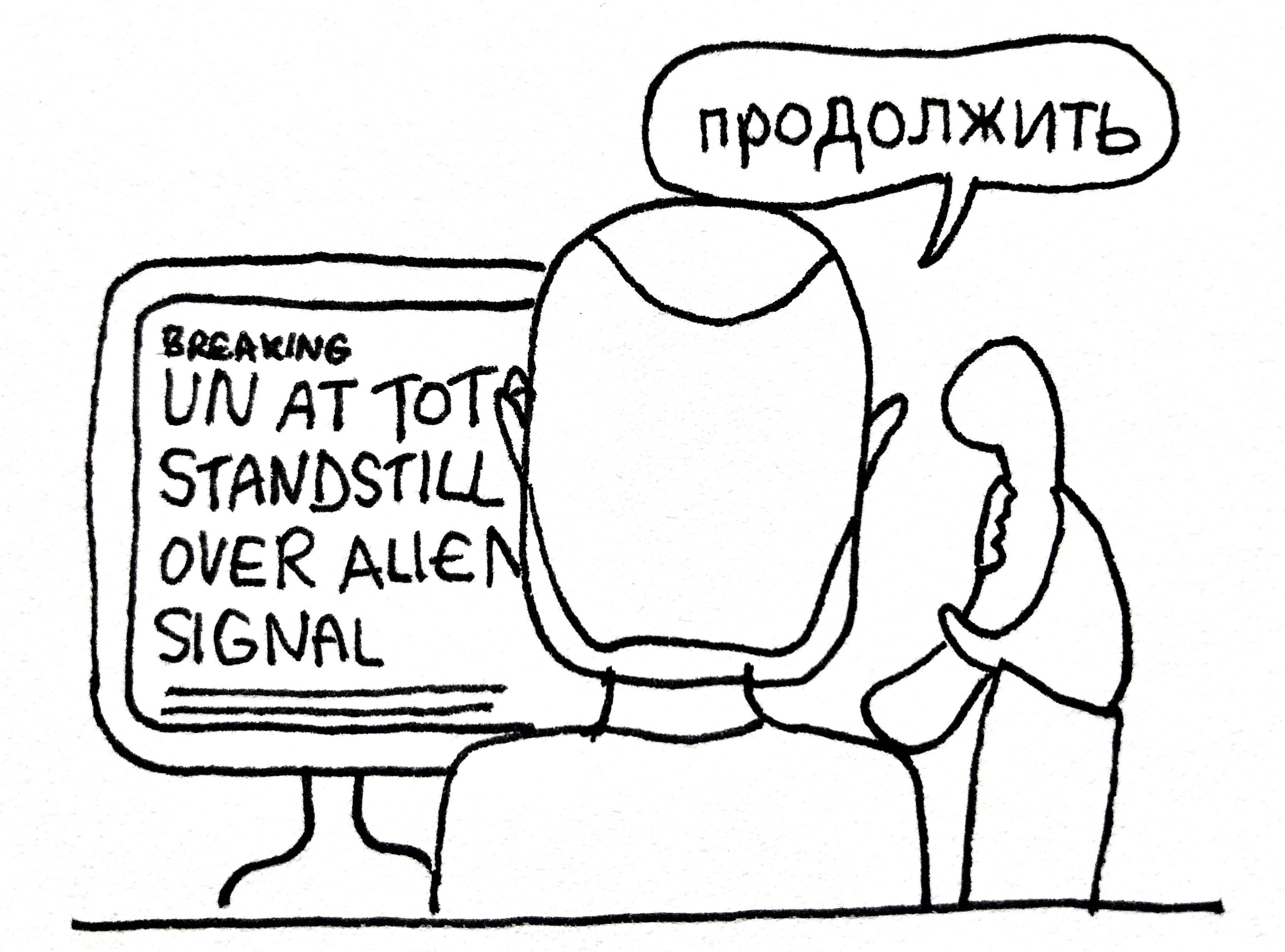 3. Undercover aliens fess up that they’ve been among us for centuries, researching world events. They provide evidence—but they are dismissed as conspiracy theorists.

Supercharge the “zoo hypothesis” and imagine that researchers are dispatched from the heavens to observe us from up close. They may be undetectable. They may occasionally slip up, which could explain UFOs. But say a rogue alien decides that now is a good time to let us in on the secret. The alien uses radio or the Internet to try advancing a benevolent communication, or, if it is humanoid, it holds a press conference and offers to be tested for its DNA. It may even perform unthinkable physical feats. QAnon seizes upon this. The being is ratioed on Twitter and dismissed as a magician and a hoax. It gives up on us. 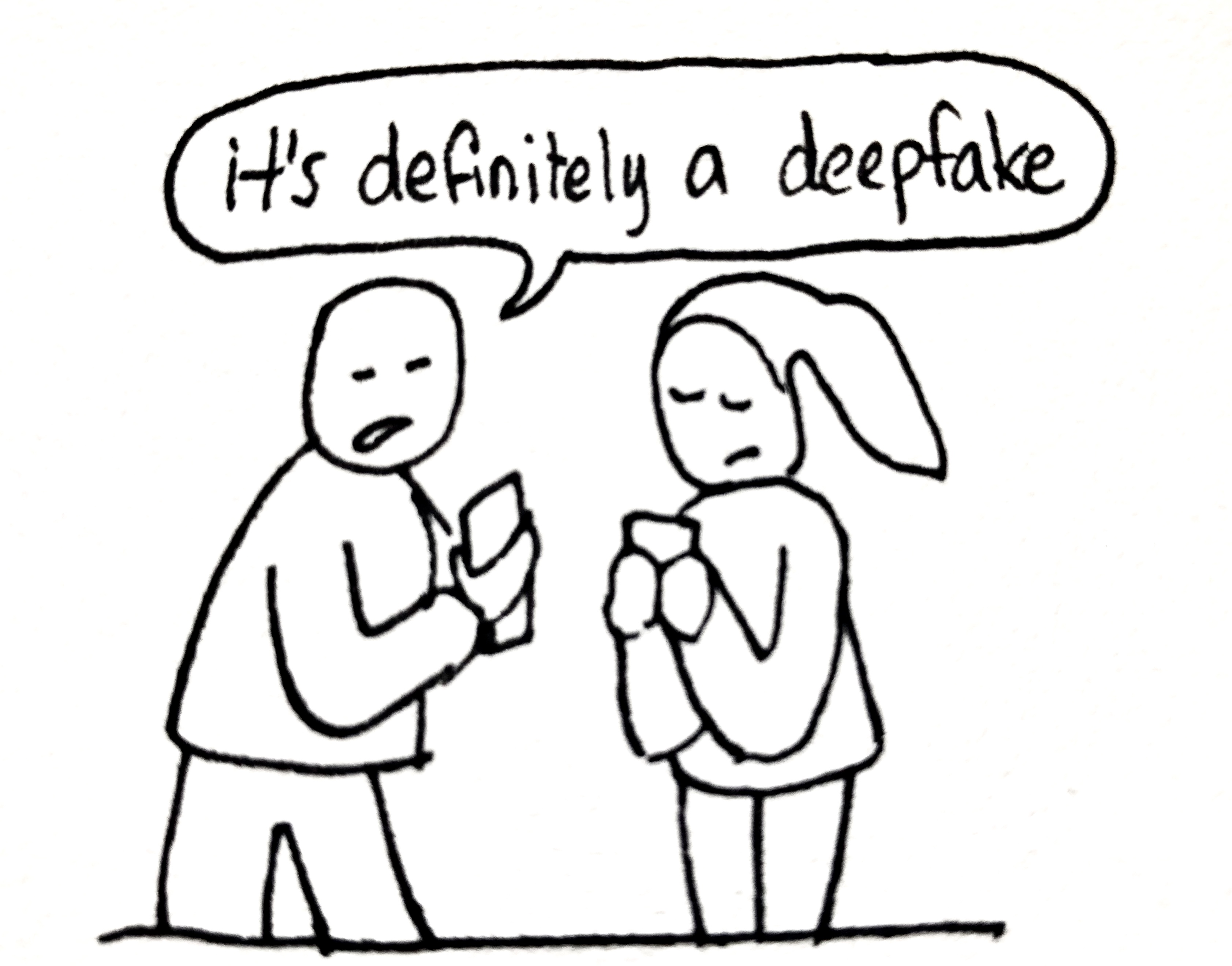 4. Before the U.S. presidential election this November, President Donald Trump declassifies ultra-secret documents that prove the existence of extraterrestrial life.

Author and scientist David Brin has written, about the theory aliens are in secret contact with governments, that: “Aversion to an idea, simply because of its long association with crackpots, gives crackpots altogether too much influence.” The Pentagon already released three UFO videos in April, feeding all kinds of conspiracy theories. So let’s entertain for a second that, somewhere down the line and not necessarily at Roswell, the U.S. government did come upon evidence of aliens, or even communicated with them. If you were Donald Trump, facing a polling disadvantage and looking for a reason to distract the public or delay the election, what would you do with that information? 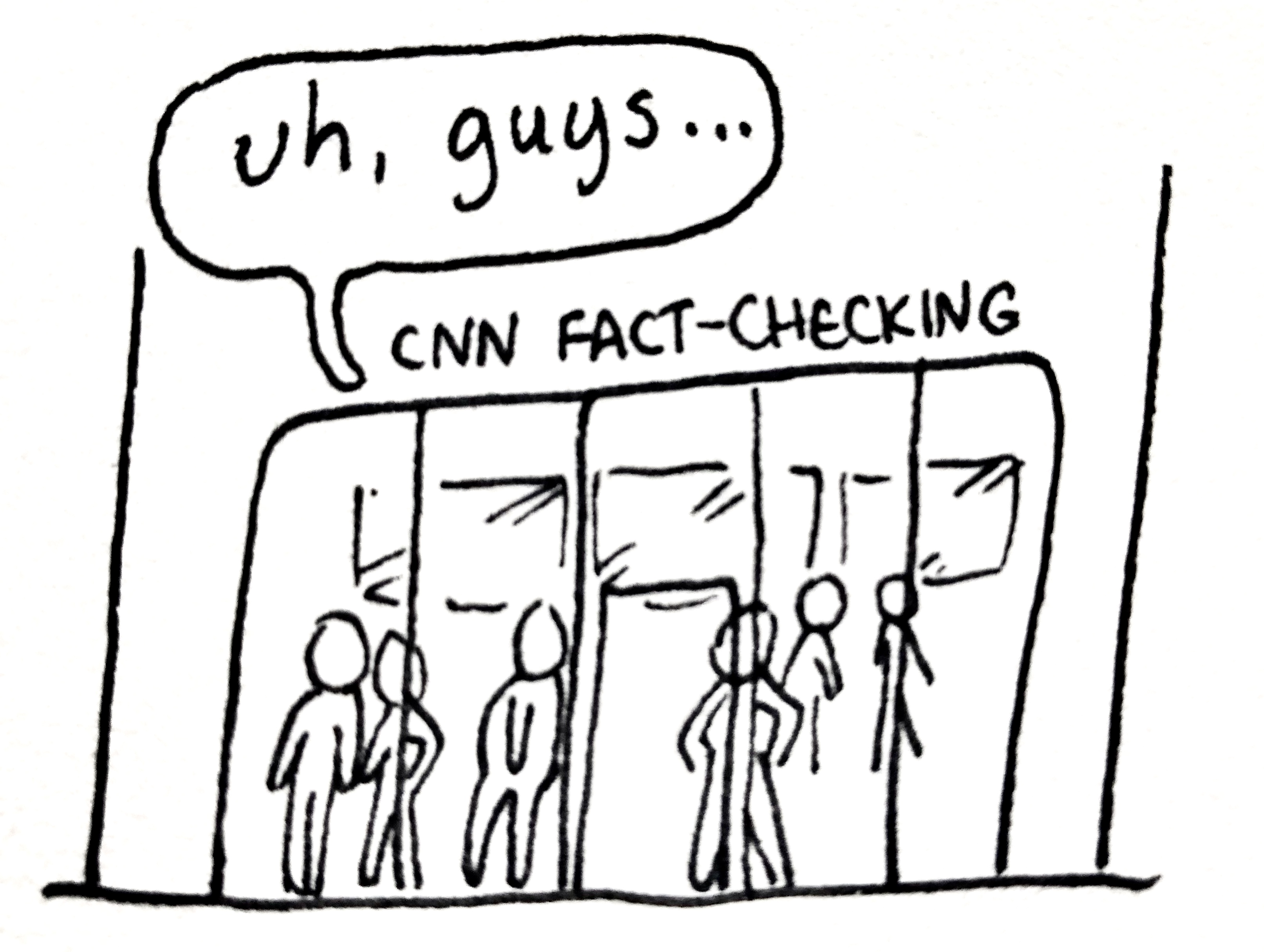 5. Breaking the prime directive, an inter-galactic authority initiates contact to save us from ourselves, offering medicine, technology and membership in the superstate.

You might be familiar with Jean-Luc Picard. A captain in his style could decide that Earth’s civilization is mature enough to bring into the fold, or that it will destroy itself if not for the intervention of a more civilized being, thus breaking the “prime directive” not to interfere with primitive planets—a concept human lawyers recently hypothesized would be almost impossible to enforce anyway. The former is laughable. The latter… well, look, we could maybe use some help. 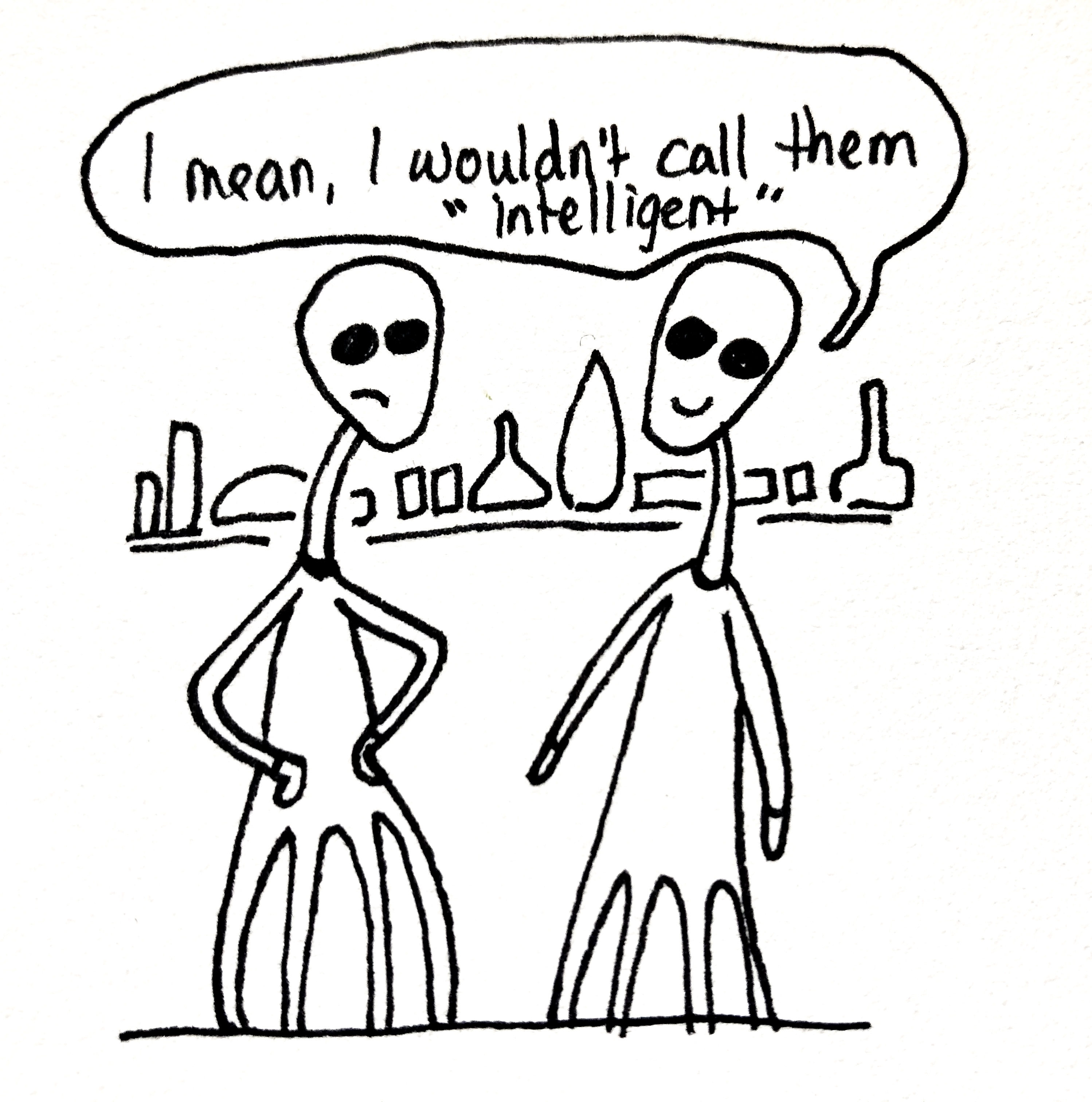 6. Yearning to understand the universe, explorers from a distant galaxy reach our solar system looking to make friends—but after studying Earth, they take a hard pass.

Okay, you have to admit it is probably arrogant of humanity to think that aliens would even bother watching us. They might consider us unintelligent or be entirely uninterested, as has posited Neil DeGrasse Tyson. Or they might consider us dangerous. Not exactly a peace-loving bunch. An E.T.  would certainly do well to think twice before announcing itself to the humans whose thumbs are on nuclear buttons today. 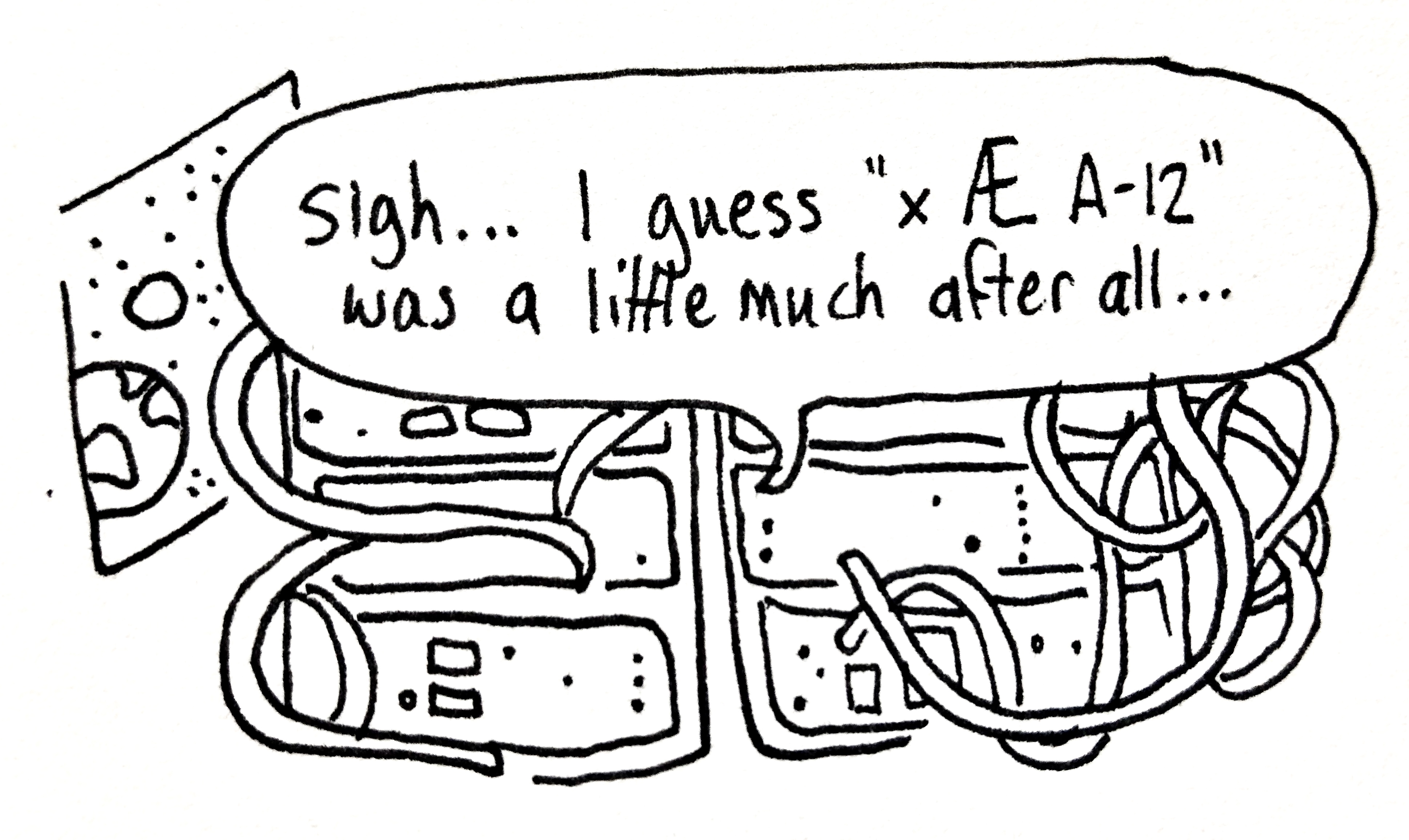 7. Deciding that this timeline is too dark, a great artificial intelligence decides to terminate the simulation and start anew.

An all-powerful AI could be our puppeteer, just like in The Matrix. In 2001, two years after that film’s release, science fiction author Stephen Baxter proposed the “planetarium theory” to solve the Fermi paradox. It holds that if we haven’t heard from aliens, it’s because our universe has been deliberately designed to appear empty of life. In 2003, philosopher Nick Bostrom fleshed out the simulation argument. Elon Musk is on board. If we’re just in the sandbox, the gods or descendants that are toying with us might conclude that things have gotten just a little too fantastical in the year 2020. Better reboot. Or throw in some simulated aliens just for fun.