Are bee hotels the answer to saving a species?

'Bee hotels' have been popping up as a possible aid for bee populations. But there are problems for those checking in. 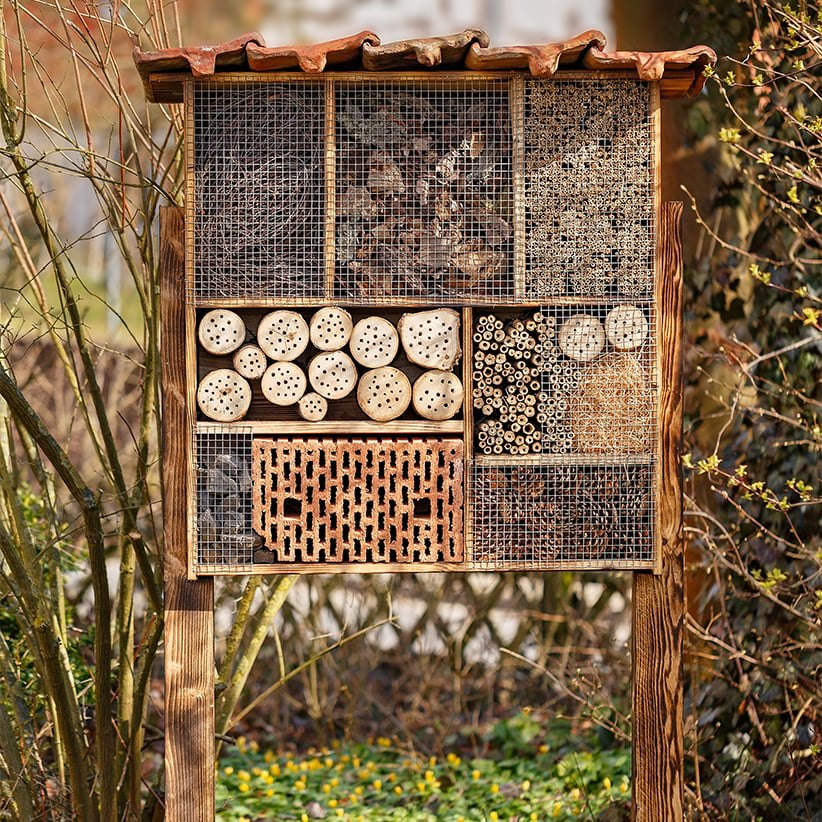 This article originally ran in May, 2015

Walk inside Laurence Packer’s bee lab at York University and, in his southeast London accent, he will quickly ask you to name a country. Any country. With more than 300,000 bee specimens from more than 100 nations, odds are, the melittologist (someone who studies wild bees) will be able to show off a bee native to that land. Bees pinned underneath glass fill the room, and the number of species seem to be limitless. Like Pokémon, new ones keep turning up all the time. In the far corner of the lab, however, his pupil and Ph.D. candidate Scott MacIvor is less focused on the universe of bees and more curious about those closer to home, in Toronto—in particular, those living in “bee hotels.”

With bee populations declining to worrying levels, there has been a call for citizens to play their part by building bee hotels, man-made contraptions that act as a resting place for solitary pollinator bees, who may not produce honey, but still play a vital role in the growth of fruits and vegetables, plants and flowers. Many people have set up these artificial nesting sites in their gardens and backyards. Fairmont Hotels & Resorts announced [in 2015] it will erect 16 more bee hotels across Canada, adding to the five set up the previous year, which included one atop the Royal York in downtown Toronto. So are the bees multiplying as hoped?

Related: Editorial: Save the bees, but not with an all-out pesticide ban

MacIvor and Packer tracked 200 bee hotels throughout the city, each a long cylinder resembling a security camera with 30 cardboard tubes of various sizes inset for nesting. What they found over the course of the three-year study, published in March in the journal PLOS One, was that one species checked in more regularly than bees themselves: wasps. “Native wasps were significantly more abundant than both native and introduced bees [those not native to the area], and occupied almost three-quarters of all bee hotels each year,” the study reported. “Further, introduced wasps were the only group to significantly increase in relative abundance year over year.”

“I guess these things have been advertised as being for bees, and finding that wasps are about as common as all bees put together was kind of interesting,” says Packer, the study’s co-author. “ ‘Wasp hotel’ certainly doesn’t sound so good, does it?”

Bees, in many respects, are a type of wasp: a vegetarian one. Instead of paralyzing and collecting other species to feed their offspring, bees go for pollen. Introduced bees, unlike non-native wasps, weren’t as keen on the bee hotels: They nested at only a third of the hotels surveyed.

And then there was another problem the study identified: parasites, for which native bees were most at risk. Like a cockroach creeping around freely in a rundown motel, bee hotels with thin walls can allow certain parasites to roam from room to room. “This can result in mortality of entire hotel contents,” the study found. 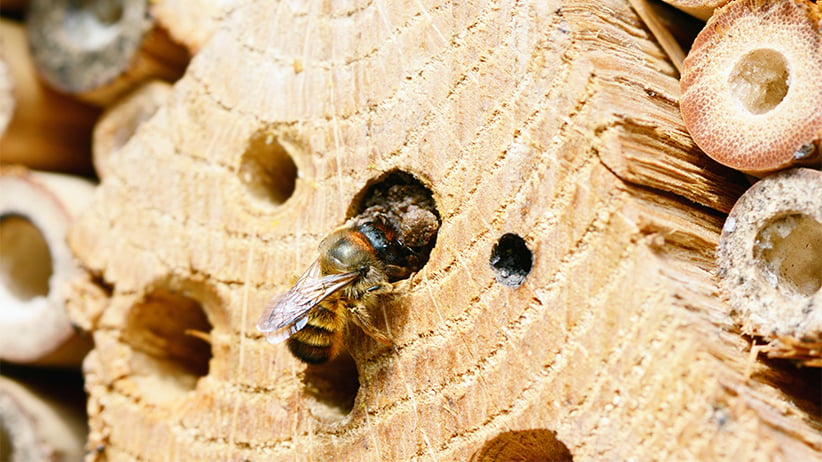 This isn’t what anyone with a bee hotel in her garden wants to hear—not that MacIvor wants to discourage hotel keepers. Rather, he worries about what he calls “bee-washing.” “My concern with the touting of bee hotels as a tool for native-species conservation is it becomes checking off a box on a checklist, instead of [understanding] the natural environment.” He says more research is needed in order to figure out what, exactly, bees like best.

Not all hotels are alike, and location matters. Put a bee hotel in the shade, and it will be more favourable to wasps. Place the hotel where the southeast morning sun strikes it, and it will be more attractive for bees that like to be warmed up in the morning before heading out to pollinate.

Height also plays a role. Build it at five storeys or higher, and MacIvor says the proportion of nests that are started, but then abandoned, increases significantly. It is simply too much work for the bees to fly up and down the building successively. Instead of building bee hotels on skyscrapers, MacIvor says there are other ways to help, especially since two-thirds to three-quarters of bees nest in the ground. “If we’re using bee hotels as the sole technique to save native bees,” he says, “we’re only saving a quarter of them.”

Hotels for bees require regular maintenance. Many people put up the nest box, see activity around it and think things are fine. “The nest could be riddled with parasites,” says MacIvor. Just as urbanist Jane Jacobs talked about the need for eyes on the street, “There need to be eyes on the bee hotel,” MacIvor says.

Room size also skews which bees decide to stay. In one of the hotels studied, there were plenty of bees, but the ratio of males to females drastically favoured the males. This happens if the diameter of the hole is slightly smaller than the female of the species prefers, because females are often a little bigger, says Packer. “That’s not going to do anything for the population in the next generation, because what you need is the females to increase.”

The conditions in the tubes can also affect the population. Packer says the offspring of bees nesting in a hotel made of moulded plastic may not survive if the humidity makes the pollen go mouldy. And it’s not just bees and wasps that like these dark, dry holes. Enemies are ever-present. Spiders may build their nests over the top to catch bees and wasps as they go in and out. Ant colonies may move in. Dark, dry holes are a commodity in the insect world. “At their worst,” the study wrote, “bee hotels may act as population sinks for bees, through facilitating the increase of parasites, predators and diseases.”

From the archives: How scientists are trying to build a better bee

This isn’t the case for all bee hotels across Canada, however. It depends on the environment, says Cory Sheffield, a research scientist and bee expert at the Royal Saskatchewan Museum, who adds that his research didn’t have the same results as those of this recent study. “I hope people are not discouraged by the paper,” he says. “The results you see in Toronto may not be indicative of what you’d see in orchards.” In his own studies with orchards in Nova Scotia, he says, the population of bees staying in these nesting boxes increased substantially. In other words, it may not be the hotels that are a problem, but the city itself.

Bee hotels, it seems, are not like Field of Dreams, the classic baseball movie where Kevin Costner’s character builds a baseball diamond in a cornfield after hearing voices who tell him: “If you build it, he will come.” With bee hotels, “If you build the nest box, they might come,” MacIvor says. “They might not. Or they might come next year.”

Both MacIvor and Packer stress that they don’t think bee hotels are bad, nor do they recommend people take down the hotels in their backyards. The study only looked at three years’ worth of data. “In ecology, that’s nothing,” Packer says.

Not to mention that the wasps living in the bee hotels are not the oft-hated yellow jackets or hornets, which live in groups in paper nests and are quick to sting to protect the queen at all costs. “It is possible to pick up a very nasty-looking solitary wasp and it won’t sting you,” says retired University of Toronto professor Peter Hallett, an expert on bees and wasps. “Yellow jackets are probably responsible for nearly all the bad press.”

The wasps, like the bees living in bee hotels, are solitary, meaning they’re more likely to fly away at the sight of humans rather than defend their territory. On the plus side, they collect aphids, caterpillars and other insects that might chomp away at one’s backyard vegetable garden. “I can’t see any negative consequence of having wasps nesting in these sites, as well,” says Sheffield.

Instead, MacIvor says it’s time to promote wasps so the public can learn of their important role in biodiversity. “I’m hoping this year will be the year of the wasp,” he says. In the meantime, he and Packer will keep looking out for the bees.