Are moustaches must-haves for spacemen?

Despite Chris Hadfield's iconic one, maybe not. We did a statistical analysis of all the moustaches in space and identify the best one of all

Chris Hadfield was 18 years old when, while taking a train ride to Turkey, he decided it was time to grow a moustache. It was a spur-of-the-moment decision; it was something men did, and he was now a man. But for years, his moustache toiled in obscurity and he himself admitted it wasn’t all that impressive, at first. He even shaved it off—only once, though—while at test-pilot school.

As it grew back, however, Hadfield started to learn about the responsibility of having a great moustache. “When properly administered, it can say, ‘This man has commanded spacecraft,’ ‘This man escorted Soviet bombers out of Canadian airspace,’ or, ‘This man lived in a research vessel at the bottom of the ocean,’ ” it states on Hadfield’s website, all of which he has accomplished.

For good reason, Hadfield is quick to boast that, thanks to a lot of hard work, he earned the right to wear his moustache. To ensure it was properly manicured while commanding the International Space Station, Hadfield trimmed it with scissors and vacuumed up the hair.

But, as it turns out, a moustache isn’t a requirement for male astronauts. What surprises even Hadfield is that, of the 464 men to go to space, only 16 per cent had moustaches. (Yep, we counted them all.) “They come and go,” Hadfield says. “Moustaches aren’t like noses.”

In what might be the first ever analysis of moustaches in space, Maclean’s tallied 72 moustaches from 13 countries. Goatees made the cut, but stubble wasn’t good enough. And for men who have been to space multiple times, we only counted if they had a moustache on the first trip. So, thus far, space has seen moustaches from the Netherlands, Bulgaria, Afghanistan, Italy, Germany, Belgium, Syria, Saudi Arabia, Hungary, Slovakia, the U.S., Russia and—of course—Canada.

And while Hadfield’s moustache is still legendary among Canadians, even he must defer to Russian astronaut Yury Usachev. Not only did Usachev have a great moustache; he also has the name to go along with it. “Usachev,” explains Hadfield, “means ‘of the moustaches.’ ”

Get to know the great unknowable. Read Maclean’s special Space issue, on newsstands and on Next Issue, Apple Newsstand and Google Play now. 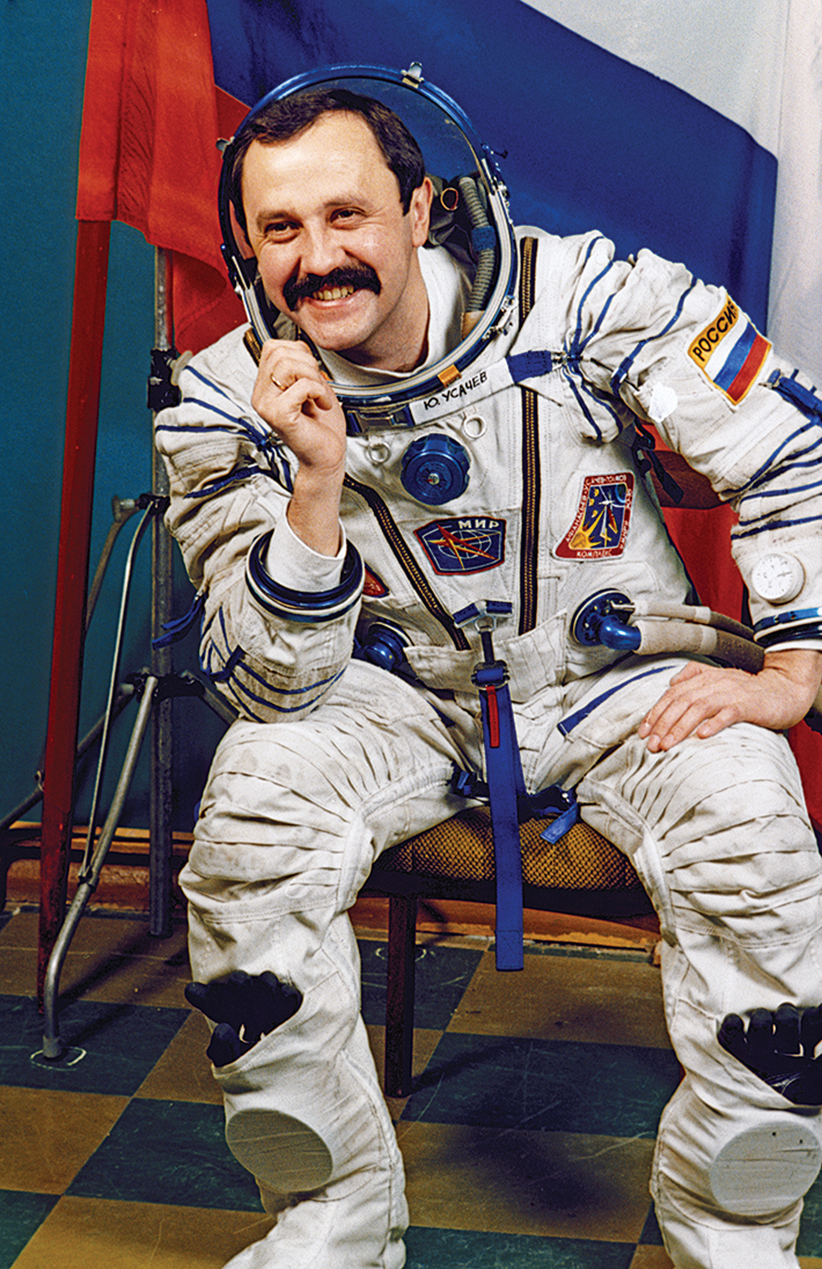