He lived in awe at the grandness of the universe, so it's fitting perhaps that his ashes are now 0.0005 light years away 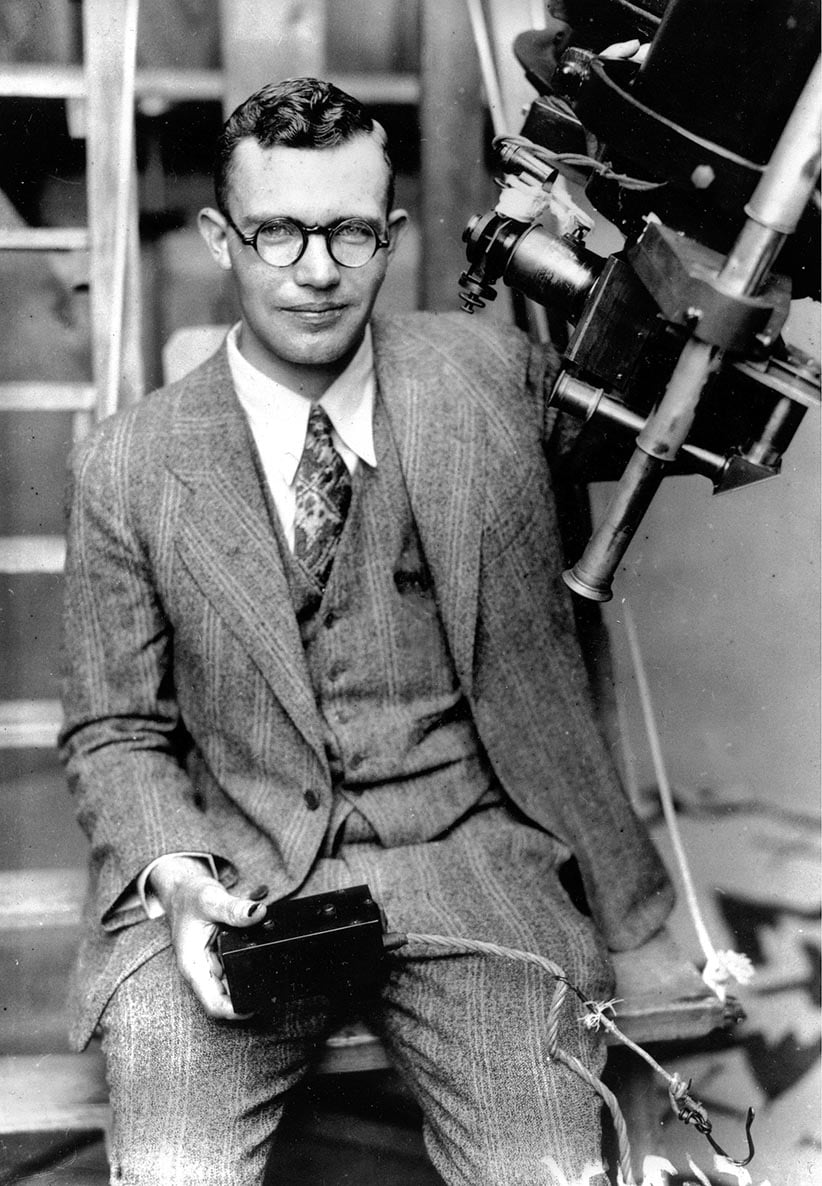 Clyde William Tombaugh was born on Feb. 4, 1906 to Adella and Muran Tombaugh in Streator, Illinois, Earth. By day, he worked on his family’s fields, but at night, he peered through his uncle’s telescope, eventually following instructions in a magazine to build his own. At 20, he sent astronomical sketches for review at the Lowell Observatory in Arizona. The observatory responded with a job offer, even though he had no university education. His task was to find the ninth planet, which astronomers had begun to suspect was out there.

Using a device called a blinkometer, taking pictures in minuscule integrals, Tombaugh spent years detecting movements among dots in the sky. On Feb. 18, 1930, at the age of 24, he pinpointed the speck we know today as Pluto. “I don’t know how he did it,” says Reta Beebe, his colleague of 30 years at New Mexico State University. “He had to spend consecutive hours staring at consecutive images that all looked almost exactly the same.”

While he was a professor at New Mexico State and director of an observatory funded by NASA, Tombaugh’s office was piled so high with his reports that graduate students were sure the carbon in the paper would crystallize into diamond. Yet Tombaugh produced this galaxy of work while mostly sticking to a regular, eight-hour schedule, spending weekends with his wife and two children and taking lunch breaks with his fellow professors.

“He was part of the Lunch Bunch,” says Beebe. During their weekly midday get-togethers, Tombaugh often ordered dried chicken livers, and if they found a hotel with a buffet, he piled his plate sky-high. “We called him a mound-builder,” says Beebe. Tombaugh’s friends didn’t mind his taste in food, but they groaned at his taste in humour—“what do you call an angry crow? A raven maniac”—and other jokes of that calibre.

To the public, Tombaugh was less of a Galileo and more of a Robert Munsch. Children sent him fan mail begging him to visit their schools, which he would often do, wheeling a wagon behind him with one of the 30 telescopes he had designed and built himself. Even after retiring at age 67, Tombaugh’s mailbox was so full that he continued clocking hours at the office to catch up on his replies. He was the beloved founder of a planet, although he could sense that Pluto may be demoted to the status of dwarf planet in the future, based on the research under way at the time. “He knew it was on its way,” his wife, Patsy, told NBC after the demotion in 2006. “Of course, he was disappointed. After 75 years of seeing it one way, who wouldn’t be?”

Spiritually, Tombaugh lived in awe at the grandness of the universe. As one of the founding members of the Unitarian Universalist Church of Las Cruces, he sometimes gave speeches to the congregation—an array of Buddhists, atheists, Christians and people of other beliefs. To raise funds, he and Patsy hosted ice cream socials at their bungalow in Las Cruces. The picnics were held in the evenings, of course, so the 30 to 40 invitees could line up and look through his telescope. He built steps so kids could reach.

As Tombaugh aged, his spine began to curve. Each year, his back hunched further, lowering his line of vision behind the dashboard when he drove to work in his “funny little Jeep-like vehicle,” as his friends describe his mode of transportation. “By the end of his driving years, you couldn’t see him behind the wheel,” says Beebe. On Jan. 17, 1997, Tombaugh died in his home. In 2006, a container of his ashes was fixed to the deck of the New Horizons spacecraft, which, on July 14, 2015, will be the first ever mission to fly by Pluto. Tombaugh was 90 years old, and he is now 0.0005 light years away.