Gender inequality in the sciences? It's still very present in Canada.

In the last few decades, very little has changed for Canadian women in science, technology, engineering and math 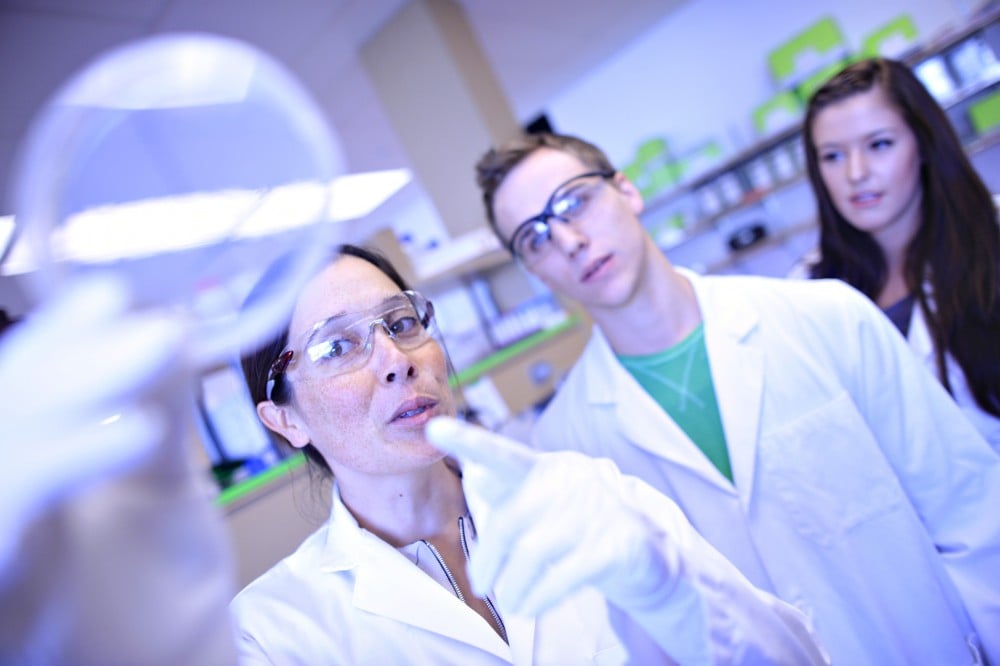 Prof. Zabrina Brumme works with Ryan Danroth and Chantel Watts in a lab

Last week, Nobel laureate Tim Hunt made some foolish remarks to a group of scientists and journalists: “Let me tell you about my trouble with girls. Three things happen when they are in the lab. You fall in love with them, they fall in love with you and when you criticize them, they cry.” Unsurprisingly, the comments were not well received, and within a week he had resigned from a number of prominent positions in the U.K.

Related: Why there are too few women in STEM

The comments triggered an international discussion about the status, treatment and experience of women in science, technology, engineering and math (STEM). While we like to think that gender inequality in STEM is old-fashioned and that as a society we’ve made great advances in equal opportunities, the numbers don’t always tell the same tale.

The truth is, in Canada at least, very little has changed.

Despite an increase in women with STEM degrees, the percentage of women working in the fields has barely changed in almost 30 years. In 1987, 20 per cent of the STEM workforce was women. Today, it is 22 per cent. 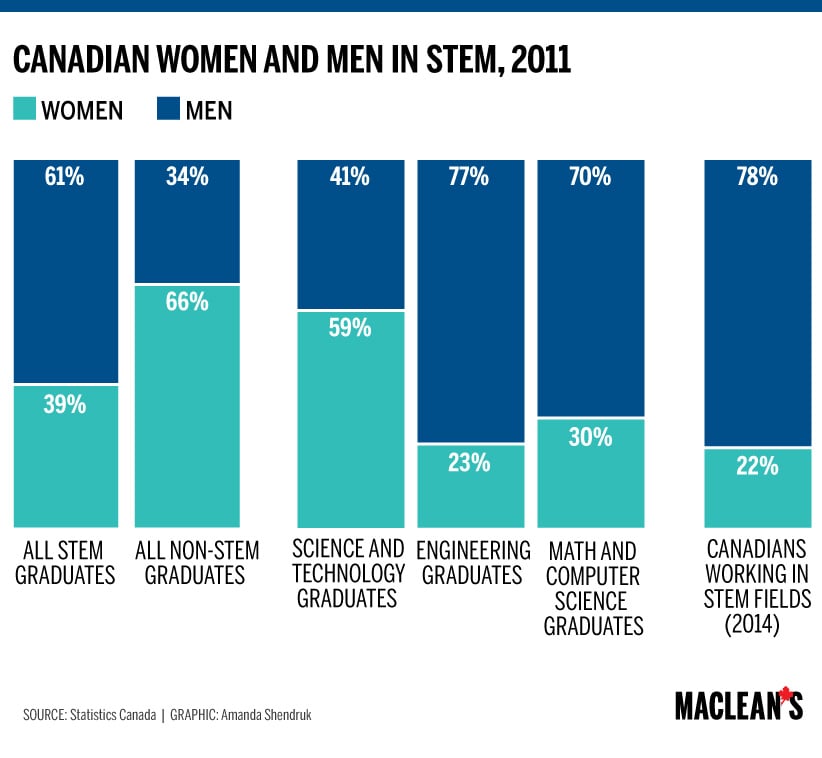 In 1997, women in STEM were paid 15 per cent less than their male coworkers. Things have improved, but on average they are still paid
7.5 per cent less today. Here’s how they fare in the different fields: 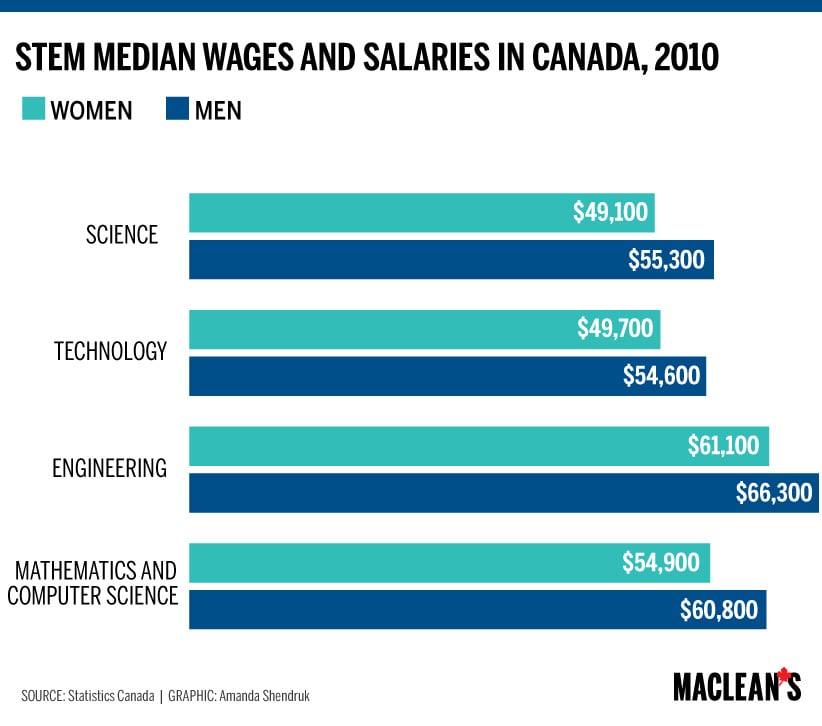