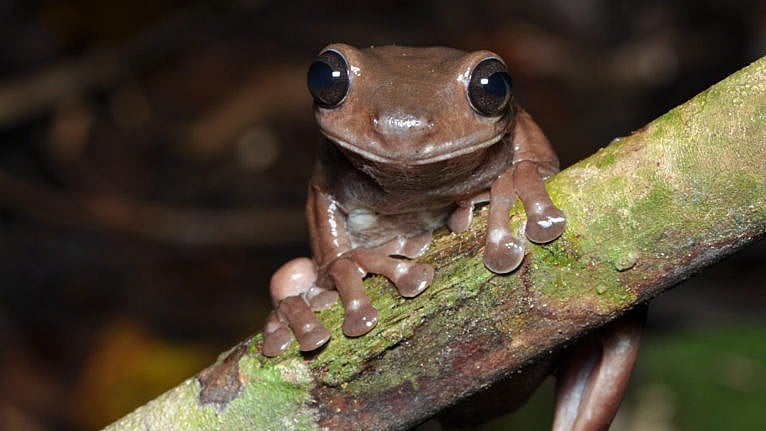 A study published recently in the Australian Journal of Zoology details the identification by scientists of a new, tawny-coloured species of tree frog back in 2016 when they were traipsing through the rainforests of New Guinea. Litoria mira, or the “chocolate frog” as it’s been dubbed, has been found to be a relative of Litoria caerulea, the Australian green tree frog.

It is smaller than its green cousin, with a very similar mating call and a preference for a swampier environment, reports Smithsonian Magazine. The frogs’ relationship was interesting to researchers because northern Australia is about 80 nautical miles from New Guinea. The two countries were connected by a land bridge some 10,000 years ago, which explains the lineage.

While fascinating indeed, this is likely not the chocolate frog discovery Harry Potter fans were hoping for.

This interview appears in print in the September 2021 issue of Maclean’s magazine with the headline, “Sweet Frog.” Subscribe to the monthly print magazine here.