'Here I am.' The story of a stunning shot in the dark 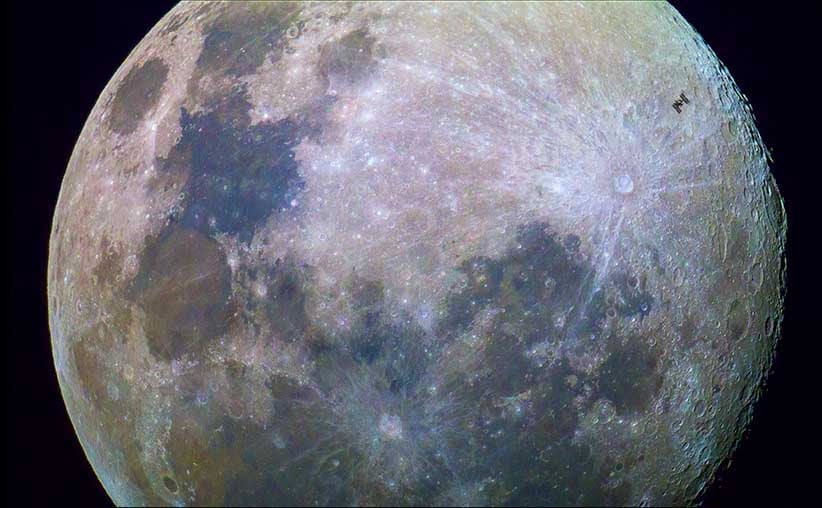 It’s the very definition of a shot in the dark. Capturing a picture of the International Space Station as it transits across the face of the Moon might be one of the most difficult challenges in photography. Since the station is travelling at more than 27,500 km/h—it takes just 92 minutes to complete an Earth orbit—the passes in front of the Moon last just a fraction of a second. And you need to be in the right place at the right time with the right weather conditions.

Dylan O’Donnell, an amateur astrophotographer from Byron Bay, Australia, snapped this image on June 30. He had been waiting for almost a year for the station to pass over his home in clear skies and under a full moon, using various websites to make his calculations. “If you think it might be a case of sitting there with your camera and a clock, with one hand on the shutter release, you’d be absolutely correct!” he wrote on his blog. With his camera attached to the back of his high-powered telescope, he set off a burst of exposures and captured the one magic moment.

O’Donnell, a website developer, gives his hobby images away for free. But he might want to rethink that policy. His Moon shot has gone viral and has now appeared in newspapers and magazines and on websites all around the globe. There have been some side benefits, however. After the European Space Agency used the picture on its home page, O’Donnell was invited to visit their facility in New Norcia, on the other side of Australia. In late August, he and Chris Hadfield were planning to meet up during a Down Under visit by the Canadian. And U.S. astronaut Scott Kelly retweeted the Moon photo from the International Space Station itself, along with a brief notation. “Here I am,” it read.