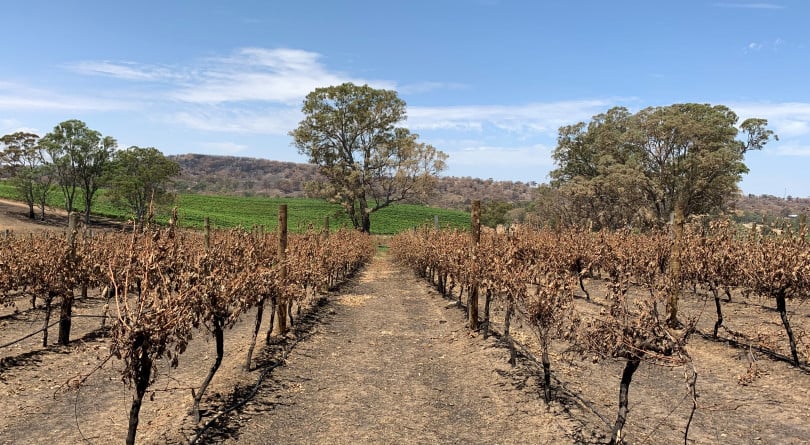 Among all the catastrophes forecast for our climate-disrupted planet, a wretched new prospect has emerged: a world where beloved varietals of wine grapes will no longer grow in the soils that have nurtured them for thousands of years.

The dreadful news stems from a series of studies conducted by Elizabeth Wolkovich, an ecologist at the University of British Columbia, on how the warming climate will affect wine grapes. She was drawn to the topic because details of wine grape harvests—lovingly laid down year after year in municipal and parish records—date back to the 13th century in parts of Europe, making them among the oldest agricultural records on earth. Records have been kept more sporadically for 10,000 years since humans first domesticated the grape for making wine.

The records are valuable not only because they catalogue the farming of a key crop long before the modern climate crisis, but also because they track unprecedented shifts in grape harvest times in the last few decades as the world has swiftly warmed. Not only that, but the travails of the grape—the planet’s most valuable agricultural crop—suggest the possible fate of other food harvests, too.

“That’s the overwhelming part of climate change, that we’ve contributed to something that will put us in a new realm we’ve never been in before in the human history of agriculture and society. It’s a huge challenge. It’s a huge loss,” Wolkovich says.

Her research shows that in a few decades—when global average temperatures reach 2° C above historic norms—more than half the planet’s current wine-grape-growing regions will be inhospitable to the types of grapes they grow now. A few decades later, at 4° C warming, the figure is 85 per cent. Even if growers take their grapes to more wine-friendly areas in the future, the land capable of growing the vines falls by half at 2° C and by three-quarters at 4° C.

The issue is rooted in phenology, or the life cycle of a plant. Plants are exquisitely responsive to temperature and moisture, so as the climate warms, phenology changes. For example, some grapes bud earlier and are damaged by frost. Or when the heat becomes too intense, some grapes bake on the vine before they can ripen. The changes can create a mismatch between grapes and the regions where they’ve been grown for millennia. And that means the common wine grape varietals will have to move to survive, if they survive at all.

“It’s not a shingle shift, like you move to the United Kingdom and start growing champagne and that’s it. It’s a constant wave of warming until there is an actual emissions scenario that’s established for the future,” Wolkovich says.

The hardest hit among traditional wine strongholds will be countries that are already hot, such as Italy and Spain, concludes Wolkovich’s most recent study, published in the Proceedings of the National Academy of Sciences in February. Both Italy and Spain will lose about two-thirds of their current wine-growing regions under 2° C warming, offset by small gains in wine-rich areas elsewhere in those countries. At 4° C warming, which Wolkovich’s models project for about 2070 (but which could happen a couple of decades earlier given current trajectories, she says), losses in those countries reach 90 per cent. The wine grapes of southeastern Australia, now fermented into one of the country’s most successful exports, all but vanish.

Many grape varieties nurtured for centuries in France’s manicured terroirs, producing some of the world’s most cherished vintages, will not survive.

While some cooler French regions will begin to grow grapes for the first time, more temperate areas such as New Zealand and the Pacific Northwest of North America, including Alaska and northern B.C., could also see expanded grape-growing capacity, although the soil’s suitability remains a question.

READ: Those who suffer most from climate change did the least to cause it

Future cataclysm aside, wine growers are already working to cope with changes. Phil Tregunno, who grows Cabernet Sauvignon, Cabernet Franc, Merlot and Syrah red varietals as well as some whites along the Niagara River in Ontario, says farmers in that area have noticed the effects of climate change for 10 years.

“Growing anything in Canada, we’re always living on the edge anyway. We’re always pushing the envelope,” he says, adding: “Every year seems to get a little stranger.”

Weather extremes have become far more common, including unusually heavy rainfall or weeks of super-hot temperatures, he says. Many Niagara grape growers have had to invest in irrigation equipment to forestall drought and wind machines to protect vines from freak frosts.

In the fabled Napa area of California, David Graves, a founder of Saintsbury, a winery famous for Pinot Noir reds and Chardonnay whites, has been intently focused on how climate change will affect vines. Every growing season is warmer; the patterns of dormancy are shifting; water is becoming scarcer and extreme heat days are becoming more numerous.

“You can’t just turn on the AC and forget about it if you’re a farmer,” he says.

Instead of trimming leaves, some California grape growers are leaving some to provide shade for the fruit, as well as experimenting with sprinkling kaolin clay dust on vines to reflect heat, Graves says.

On the heels of two ferociously hot growing seasons, some French farmers are planting fruit trees along with vines in a bid to create a richer ecosystem for the plants. Some are leaving grasses to protect soil. A few are turning to ancient traditions, when grapes were grown without chemicals or machines.

“We forget our history in just about every way, not just in agriculture,” says master sommelier Brian McClintic, on the phone from Paris where he is touring wine producers for his Viticole wine club. “What did a vineyard look like before World War II, and probably every millennium before that?”

Graves says some vintners are also considering growing different types of grapes. By the middle of this century, wine growing will be unrecognizable to anyone from the 20th century, much less the 21st, he says.

“If I were replanting a vineyard, I would be thinking pretty hard about what the growing season would be like in 20 years, as opposed to what it is now,” he says.

But even with adaptations, will the planet be capable of growing any wine grapes at all in the future? Is humanity facing a world without wine?

There are a couple of rays of hope. Wolkovich’s study found that losses could be lessened if growers switched to different common varietals of grapes, carefully tailoring phenology of the plants to the changing climate. At 2° C warming, growers could preserve as much as three-quarters of their current croplands. At 4° C, nearly six-tenths.

Perhaps a better solution can be found in varieties few have heard of. Grapes are such an ancient crop that Wolkovich says there are as many as 10,000 unique cultivars in existence, most of which are grown for wine. Already, many of these types of grapes show astounding diversity in phenology. Even planted side by side, different grapes bud as much as five weeks apart and ripen as much as 10 weeks apart.

Yet only a dozen of those varieties dominate the world’s vineyards, catering to consumers who are used to certain flavours.

If vintners harnessed the immense diversity that lives within grapes already, they might have a fighting chance of growing wine grapes on the lands they now farm. For consumers, that might mean the familiar Pinot Grigio becomes a distant memory to be savoured in comparison to whatever unknown white grape is lurking today in a few ancient fields, poised to burst onto the international scene in the years to come.

This article appears in print in the April 2020 issue of Maclean’s magazine with the headline, “No, no, no. Not wine as well?!?” Subscribe to the monthly print magazine here.