Is Canada's space program slipping out of orbit? 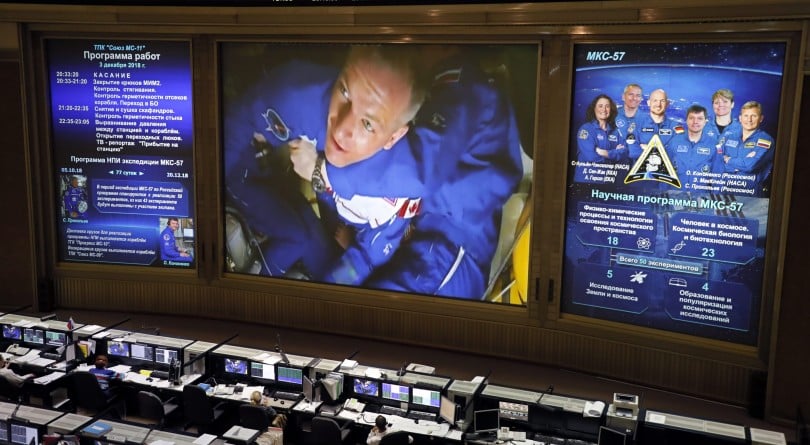 It has been a big couple weeks for Canadians in space. First, a University of British Columbia professor was part of the team that nailed the tricky Mars InSight landing, setting the stage to explore the interior of the red planet like never before. Then OSIRIS-Rex arrived at the near-Earth asteroid Bennu, where it will use a Canadian-made laser to scan the rock and determine the best place to extract a sample. That same day, astronaut David Saint-Jacques opened the hatch and floated onto the team at the International Space Station, joining the international mission for the next six months.

However, Canadians may want to temper their excitement amid all this feel-good news. Leading scientists say the government’s neglect of the Canadian Space Agency over the last decade has left Canadian space exploration in dire straits. With no plan for the future and no budget for significant new ventures, such celebratory weeks could become a thing of the past.

“It’s a war of attrition. We are losing capacity, a bit, year after year,” says Gordon Osinski, a planetary geologist who holds the industrial research chair in Earth and space exploration at Western University in London, Ont. “You don’t notice it on a day-to-day basis, but when you stand back and look at where we were 10 years ago, you realize we are in a bad situation.”

Here’s how bad: The most recent budget documents show the CSA spent $388 million in 2016-17. That may seem like a lot, but a study from UBC published last year says that Canada spends the least on space exploration of all the G8 countries, and the second-lowest per capita. (At the time, the U.K. contributed the lowest per capita, but it has since increased its spending, notes one of the authors.)

RELATED: David Saint-Jacques on space exploration and what it takes to become an astronaut

Funding for the CSA is also at its lowest level since 1999 and, without an injection of new funding, recent projections point to a budget of less than $300 million by the 2020-21 fiscal year, as current spending commitments wind down.

Canada is already missing out, says Osinski. It turned down a role in NASA’s Mars 2020 rover mission and Canada’s place on the next big mission, Lunar Gateway, is in jeopardy if the government continues to dither. “Ten years from now, when humans set foot on the moon again, it would be great if there were a Canadian amongst them,” says Osinski.

Osinski isn’t the only one sounding the alarm. A group called Don’t Let Go Canada, which includes industry, labour leaders and academics, wrote an open letter to the Prime Minister and the ministers of finance and of innovation, science and economic development, calling for a space strategy in the 2019 budget. Osinski is spearheading another project, Space Matters, to raise the profile of space research in Canada.

When contacted, neither the offices of Finance Minister Bill Morneau nor Navdeep Bains, the minister of innovation, science and economic development who oversees the Canadian Space Agency, would say whether space research would get any additional funding. In a statement, the innovation minister’s office pointed to ongoing investments in the space sector and to the government’s renewal of the space advisory board, of which Osinski is a member. The board did public consultations and released a report in 2017. “Our investments in the space sector have positioned Canada’s space community as a global leader in space robotics while providing opportunities to the Canadian space industry to participate in future international exploration missions,” the minister’s office said in a statement.

While the future of bigger missions is up in the air, Canadian contributions to smaller missions are suffering, too. Part of the problem, say scientists who work in the field, is that the Canadian Space Agency is so focused on made-in-Canada technology that scientists who want to explore “science for science’s sake” have nowhere to turn for funding.

RELATED: In ‘First Man,’ an iconic space story is infused with powerful humanity

For example, on the recent Mars InSight mission, there are international co-investigators from all over Europe, but Canadians are conspicuously absent. Catherine Johnson, a professor in UBC’s department of Earth, Ocean and Atmospheric Sciences, is an investigator on the mission, but she is American, not Canadian. One member of her research group is partially supported by a Canadian Space Agency grant, but that funding ends in March 2019, only four months into the mission. “Canada doesn’t actually have a mechanism for funding these types of NASA missions,” says Johnson. “The CSA grant funding for my group was a one-time, and quite restricted, opportunity for CSA funding, which is a great shame. We are losing terrific opportunities to attract and retain young scientists, and to connect our local communities with the excitement of planetary exploration.”

Johnson says the data she gains from the InSight mission will be shared with her UBC community and it could be used to set the stage for humans. “It is important to understand this from a safety perspective, for future human exploration,” says Johnson. “You don’t want to go building your habitat next to a place that might have magnitude-five marsquakes.”

There is at least one Canadian co-investigator on InSight. Sabine Stanley, a professor in the department of earth and planetary sciences at Johns Hopkins University in Baltimore, Md., was a professor at the University of Toronto for 11 years before taking her current position. After landing at Johns Hopkins, she could apply to be a co-investigator on this NASA mission, something she couldn’t do in Canada.

Stanley says she wishes the Canadian Space Agency had money for more Canadian researchers on NASA missions. It is a relatively low-cost investment—probably less than $100,000—to pay for travel and maybe a grad student salary, she says. And it has the potential for big returns. Any data gained is public and benefits the entire scientific community, not just a single researcher.

RELATED: Mars: When do we get to visit?

“It should be easy,” Stanley says. “It would really make a big impact on the amount of planetary science coming out of Canada.”

The lack of funding for all types of space research means many of the best and brightest Canadian space scientists, Stanley among them, leave Canada. They go south of the border, and also to Europe or Japan. “Most of my PhD students in the last few years have gone, or will go, to the U.S.,” says Osinski. “There are no real opportunities here.”

Kevin Cannon is one of those expats. The Canadian planetary scientist, originally from Vancouver, is doing post-doctoral studies at the University of Central Florida and says he would like the option to work in Canada, but doesn’t see that happening. “At this point I’ve all but given up hope of ever finding work in my home country,” he wrote on Twitter, in response to the Don’t Let Go Canada campaign.

Cannon hopes the current government comes through with a plan for the future of Canadian space research. “I’d like to see politicians actually pay attention to space,” he says. “The Canadian Space Agency has been neglected and has just withered away. There is the potential to do something, even with a smaller budget, but there needs to be political will to make it happen.”