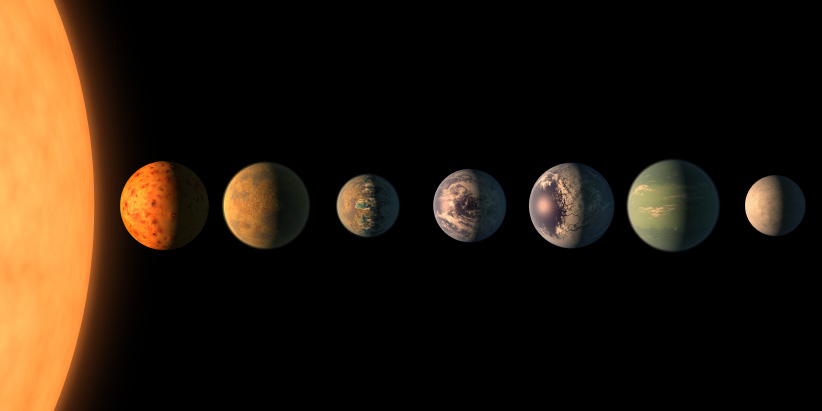 This artist’s concept shows what each of the TRAPPIST-1 planets may look like, based on available data about their sizes, masses and orbital distances. (NASA/JPL-Caltech)

Well, that was a big bang, alright: NASA has announced on Wednesday that it has discovered a new solar system, TRAPPIST-1, of seven Earth-sized exoplanets tightly orbiting a star—including three that sit squarely in the so-called “habitable zone,” meaning that there is the potential for liquid water: the key for life on another planet. “The discovery gives us a hint that finding a second Earth is not just a matter of if, but when,” says Thomas Zurbuchen, associate administrator of the Science Mission Directorate.

The last time there was such buzz about exoplanets was in August, when NASA found Proxima b—the nearest exoplanet to Earth that also lied within its star’s habitable zone.

The discovery also appears to feature a Canadian contribution: Sara Seager, a professor of planetary science and physics at the Massachusetts Institute of Technology who has won the MacArthur Genius Grant for her work on exoplanets, was born in Toronto, and will be attending the presser.

Watch the stream below and ask questions on Twitter with the hashtag #AskNASA.