Perimeter Public Lecture: How supercomputers help us see the fibres of the universe

Watch Phiala Shanahan speak live about what science has learned about the origins of mass, and the nuclear reactions that power the sun, on Nov. 7 at 7pm ET 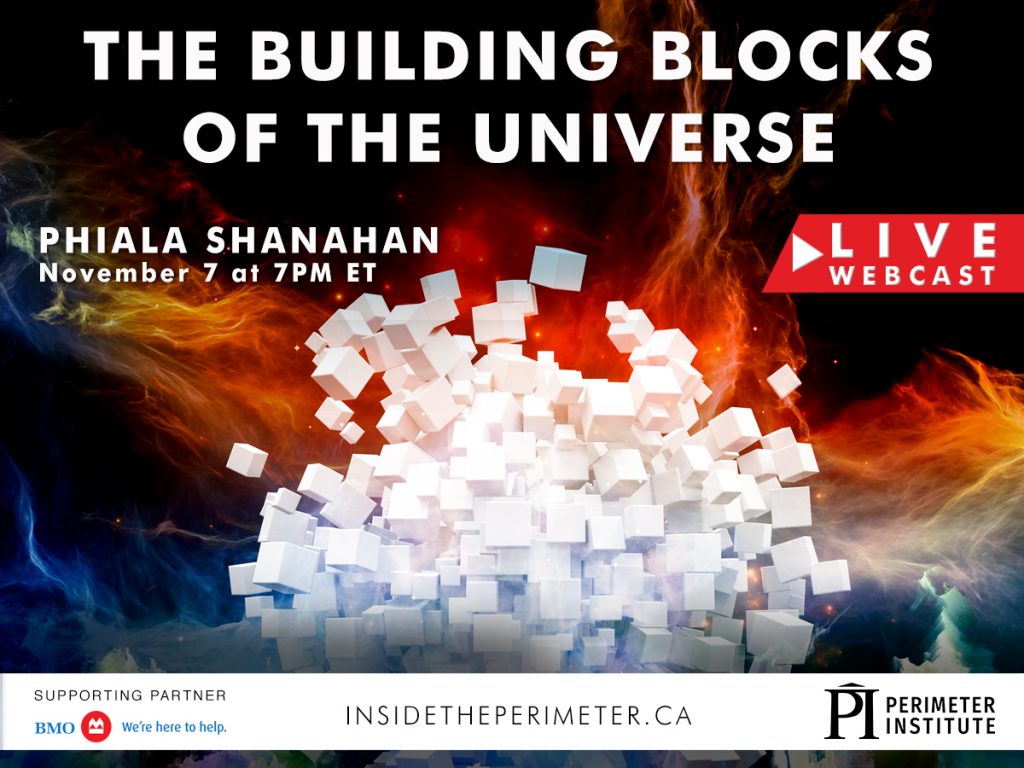 What, you might find yourself asking, is a quark? What are gluons?

If just figuring out their definitions is a lot to process—for the record, quarks are the subatomic particles that makes up matter, and a gluon is the elementary particle that acts as the exchange particle for the strong force between them—just imagine how hard it would be for a computer to process how nuclear physics is derived from them.

Fortunately, Phiala Shanahan is here to explain how supercomputers are being pushed to further and further limits to better understand what nature looks like at the subatomic level.

A 28-year-old prodigy who is already an MIT professor, has done pioneering work in particle physics and has been named to Forbes’s “30 under 30” list, Shanahan is the next to deliver the monthly Perimeter Public Lecture, a series of fascinating conversations that bring high science to the masses at the Perimeter Institute stage in Waterloo, Ont.

Maclean’s is proud to once again be able to broadcast a live-stream of her talk, as well as the other lectures in the Perimeter Public Lecture season. Watch her lecture live below at 7 pm ET on Wednesday, Nov. 7. If you miss it, come back to watch a replay of it below, after the presentation. You can also watch past fascinating Perimeter Public lectures here.