Bjarni Tryggvason on global warming, part of our series in conversation with Canadian astronauts 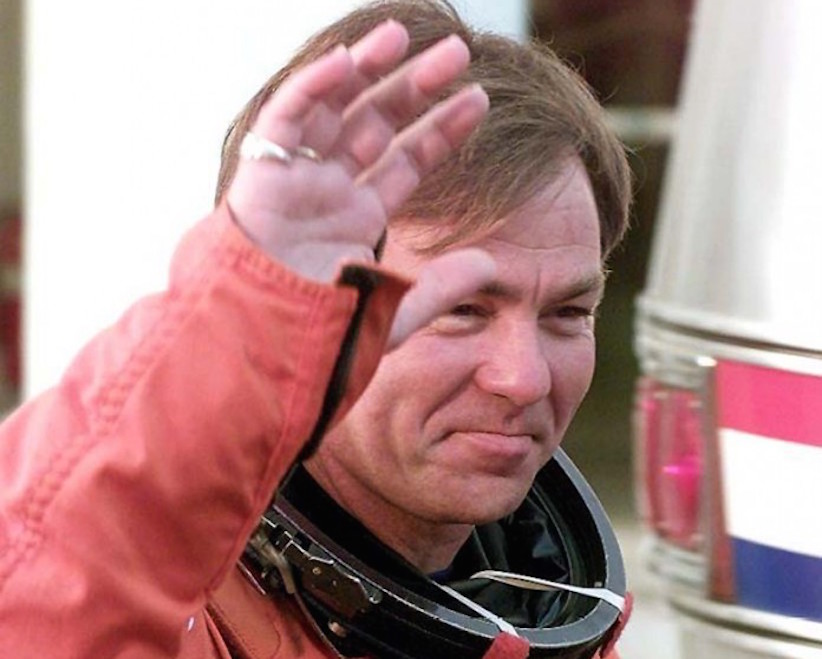 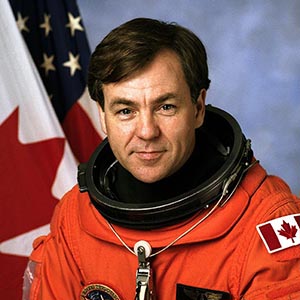 Q: Do 12 days in space feel longer or shorter than they would on Earth?

A: The whole experience was pretty amazing: the preparation for the flights, working with the crew, and the interaction between the crew and the folks on the ground. And the fact that I was working on my own science experiments was really quite good, and working with the other scientists. And being able to float for 12 days is a pretty amazing experience, then having a view of the Earth down below is pretty fabulous.

Q: Was there some aspect that was particularly hard or nerve-racking?

A: It’s just a lot of work involved. You have to be willing to work 50, 60, 70 hours a week for the 10 months that you’re training for the mission. It’s mostly a mental thing. In the space-shuttle simulator, you run through all the things you’re going to be doing in orbit, but then the instructors keep throwing malfunctions your way. So you’re reacting to things going on, and how you recover from those and move on with the mission. Of course, in orbit, very little goes wrong. It gets you ready for things that will never happen.

Q: While you were at the space agency, what were your scientific goals? 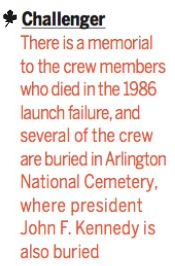 A: My main role was in aerodynamics and fluid dynamics. When the Challenger

accident happened in 1986, we had a two- or three-year window where we could do other things, so I decided to look at how fluids would behave in space. There are a lot experiments that have fluid as an element. I ended up developing this electromagnetic levitation 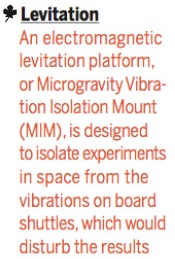 Q: Was there anything about being in space that upended your expectations?

A: There’s no training to be floating, because you can’t replicate that on the ground. It was so amazingly easy to move around.

The one thing that I would say was surprising—my first job was in meteorology, so I knew a lot about what weather patterns would look like—but when you see it from space in great detail

, you see these lines of clouds that go on for 1,500 miles, and there was much more organization than I would have thought. That was probably the most surprising thing, looking back at the Earth through that.

Q: Did looking down at Earth change the way you see the world?

A: We worry a lot about environmental issues, appropriately so. North America, Australia and Europe are the cleanest places in the world, and we have a society that is rich enough and well-off enough that we can worry about climate issues. We have the time and resources to look at this. But go over to places like China, South America, Africa, even now, the Middle East, these are polluted places.

Q: Can you see that from above?

A: Absolutely. I was trying to take a picture of the Yangtze River in China on one of our passes. We have this map display to show you exactly where you are over the Earth. I knew I was looking down at China, but you couldn’t see it because of the smog. It is like a browny haze. Another time, we were over Borneo, and I was trying to take a picture, but you could just barely make it out. It was a clear day, so it wasn’t clouds. Then our flight path took us over Australia five minutes later and it was crystal-clear. So the impact that people have on the Earth really jumped out at me.

After the flight, I couldn’t go out and just give a talk on the experience and show pretty pictures­, so I put together talks on the impact that people are having on the Earth and showed a lot of these things. I’ve given that talk many times. People are always surprised.

The global warming [problem] is so clear when you look at it from space. A lot of people don’t want to accept the fact that this is so. Space is a great vantage point to look back at the Earth and get a far better understanding of the Earth that we’re living on and what we’re doing to it. It was a surprise how clearly you could see that from space, and how much you can use space to study these things.

Q: What is your pitch for why space is worth the investment?

A: We can get a certain level of understanding of the Earth that we’re living on by ground-based measurements. From space, I can make observations that are 10,000 [times more instructive] in quantity of information, the detail of information. One of the things we’re flying up as an education experiment is a spectrometer. It doesn’t sound very exciting, but basically, it’s like you and I can sense red, green and blue with our eyes, but your mind puts that together and makes up all sorts of colours that are a mix-up of those. The spectrometer that we’re sending up in December measures light at 1,000 different colours, so you can tell so much more about what it is that you’re looking at. From space, you can tell what’s in your atmosphere, what’s on the ground; you can tell the health of the plants in a farmer’s field. It goes on and on.

Q: What excites you most about the future of space exploration?

A: I think that’s a place where, unfortunately, people get carried away with mixing science fiction

with reality. People say, “Oh, people are going to go to Mars.” Even people at NASA are claiming we are going to send people to Mars. When you look at Mars, it is a six-month trip to get there. You can’t turn around and come back until 18 months, so it’s a minimum of a 2½-year trip to a place that has no atmosphere, to a place where a warm day is -50° C and, 12 hours later, it is going to be -150° C, no support, nothing. 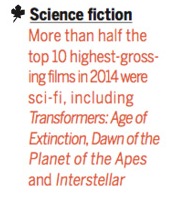 NASA has been working on a space capsule to replace the space shuttle for a little over 10 years and has not gotten anywhere with it yet. It is going to be launching it with people on it, I think, in 2020. We’re building something that we’ve built before, we know how to do it, and it takes 20 years. Going to Mars has huge issues and challenges that we have not dealt with. It is a 50-year-plus endeavour.

Q: So the whole Mars One and people taking a one-way ticket is not realistic?

A: It’s not realistic. It’s just kind of goofy. And I’ll be very surprised if we see this happening in the next 30 years, never mind in 10 years. People think you can do this mythical stuff, and you can’t.

Q: Would you ever take a one-way ticket to space?

A: This came up with my daughter. At this point in my life, no. But maybe in 10 years, when I’m getting ready to croak, yeah, sure.

Q: What do your kids say about the fact that you went to space?

A: They think it’s great. They were there for the launch, so it’s fantastic. It also gives them a bit of a challenge to live up to. They have to pick their careers and work toward what they like to do, and they’re both doing that.

Q: Any advice to the Canadian astronauts who haven’t gone to space yet?

A: Hang in there. It is worth all the effort and time it takes to get there.

Q: Do you have a favourite space movie?

A: I do not. They all get carried away on the science fiction side. My thing is real science, not science fiction, and keeping those things separate. There is so much real stuff that is really interesting and challenging.