Steven MacLean on the violence of the universe, part of our series in conversation with Canadian astronauts 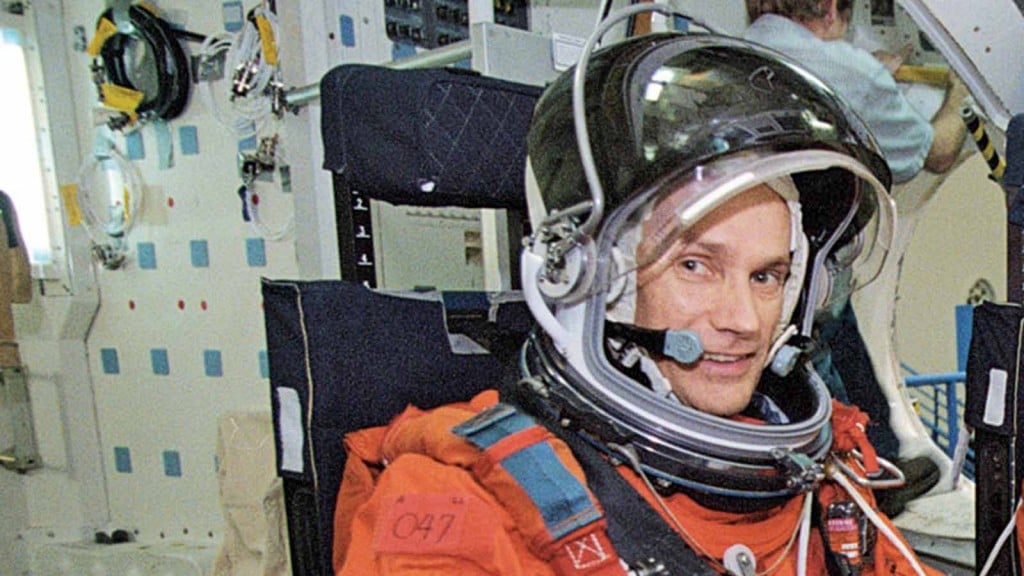 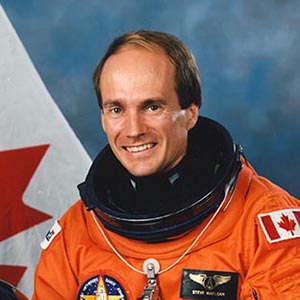 Read other entries from Question and Astronaut, our series of annotated interviews with Canadian astronauts who have been or will soon go to space.

Q: Do you have a favourite part from one or both missions?

A: The entire experience is cool: the fact that you’re there, what you can see, how you feel, and then who you’re with. Part of it, for me, was the privilege of working with the best, not just in orbit, but also on the ground.

Q: It sounds like such a real feeling for you, not a distant memory.

A: It becomes such an intimate part of you. If you ask me about Day 4, let’s say, [when] I’m floating by the arm, just about to start the controls, I can tell you what I did for the next hour. The memory is ingrained in you, because the experience is so fulfilling.

Q: Is the space walk similar to being in water with no land in sight?

A: That’s exactly how you feel before you go outside, because you don’t know how you’re going to react. I kept calm. But I’ve watched many guys make tiny mistakes. The first time, you really feel the inertia of the suit in the first 10 minutes of your flight, so you have to adapt. You ask those questions: Will you be afraid of [what] you don’t know?

Q: Were you afraid?

A: My first reaction was I seemed so much higher above the Earth than I did from inside. I think it has to do with peripheral vision and being able to see more of the roundness of the Earth than from inside a flat window. It took me 10 seconds to react: “Wow, this is high!” After three or four minutes, I realized, “Hey, this is unbelievable, this is great, I’m going to be fine.”

Q: Was there one part of being in space that was especially challenging?

A: The most difficult thing for me was leaving my kids. On my first flight, I had a two-year-old and an eight-month-old. I had accepted the risks for myself, but I had not really accepted it for them until I was saying goodbye to them. That was tough. You picture them growing up by themselves and that’s not what your plan was.

Q: Did the Earth look different the second time?

A: How I saw the Earth is the same way it looked a million years ago, and the same way it’s going to look a million years from now—in general. But there was a visible decrease in the amount of ice and the number of glaciers on all the mountains of the world. That was clear. You did not need a satellite to measure that. The difference was huge. There was less white. [As for] the atmosphere itself, there is a green ring around the Earth that tells you what the activity in the atmosphere is. I would say that it was basically the same. But over China, for example, Beijing was covered in pollution [during my first flight] and, on my second flight, most of China was socked in with pollution. Those differences were astounding. I flew 14 years apart.

Related: Stunning photos of the Earth from Dove satellites

Q: Did seeing that change the way you look at our world?

A: Canada is a leader in optical instrumentation. Everyone knows that we’re good with robotics; we’re kind of the third power when it comes to the International Space Station; they couldn’t assemble the station without us. Also, we are the best in the world with radar and how we handle our radar images. But it’s not as well-known [that] we are the leading country in optical instrumentation. Many of the weather satellites that the Americans have in operation have Canadian instruments at their hearts. So I was pretty aware of what the health of the atmosphere was from all of that. But then, to see it with your own eyes confirms it, and the one word that typifies the sense of how you feel is fragility.

I did an experiment on my first flight where we measured oxygen. There was a crystal on the end of the arm, and we extended the arm into the velocity vector and we measured the oxygen-atom flux and the nitrogen-atom flux on the arm. Then I had sort of a computer that was giving me a plot of the oxygen atoms. During the day, the numbers would go way up, because the atmosphere expands, then at night, the numbers would go way [down]. So you actually saw the Earth breathing: out during the day, and in during the night. If you think about the physics of that, the exchange of the oxygen atoms off the surface of our atmosphere, you realize that it’s fragile and we need to look after it.

Q: What is your pitch for investment in space exploration? 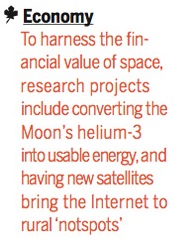 A: There are many layers. Climate change is part of it. Space intersects with all sectors of the economy

­: energy, transportation and agriculture­. Communications is coordinated through space, data gathering, navigation, health monitoring. For every dollar that we’re investing, we’re getting 12 back, and have for the last 30 years. And it’s exponential: The more you invest, that number goes up higher.

Q: What part of space science are you most excited about?

A: The long-term [possibility] is the most exciting. The universe is a violent place. Across the five major space agencies, there are instruments measuring the character of the universe, from the cosmic background radiation, to satellites that look at those oscillations in near-Earth space, to understanding the evolution of galaxies. There are literally five or six bus-sized satellites doing that. To give you an idea, there is energy on the head of a pin out there that could power the Earth for more than 100 years. We need to understand that, and we don’t right now.

Related: Is this the spacesuit of the future?

Q: What do you mean when you say the universe is violent?

A: You have black holes that are sucking up everything in sight. You have galaxies that are colliding with each other. You have jets of gas that move at a quarter of the speed of light, that are emanating out of a collision that might happen between a black hole and a separate galaxy. You have bursts of energy that, in that single second, have more energy than the entire universe at once. The probability of that coming to us is low, because we’re in a quiet place in the universe. But we need to understand it so that we can take advantage of it. 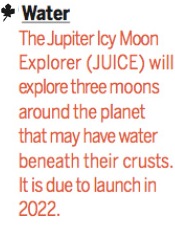 To the uninitiated, it sounds like science fiction, but it is the way it is out there. I would love nothing more than to hear that we’ve found water

on an Earth-like planet not too far away, because that’s getting into the ultimate question: Are we alone?