Revisionist prehistory: What was Earth like before the asteroid hit? 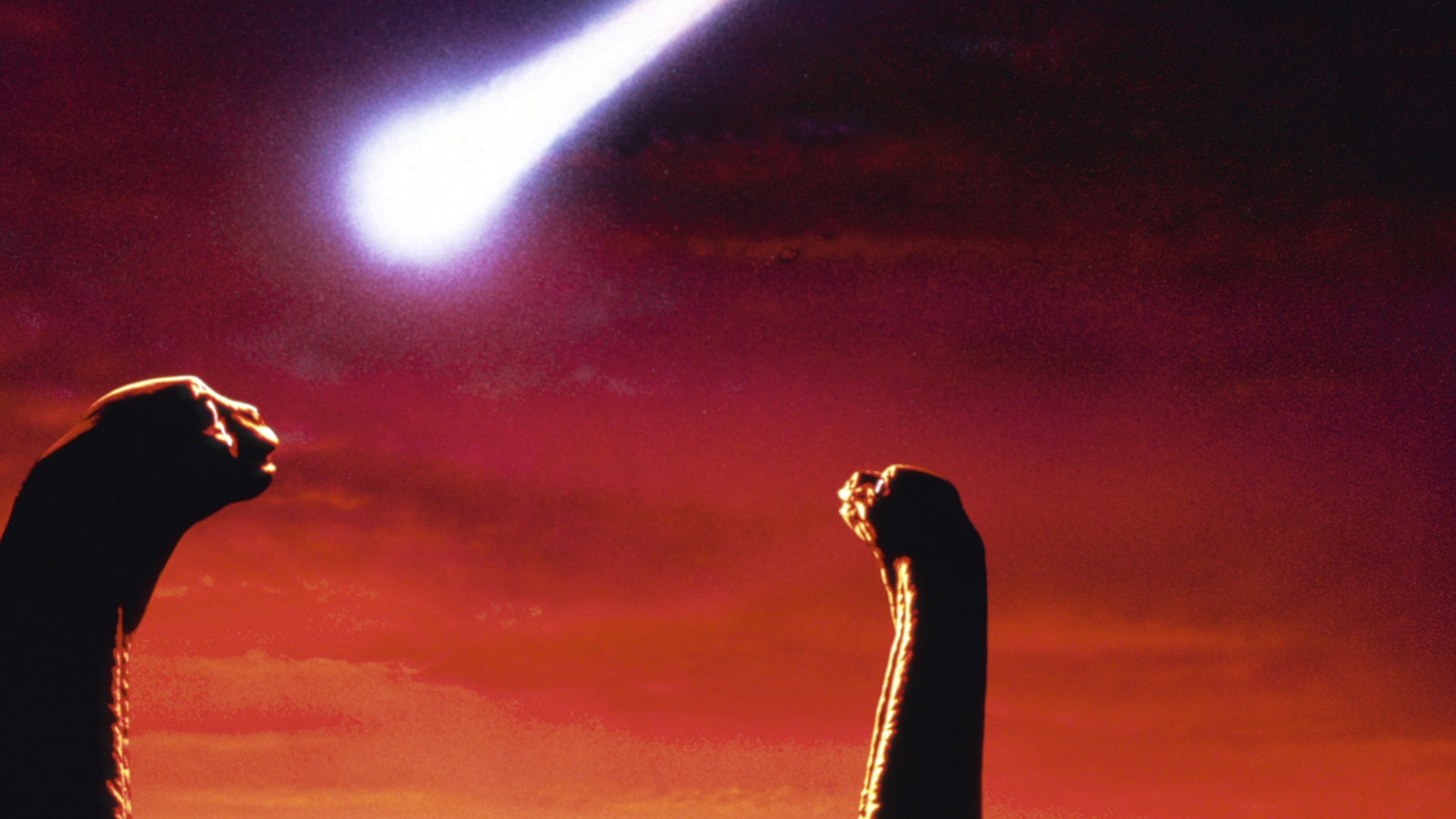 Sixty-six million years ago, a 10-km-wide slab of space rock slammed into the Earth, unleashing the force of thousands of nuclear bombs and triggering tsunamis, wildfires, earthquakes and all manner of catastrophes. It ultimately wiped out 80 per cent of the planet’s species, including the dinosaurs. But what if that fateful impact had come a few million years earlier or later? That’s a small slice of time on such a broad historical scale, but according to a new study in Biological Reviews, if the asteroid’s timing had been a little different, the dinosaurs might still be here today. Humans, on the other hand, almost certainly wouldn’t.

Paleontologist David Evans, curator of dinosaurs at the Royal Ontario Museum and associate professor at the University of Toronto, co-authored it; he spoke to Maclean’s from a remote spot in southern Alberta where he was out on a dig, working on rocks some 80 million years old. Beyond searching for new specimens—so far, they’ve identified two new species of horned dinosaurs, distant cousins of triceratops—they’re trying to better understand the period before the asteroid hit. “We’re filling in a gap in our knowledge of dinosaur diversity,” Evans says. Before the mass extinction, it looks like their diversity was on the decline, which set them up for disaster.

This paper is the latest tweak to the theory that an asteroid strike is to blame for the dinosaurs’ destruction. First proposed by the father-and-son team of Luis and Walter Alvarez in 1980, “it was initially met with a lot of criticism,” says Paul Renne, director of the Berkeley Geochronology Center, which studies the history of the Earth and other planets. Back then, Renne was a student at the University of California at Berkeley, where Luis and Walter were also based. “It was a Berkeley theory,” Renne says, yet he and many others initially thought the idea far-fetched. Still, evidence began to suggest the Alvarez team was right. Most telling was a layer of iridium and shocked minerals that circles the globe. “The abundance of [iridium] on Earth is just tiny,” Renne says, but the metal is commonly found in meteorites. It’s most concentrated close to the impact crater, he says, near what’s now the Yucatán Peninsula in Mexico.

The dinosaurs were tremendously successful, thriving for 160 million years (by comparison, modern humans have been around for about 200,000 years). In this new study, Evans and other researchers reviewed a variety of dinosaur fossils to build a narrative of what was happening in the few million years before they disappeared—the same period Evans is continuing to investigate in his dig.

As the team found, the asteroid didn’t slam into “an idyllic lost world of dinosaurs,” says co-author Steve Brusatte, a paleontologist at the University of Edinburgh. “It was a planet undergoing changes,” he says, including varying sea levels, swings in temperature and violent volcanic activity. “Some climactic changes were linked to these enormous volcanic eruptions,” says paleontologist Richard Butler, another co-author. “We don’t have a good handle on why they occur,” he adds, although there have been other such periods in history. All this upheaval seems to have contributed to a lack of diversity among big plant-eaters—duck-billed dinosaurs and horned dinos like triceratops—on which others preyed, weakening the food chain. Given some time, the plant-eaters likely could have bounced back, Brusatte says, but then the asteroid smacked into Earth, causing food chains to collapse and species to topple like dominoes. In Brusatte’s telling, the dinosaurs were “victims of colossal bad luck,” while humans were dealt a winning hand. Mammals arose around the same time as dinosaurs, says Butler, but with such large and fearsome competition around, “they were restricted to small sizes.” With dinosaurs out of the way, mammals exploded, creating the rich diversity of today. (The dinosaurs that didn’t die out shrank over the next 50 million years, according to another new paper, in Science, evolving into birds.) If the asteroid hadn’t hit, massive dinosaurs could have lived on to the present era, these researchers agree. “We may owe our existence to the asteroid impact,” Butler says.

Understanding why the dinosaurs went extinct is important, and not just to solve an enduring mystery—it also tells us something about today. “We face a major biodiversity crisis,” Evans says. “We’re losing species at an alarming rate.” Five major mass extinctions have been identified in the Earth’s past; experts believe we’ve entered the sixth, driven largely by human actions. The disappearance of the dinosaurs “is the closest mass extinction to us in time,” Evans says. A better understanding of how factors such as changing temperature and sea levels made an ancient species vulnerable to catastrophe gives us a fuller picture of what we’re facing today. “For example,” says Renne, “if we know the tolerance of the planet for CO2 in the atmosphere, we can feed that into policy.” The great dino die-off, says Evans, “provides a perspective on our current crisis.”