Micro-organisms are central to the production and consumption of greenhouse gases and are in turn affected by planetary changes. And yet, they are largely ignored in most climate policies. 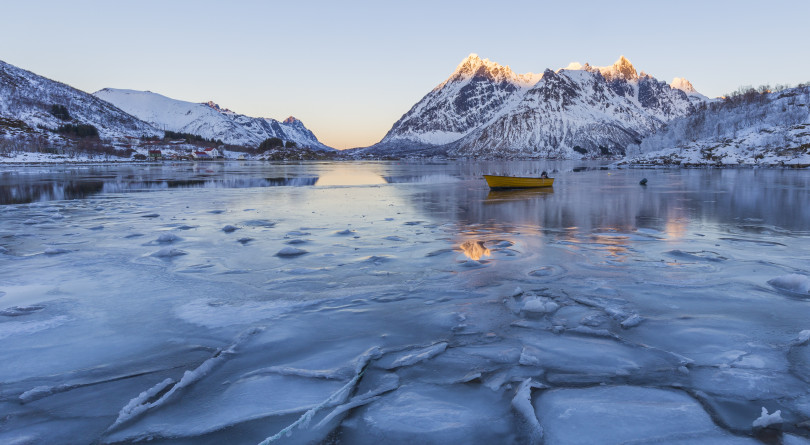 How do the planet’s octillions of microbes affect climate change, you ask?

How do they not? answer the 33 microbiologists from around the world who have issued a stark warning that the Earth’s smallest creatures are the biggest part of understanding both the problem and its solution.

“The organisms that we can’t see with our eyeballs are everywhere and do everything,” says Lisa Stein, of the University of Alberta, one of the co-authors of the consensus statement “Scientists’ Warning to Humanity: Micro-organisms and Climate Change,” which came out in June in Nature Reviews Microbiology. “Micro-organisms have a very, very large impact on every single aspect of our day-to-day lives…. This microbial world cannot be ignored.”

RELATED: Is carbon tax the answer to Canada’s climate-change woes?

The problem is that it is being ignored. While the rest of the world—including scientists who work on climate models—has been focusing on how polar bears and forests and coral polyps are reacting to climate change, microbes have remained largely out of the calculations.

“We don’t have the big picture yet,” says Ursula Hofer, the London-based chief editor of Nature Reviews Microbiology and one of the people who urged the publication of the warning statement. She adds that micro-organisms are not just numerous and widespread but are also rapidly reacting to changes in the environment even as those changes occur. “It’s very difficult to get the global scale of this.”

Nor are microbes considered in most climate policies. Yet they are what the microbiologists call the “unseen majority,” the most abundant creatures on the planet, coming in at a mind-boggling 1.2 nonillion individuals. (A nonillion is a thousand octillions, or a 1 with 30 zeros after it.)

“Unless we appreciate the importance of microbial processes, we fundamentally limit our understanding of the Earth’s biosphere and response to climate change and thus jeopardize efforts to create an environmentally sustainable future,” the warning statement says.

Micro-organisms affect the production and consumption of the greenhouse gases that are heating up the planet. But they are also affected in their turn by the planetary changes triggered by high concentrations of those gases, in ways the microbiologists themselves are still struggling to grasp.

Take the tiny brown phytoplankton that live underneath sea ice. They absorb carbon dioxide, a greenhouse gas, from the air when they harness the energy of the sun and store it in their living bodies. That’s the biological base of the marine food web on which everything else depends, from krill to whales, explains Rick Cavicchioli, a microbiologist at the University of New South Wales in Sydney and the lead author of the warning.

“If you think about all that sea ice that is melting, that’s their home,” he says. “That’s where these sea-ice algae do their job. Well, if you take away their home, that means they can’t grow and therefore they cannot fix that carbon dioxide—they can’t take it out of the atmosphere and they can’t help the beginning of the food web. So it means ocean life is starving.”

And then there are trees and food crops. They depend on healthy microbial communities in the soil to stay healthy themselves, allowing them to continue to absorb carbon dioxide and produce oxygen. But as climate disruption dries out the soil, those microbes can’t function as efficiently and the plants and crops suffer, along with their role in the carbon and oxygen cycles of the planet.

“If we don’t understand how climate change is going to feed back onto microbes—because they are the primary component of greenhouse gas flux—then we’re missing a really big part of the equation,” Cavicchioli says.

RELATED: Animal and climate activists are merging—and for good reason

Infectious diseases, caused by microorganisms such as viruses and bacteria, are also on the move as the world becomes warmer and more chaotic. Malaria and dengue fever, for example, could hit harder as mosquitoes multiply more rapidly and spread to new lands, and as the season of infection lengthens, the warning statement says. Higher temperatures also tend to make some human pathogens more resistant to antibiotics, worsening a problem that is already scary.

But there are bright sides to the adaptability of microbes, too. Yes, climate change can injure microbial communities and trigger a chain reaction that speeds up the carbon stockpile in the atmosphere and the danger to humanity. But understanding how microbes will react can push in the opposite direction, the statement says.

“This can be a nice thing, if you like, in terms of saying, ‘Hey, we can try to use microbes to help the problems we’ve created,'” Cavicchioli says.

For example, once microbiologists understood how mosquitoes respond to the bacterium Wolbachia, they were able to release Wolbachia into the environment and cut down on the spread of dengue and Zika.

RELATED: Naomi Klein: “We are seeing the beginnings of the era of climate barbarism”

Microbes in soil and animals could also help make agricultural practices more nimble, if only microbiologists had a deeper understanding of how they will react to a warmer world. And Cavicchioli points to recent evidence that some microbes are evolving to teach themselves how to break down plastics. Sensing a possible new—and abundant—source of fuel, they are favouring rare gene mutations that will allow them to consume long-chain polymers. Until now, those lab-made polymers have been impossible for microbes to decompose, making plastics immortal as well as ubiquitous.

And micro-organisms can affect the carbon load in the atmosphere in even more direct ways, helping to produce new fuels to replace the fossils that caused the problem in the first place. Stein’s lab in Edmonton, for example, specializes in microbes that eat the greenhouse gas methane and produce biofuels. (Methane is a common waste byproduct of many industrial and agricultural activities.) And, along with San Francisco-based Mango Materials, Stein’s work helps make bioplastics that are as inexpensive to produce as plastics made from crude petroleum.

“We can use these microbes as our friends,” Stein says. “We can allow them to help us mitigate climate change.”

Maclean’s is one of more than 250 media outlets participating in Covering Climate Now, an international journalism initiative co-founded by The Nation and Columbia Journalism Review. We will be publishing and sharing original coverage all through the coming week in the lead-up to the UN’s Climate Action Summit, to be held in New York on September 23. The summit is an attempt to spur world leaders to develop new plans to reduce carbon emissions by 45 per cent over the next decade and reach a target of zero net emissions by 2050.
FILED UNDER: climate change Climate Change Now covering climate now Editor's Picks