The Big One is coming to Los Angeles, but nobody knows when

A major earthquake along the San Andreas Fault is long overdue, and the risk of floods in California is even more costly 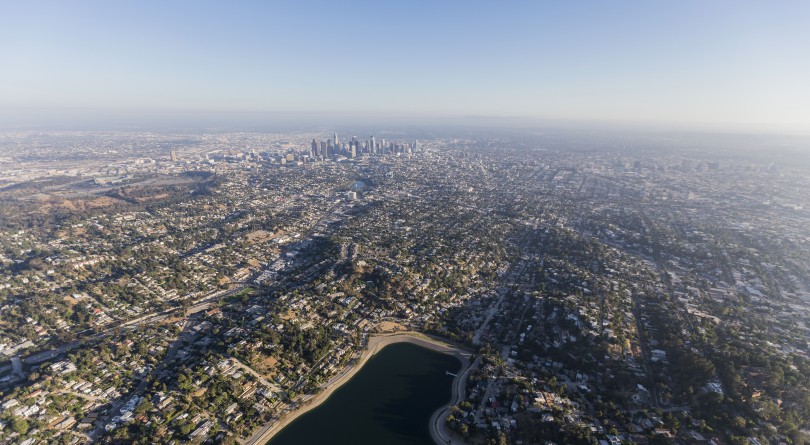 Seismologist Lucy Jones deploys arresting details to brilliant effect throughout The Big Ones: How Natural Disasters Have Shaped Us (and What We Can Do About Them). She highlights the atavistic, beggar-my-neighbour responses disaster can spawn by pointing to the armed guards patrolling riverside levees during the Great Mississippi Flood of 1927. They were there because authorities feared someone would act on an inescapable conclusion: there was no surer way to protect the levee on one riverbank, and the lives and property it sheltered, than to destroy the levee on the other bank. The guards shot at least a dozen people, some of whom were reportedly carrying dynamite. She captures the increasing globalization of natural disasters in a single statistic: the victims from 57 nations who died in the 2004 Indian Ocean tsunami included 534 vacationing Swedes, meaning the worst natural catastrophe in Swedish history, as measured by deaths, occurred in Asia.

But none of Jones’s deceptively innocuous facts carries more implications—a cascading series of them, actually—than the one that opens her book. Once the public face of the U.S. Geological Survey and known to her fellow Californians as “the earthquake lady,” Jones notes the alarm built into the Southern California seismic measurement network is set to go off if no quake is recorded for 12 hours, because that would mean the instruments had failed—SoCal simply doesn’t have 12-hour quake-free periods. In the 25-year history of the network, the recorders have never broken down, and the alarm has never sounded.

“Southern California averages about three magnitude-one quakes an hour,” says Jones, 62, in an interview in Victoria before delivering the first of her three B.C. lectures on earthquake preparedness. “And three magnitude-twos a day,” she continues, “both too small to be felt by humans.” The first implication Jones wants readers to consider is what those rates mean to the possibility of earthquake prediction, seismology’s Holy Grail. “As far as we can tell, small and large earthquakes begin in the same way: how big an earthquake becomes is determined after it starts. If that does turn out to be true, then prediction as people want it to be—there is a large quake on the way within this narrow window—will always be impossible.”

READ MORE: The earth’s rotation is slowing, and that points to a big year for earthquakes

She carefully repeats that conclusion, because “it’s astonishing how often seismologists say ‘impossible,’ and a reporter turns that into ‘a very difficult problem.’ No one wants to accept ‘impossible,’ because it’s the randomness and the unpredictability of quakes that make them so frightening.” Nor is there anything special about SoCal as a seismic zone—another implication worth pondering. “A quake of some size occurs somewhere in the world every minute.” It’s a live world out there, the earthquake lady wants you to know, and it’s no accident that lots of people can be found where the planet is at its liveliest.

Humans love what nature has done with the place, as long as the Earth’s latest upheavals are out of our memories. We have settled along fault lines, flood plains, coastlines and in the shadow of volcanoes for the springs and crop irrigation possibilities, the fertile soil and transportation routes we find there, and we pay an ongoing price for it when the floods, hurricanes, earthquakes and eruptions recur. Los Angeles, says Jones, owes its very existence to earthquakes, ringed as it is by mountains that provide moisture and dotted by springs of water and petroleum brought to the surface by fault lines. Now it has evolved into an enormous conurbation—and a city at risk, “a risk that is growing all the time because the number of people there, as in all these places, is growing all the time.”

What that risk entails is illustrated by another of Jones’s thought-provoking stats. Consider the trend lines of L.A.’s three 20th-century quakes: 1933 saw 115 deaths and $50 million in damage; in 1971, the figures were 64 dead and $500 million in damage; in 1994, 57 and $40 billion. “You get what you ask for from your building codes. Los Angeles’s are designed to make sure you don’t die, and it’s done extremely well at that, as you can see in the declining death toll, but it ignores the economic impacts. What it’s missing is any notion of economic resilience.”

And that worries Jones, in large part because the city’s 20th-century quakes were small, 6.3, 6.6 and 6.7, respectively, in magnitude. None of them was the Big One, a sobering realization that points to yet another of the implications of the seismic network’s alarm. In the ground beneath a great city, where dozens of earthquakes, all too small to be felt by the inhabitants, register daily, there is one glaring anomaly. The southern end of the massive San Andreas Fault hasn’t registered anything, not the slightest tremor, in more than three centuries. The San Andreas produces only strong quakes—on average, 160 years apart, meaning the next is well overdue—because it is a weak fault, worn smooth across eons of earthquakes, and now lacking jagged edges that can stop a quake after a tectonic plate has moved only a few metres along its fault line.

RELATED: Living on the coast, waiting for the big one

When the Big One comes, it will begin there. The rupture front will race along the fault at three kilometres per second for at least 150 km (magnitude 7.5), probably for 300 km (7.8) and perhaps more than 500 km (8.2). If it goes that far, it will run into the strange “creeping” section of the fault, where energy isn’t stored until it’s released in a large quake but is regularly dissipated in small, harmless bursts. “We think, we hope,” writes Jones, that the creeping section will keep the earthquake from growing any bigger than 8.2.

What would that mean? Misery, according to Jones’s famous ShakeOut model from a decade ago, which was predicated on the likely 300-km scenario. The model foresaw 150,000 older buildings collapsing and 300,000 severely damaged, with even newer buildings “red-tagged,” meaning entry forbidden. “The code, remember, is designed to keep you alive, not employed.” And fires everywhere: the blazes caused by previous quakes were battled by firefighters from hundreds of kilometres away. But this quake’s area will be far larger, Jones says, and neighbouring departments will have fires at home to handle. If there are 1,200 fires (likely) that need more than one fire company (possible), says Jones, “there aren’t that many fire companies in all of Southern California.” (When the Big One strikes Canada’s West Coast and the U.S.’s Pacific Northwest, the devastation, adjusted for population, will be similar. But the interval rate there, 500 years for megaquakes, offers some comfort, Jones will tell her B.C. audiences, since the last one was in 1700.)

In Southern California, most of the 25 million inhabitants will survive. The model forecasts 1,800 dead and $200 billion in damage. As Jones pithily sums it up: “You’ll live, but you won’t work.” The Big One could destroy every system that makes urban life function—water, gas, electricity, sewers. (“Oh God, sewers,” sighs Jones, “nobody wants to talk about sewers,” but there is no city without them.) “How many people will give up on Southern California because it’s just got too miserable? A lot of our businesses are there because people want to be there. You can work for Google in a lot of different places, but they have a big set-up in West L.A. because people like living there. Then there are all the businesses that cater to those Google employees. They will be suffering, too. And I think that that’s the question we really don’t know the answer to. How are people psychologically going to respond to this type of destruction?”

The potential quake damage brings Jones, in a roundabout way, back to the fear earthquakes provoke, which dwarfs that inspired by floods, which pose a worse danger. The greatest natural calamity to strike California was one it has forgotten—a fourth-generation Angeleno, Jones learned of it only as an adult—the great flood of 1861 to 1862. When the rains began that winter, they never really stopped for months. A lake 10 m deep formed in the state’s Central Valley, now home to 10 million people. “I am still astonished that flood never got mentioned in school,” Jones says. “But think of what it did—killed one per cent of the population, bankrupted the state and utterly transformed the economy from ranching to farming.” When Jones modelled the modern-day effects of such a deluge, the economic damage quadrupled that of a large quake, hitting $800 billion. “Almost everyone in California is at risk of flood, and almost no one knows it.”

The complacency with which people face floods—surely, there will be warning—returns Jones to the question of quake prediction and what that means in communicating with the public. Through a complicated series of events, Italian seismologists, trying to rein in a scientist who claimed that a series of tremors in the L’Aquila region in 2009 necessarily (as opposed to possibly) meant a large quake was on its way, tamped down the elevated risk and failed to warn the local population about preparatory measures (like sleeping outside) that were warranted by the seismic activity. “Instead,” writes Jones, quoting an observer, the seismologists “were snookered into addressing a yes-or-no question: ‘Will we be hit by a larger earthquake?’ By saying no, they presented a definitive, and in the end incorrect, statement.” The quake came, 300 people died, and seven scientists were convicted of involuntary manslaughter.

Scientists were outraged by the charges, but Jones sympathizes with both sides. Policy-makers and media want black and white, she says, and scientists fear their comments will be torqued. “But if the odds increase, even if there’s only a five per cent chance that a smaller quake might lead to a larger one in the next few days, I’d have to get that information out. It’s easier for me to say that now that I no longer work for the government, and I do have sympathy for emergency managers dealing with possible panic.” But governments have to stop oversimplifying the message. “I think we need to give more credit to the public’s ability to handle nuanced information.” After all, Jones doesn’t know and never will know exactly when the Big One will come to Southern California, only that it will. Plate tectonics haven’t ceased, L.A. is still moving closer to San Francisco at the rate of five centimetres a year, and some day, Jones says, “shift will happen.”

FILED UNDER: earthquake Editor's Picks The Big One