The health story we've been missing 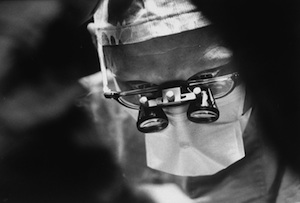 Last week, Science-ish met Dr. Lely Solari, a diminutive physician-researcher from Peru, at a World Health Organization meeting in Ethiopia. Dr. Solari described her country’s battle with a global health issue you don’t often hear about: “We are an upper-income country but we have areas of extreme poverty where anemia in children reaches 70 per cent of prevalence,” she said over lunch at the UN in Addis Ababa. Anemia may sound like a benign condition but it’s actually one of the world’s great public-health challenges. An estimated two billion of the six-something-billion people on this planet suffer from anemia, and that’s mainly due to poor nutrition and diets that are not rich in the essentials, like iron. Anemia makes people feel weak and dizzy. They can’t focus in the classroom or at work, and anemic children may sustain developmental delays.

But there’s good news: an effective treatment — micronutrient powder — has been identified, and the World Health Organization has robust guidance on how to administer these powders to decrease the prevalence of anemia in places where the problem is widespread. Yet in Peru, a pilot with micronutrient powder had to be stopped because it seemed to be doing more harm than good. Dr. Solari was asked to go in and find out why this was happening.

Through careful observation, she found that the problem wasn’t the powders; it was how people were taking them. The sachets of nutrients were being delivered by the Ministry of Health without any counselling and people didn’t know what to do with them. There also was no mechanism in place to monitor and evaluate the impact of the program, and little community participation and buy-in. In other words, the system by which an effective treatment was being delivered was broken so the treatment didn’t work. Dr. Solari took all these issues and her proposed solutions to the ministry, “and they were all taken up,” she told Science-ish with a smile.

Before she took a close look at how things were working on the ground, Peruvian health officials were missing the proverbial forest from the trees. Now, because of Dr. Solari’s work, not only is the micronutrient program in Peru saved, but it’s being scaled up to 14 regions in the country. Lives will likely be improved, even saved.

The take-home-message is this: Like Peru’s health ministry, we observers of health care and policy need to start taking a better look at the big picture—the forest—and holding our policymakers to account for systems-level failures.

Allow Science-ish to explain: There was a time when doctors and so-called treatments killed more people than they helped. As the history professor David Wootton so deftly describes in his book Bad Medicine, “If we define medicine as the ability to cure diseases, then there was very little medicine before 1865. The long tradition that descended from Hippocrates, symbolized by a reliance on bloodletting, purges, and emetics, was almost totally ineffectual, indeed positively deleterious, except in so far as it mobilized the placebo effect.”

But that’s simply not the case anymore. We have antibiotics, we have good treatments for anemia, and while we’re still looking to defeat cancers and migraines, along with small ailments like jet lag and the common cold, we have discovered how to manage HIV so effectively that positive patients can lead productive lives. One of the most important challenges we face now is figuring out how to get these treatments to everybody and how to do so effectively, both in terms of patient outcomes and how we use our health resources.

The research community is catching up. The study of what, in ivory-tower lingo, are called “health systems” is an emerging discipline, and this year Beijing will host the second symposium on the subject. This marks a shift from a focus on health programs, services and drugs to questions that take a big-picture approach, such as service delivery, health-information systems, and even financing and governance. As Dr. Luis Gabriel Cuervo, a senior advisor with the Pan American Health Organization, explained, “In health systems, you are looking at the whole cake, not just the prescriptions of the nurses or doctors or physiotherapists, but how do you get to access the hospital? Can I drive there? Will an ambulance take me there? When I arrive there, are the medications going to be in stock?”

We in the media need to catch up with this mind-set, as well. As Dr. John Lavis, director of the McMaster Health Forum, put it, “There’s huge amounts of news focus on the new breakthrough drug or the new clinical service that people are excited about. And that also is the focus of a lot of donations.” But there’s a lot less talk about how these breakthroughs fit into health systems. “If we’re not thinking seriously about … engaging the public in these difficult choices in how we best get these programs, services and drugs to people, then all these wonderful [interventions] are for naught.”

So when we talk about drug shortages in Canada, we should use the very sad stories of individuals who did not get the treatment they needed to look at the implications of the provinces coming together to purchase in bulk. When talking about stock-outs of malaria drugs in Africa, we should look at what’s rotten in the health systems that are failing to distribute the drugs effectively, especially when public money is involved. As Dr. Cuervo said, of pregnancy and childbirth in Latin America, “Women are dying because they did not reach the hospital in time. That’s a failure of the health system but it’s a failure that has little to do with the medical training or nurses’ training. It has to do with having the roads, ambulances, a system where you can call and request the service.” That’s the health story we shouldn’t be missing.