The billion-year-old water might help unlock one of humanity's biggest unanswered questions: Could there be life on other planets? 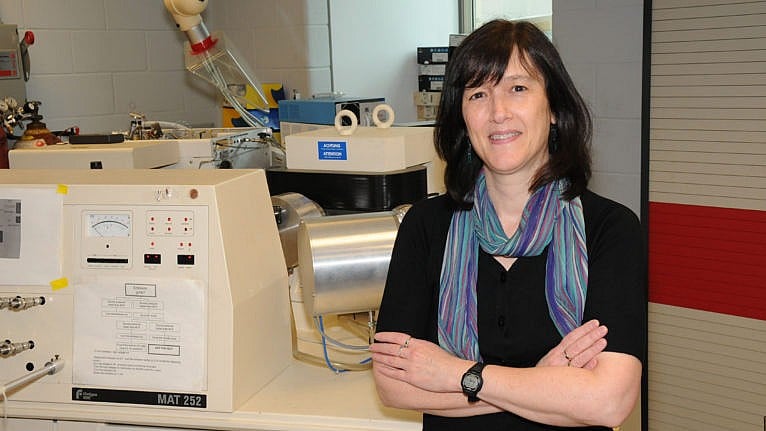 When Barbara Sherwood Lollar sent water samples to a colleague at the University of Oxford for testing, she knew this was no ordinary water. The geochemist had spent much of her career wandering around some of the deepest mines in the world, finding and extracting water that was millions of years old. She waited and waited for results that should’ve come back promptly. So she dialled up the U.K. researcher in charge of the test. “I said, ‘Hey, what’s going on with the samples?’ ” she recalls. “He said, ‘Our mass spectrometer is broken. This can’t be right.’ ” The tests pegged the mean age of the samples, extracted from a mine north of Timmins, Ont., in 2009, at 1.6 billion years old—the oldest ever found on Earth.

Sherwood Lollar, the Canada Research Chair in Isotope Geochemistry of the Earth and the Environment at the University of Toronto, says the ancient water might help answer a question that curious earthlings have asked as long as we’ve peered skyward: could there be life on other planets? 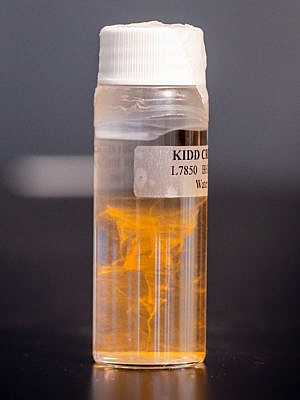 The billion-year-old liquid’s dead giveaway is its musty smell. “It literally is following your nose right up to the rock, to find the crack or the fractures where the water is discharging,” says Sherwood Lollar. But locating the highly saline fluid—up to 10 times saltier than sea water—requires more than a gifted schnozz. Sherwood Lollar first visited the Glencore-owned Kidd Creek mine north of Timmins in 1992. Seventeen years later, on an expedition that took her 2.4 km underground, her team finally extracted the record-setting brine. Four years and countless tests later, the team settled on the billion-year-plus figure.

READ MORE: How gold mining forever transformed a river in the Yukon

Those tests involved measuring radiogenic noble gases like helium and xenon, the elements at the far-right side of the periodic table. “As the water sits there, it accumulates them, like passengers getting on a train,” says Sherwood Lollar. We might know water as H2O, forgetting everything that’s dissolved in it. For example, a small vial of the Kidd mine water transferred in 2020 to Ingenium—a Crown corporation that runs the Canada Science and Technology Museum in Ottawa—features sediment at the bottom. That’s iron oxide, which precipitated from the water after exposure to oxygen from the air.

Then came a revelation. Tiny chemolithotrophic microbes—an example, as Sherwood Lollar puts it, of life “hanging on by its toenails”—were present in the water and feasting on hydrogen and sulfate. The chemistry that produced the subterranean food resembled mineral-rich hydrothermal vents on the ocean floor that support similar microbial life. But, to this point, nobody had known something similar was happening deep within continents. Glencore claims that the Kidd mine, which still produces copper and zinc, runs deeper than any base-metal mine in the world, at 3,012 m and counting. 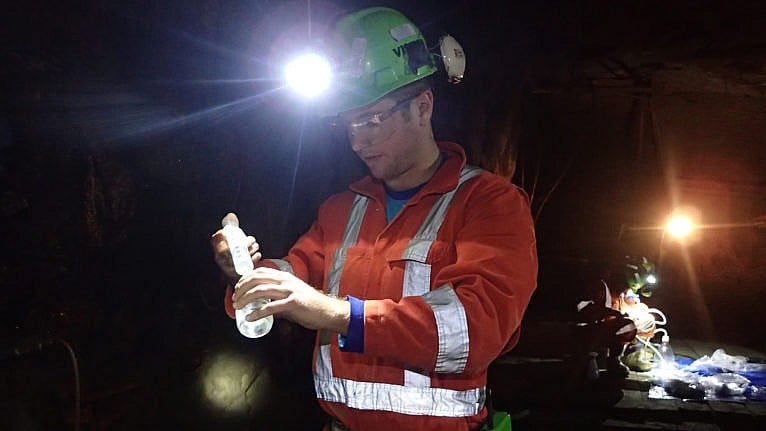 Its operations manager, Ryan Roberts, says the journey from the surface to the water source takes up to an hour. The scientists take the same trip as miners who work there: a two-storey cage elevator that can carry 140 people; a 1.5-km battery-powered train ride; another double-decker cage; and then a corkscrew-shaped ramp—at 24 km, one of the longest in the world—to a depth of 2,377 m. That’s where Sherwood Lollar says Glencore set aside space for another superlative feature: “One of the deepest and longest scientific observatories for fluids and deep microbiology in the world.”

Down there, the walls are warm to the touch. The water temperature is at least 25° C, and ore extraction remains job No. 1. “A big part of what we do is try not to get in their way,” she says.

Roberts notes the mine, which dates to 1963, isn’t a “science project.” Miners only dig as deeply as their business case warrants. But he marvels at the achievement that facilitated Sherwood Lollar’s work. Reaching that depth, he says, is “not a natural phenomenon. It’s people that have gotten us there.”

RELATED: How to destroy a lake without causing an uproar

The Precambrian Canadian Shield that stores vast mineral deposits is 2.7 billion years old, and once formed an ocean floor. What was once horizontal is now vertical, and the rock walls on the ride down the ramp offer a tour of an ancient seabed, preserved for thousands of millennia. The Earth’s surface is in constant flux, and its oldest existing ocean floor dates back only a few hundred million years. The undisturbed Shield is now Earth’s closest analogue to the subsurface of Mars, which never succumbed to the churning forces of plate tectonics. If water can breed life far beneath Timmins, there’s a chance the same is true on the Red Planet. No one will know for sure until they take a closer look.

“If there are any biomarkers, indicators of past life, they’ve gotta be in the subsurface,” muses Sherwood Lollar, adding: “We no longer think of life on Earth as this smear of biology on the surface. Life may be something that deeply permeates our planet.”

Maybe others, too. The ground’s the limit.

This article appears in print in the May 2021 issue of Maclean’s magazine with the headline, “Putting time in a bottle.” Subscribe to the monthly print magazine here.