Scientists at universities in Western Canada have a wealth of information on climate change. Is the world ready for it? 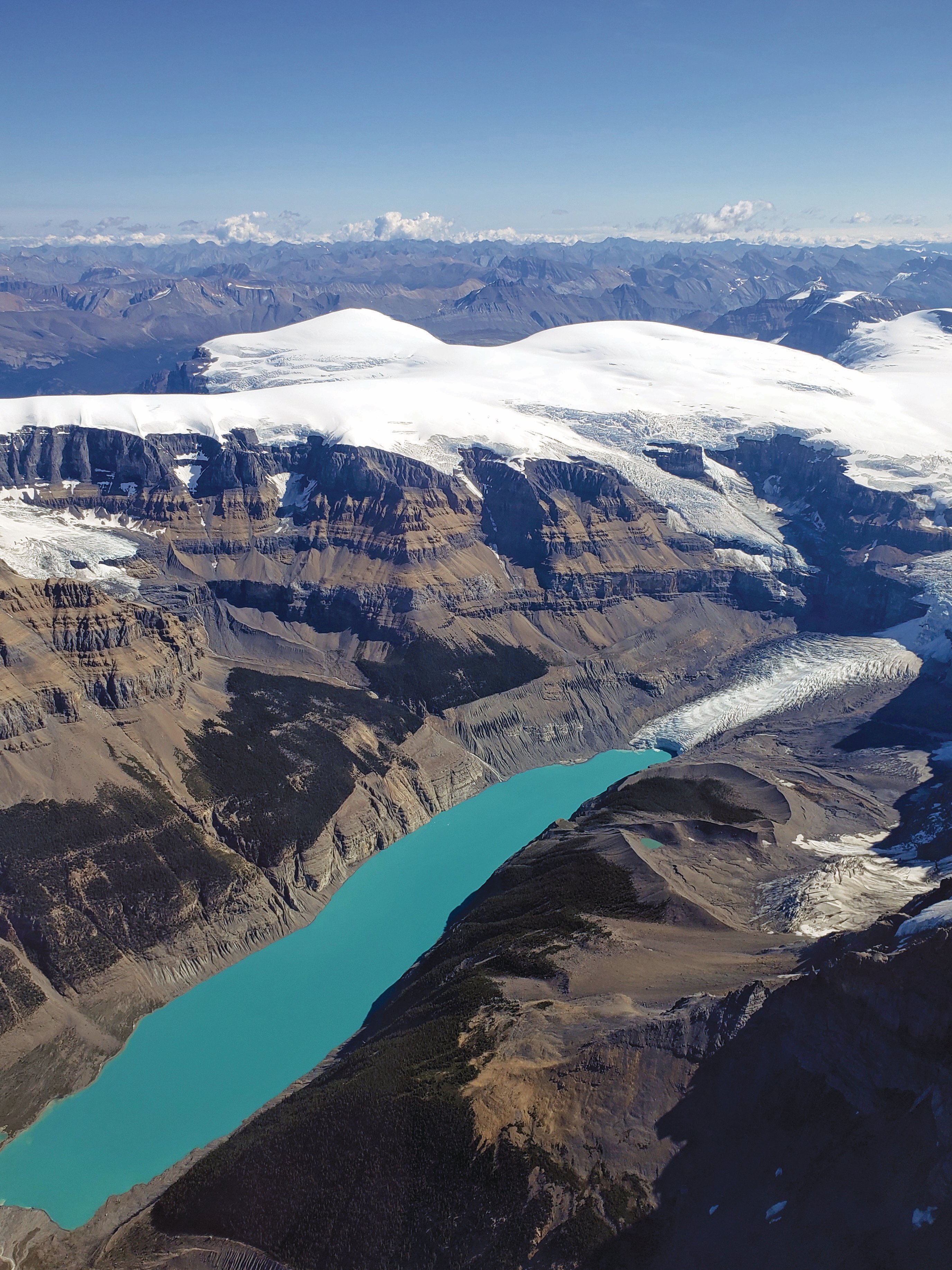 This year, the University of Alberta’s Canadian Ice Core Lab began a five-year study of contaminants and melting ice in the Columbia Icefield (Courtesy of Steve Beffort/Hakai)

Climate change may not seem to have anything to do with COVID-19, but for university climate change researchers, the connection is obvious. “A pandemic truly touches everyone on the planet, and climate change is the same,” says Alison Criscitiello, director of the University of Alberta’s Canadian Ice Core Lab, one of several university-based institutions studying the ice formations in Western Canada. The struggle for institutions and governments to adapt to COVID is like a trial run for the much bigger disruptions that climate change researchers are helping to forecast. “COVID was a matter of weeks, whereas climate change is sort of a slow, progressive problem that is only going to get more severe,” says Brian Menounos, professor of earth sciences at the University of Northern British Columbia (UNBC).

One way to get us ready is to provide us with as much information as possible, and universities may be better equipped than any other type of organization to provide it. That’s partly because they are free to devote a lot of time and money to gathering facts other groups might find unpleasant: Menounos says an advantage for university scientists is that they are able to “not worry about the political ramifications if they publish a paper that is suggesting, for example, that we must reduce greenhouse gas emissions.” But it’s also because climate change and universities have something in common: they’re both global and local. Climate change affects the whole world, but it affects different areas in different ways. For universities in Western Canada, studying climate change means understanding the big picture, but also the local and surrounding communities.

READ: Those who suffer most from climate change did the least to cause it

For example, according to Criscitiello, one of the most important projects the Ice Core Lab started this year is a five-year mission to look at the Columbia Icefield in Alberta. The lab will examine the rapid melting of the ice and what Criscitiello calls “the inventory of environmental contaminants that are sitting up there,” contaminants that will leak out into bodies of water such as the North Saskatchewan River. Criscitiello says the study is important not only for what it can tell us about climate records, but also about the impact on places that depend on that particular source for water: the Columbia Icefield is “the headwaters of three huge, major rivers, and the water source for Edmonton and many other communities and cities.”

Menounos, whose university is looking into “how much snow is contained in the mountain watersheds of Western Canada” and the impact of wildfires—another front-and-centre phenomenon in 2020—on glacier melting, is also aware of the local nature of his job. A rewarding part of the work, he says, is “to talk to people who live in communities about climate change and how their mountains are changing.” In August, Nature Climate Change published the results of two new studies on the melting glaciers of Alberta: a University of Calgary study that mentioned the potential for flooding, and a study from the University of British Columbia that called attention to the fact that glacier melting could also cause water shortages in specific Alberta communities. (Climate change creates too much water and not enough at the same time.)

These observations aren’t cheap to make, and partnerships with other universities and institutions can help. For the past two years, Menounos has been one of the leaders of the Cryosphere Node, a collaboration between UNBC, Vancouver Island University, the province of British Columbia and the Hakai Institute, a B.C.-based research institution. Collaboration allows scientists to observe the changes on B.C.’s central coast with more elaborate tools than any one organization has access to. Menounos is especially excited because they now have “a dedicated aircraft with a series of sensors on board that we use to measure and quantify changes in snow and ice through time.” The plane goes by the name of the Airborne Coastal Observatory, and it will spend the next several years capturing pictures of the area. But even with this new technology, scientists must know the local terrain. Bill Floyd, an adjunct professor in geography at Vancouver Island University and a co-leader of the Cryosphere Node, says researchers still need to go out and manually measure important things such as the amount of water stored in the snow: “Thank goodness, because being in the field is the reason I got into this career.” 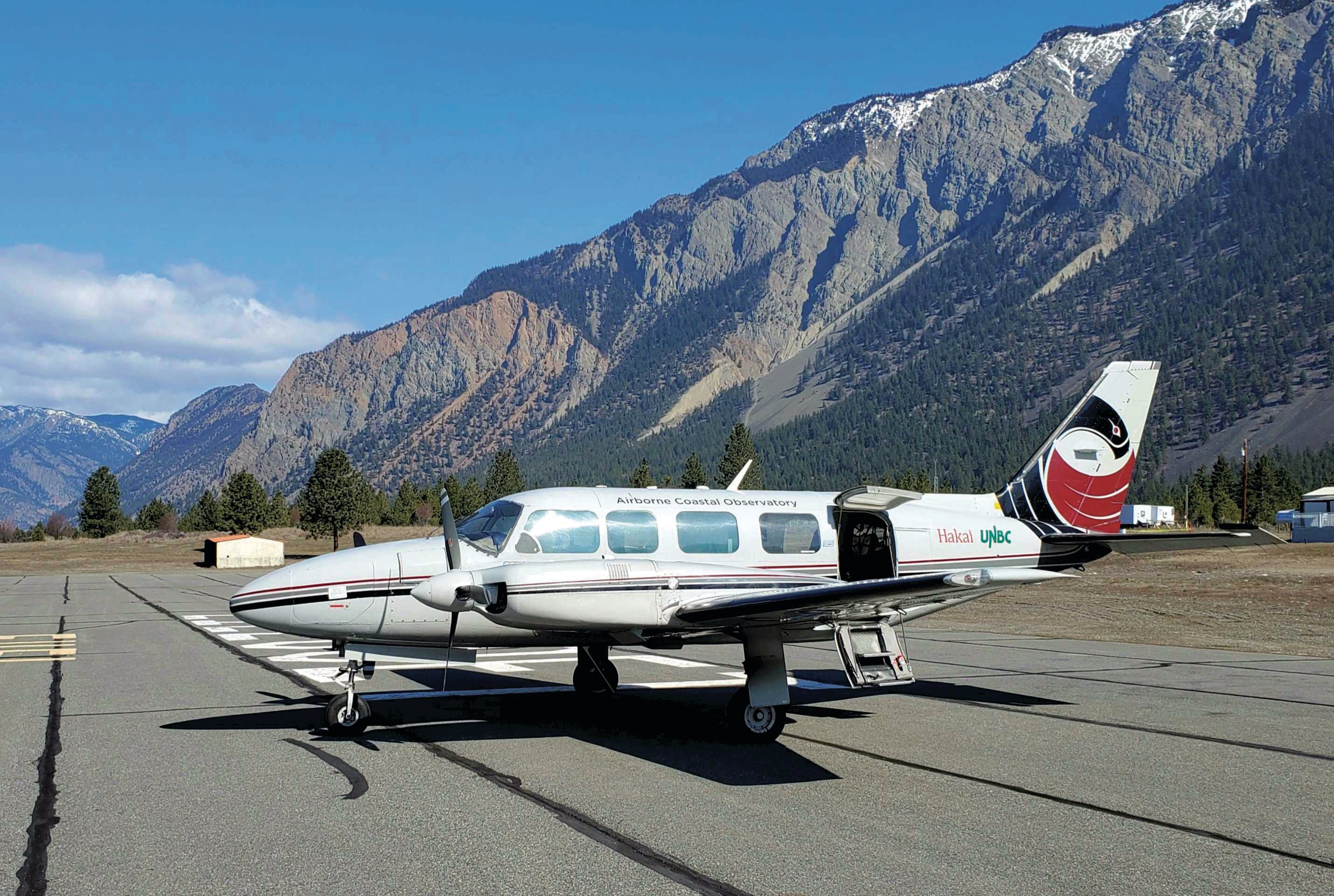 Scientists use the sensors on this plane to measure changes in snow and ice on B.C.’s central coast (Courtesy of Steve Beffort/Hakai)

Recently, governments and private businesses have become more interested in the work of climate change researchers and are more willing to partner with them. Sasha Wilson, an associate professor in the University of Alberta’s department of earth and atmospheric sciences, is part of a group that is working on carbon dioxide removal (CDR), the process of extracting carbon dioxide from the atmosphere and repurposing it as minerals. In the past few years, she says, “there has been increasing demand from governments and industry to scale up CDR technologies to pull several billion tonnes of CO₂ out of the atmosphere each year.” This means, she says, that university researchers in this field are now “collaborating more closely with industry and governments than ever before.” Instead of ignoring the warnings of universities, other organizations may be increasingly looking to them for answers.

One thing universities do have to worry about, of course, is how to get work done during a pandemic. Climate change research has been heavily affected by COVID-19, thanks to the closure of borders. Criscitiello explains that a lot of the work she does, especially in the Arctic and Antarctic, “is internationally collaborative. There’s no way to do these things out of one country.” COVID-19 disrupted what was supposed to be one of her biggest projects of 2020, an ice-coring expedition to drill on Mount Logan, Canada’s highest peak, for the first time in almost 20 years. The funding and the team were finally in place, she says, “but it’s an international team and it wasn’t possible, with COVID, to travel, so it’s been pushed off a year.” May 2021 is now the target date to start it up again.

Still, as the work goes on, Criscitiello hopes there will be one silver lining from the pandemic: more people may start to take scientists seriously when they warn that something bad is coming. Climate change, she says, “has just been intangible enough that less action has happened,” but now “people are seeing the connection between a health pandemic and climate change because in some ways they’re very, very similar.” Advice about climate change resembles medical advice, Menounos adds: “Your doctor’s telling you to change your lifestyle, but you’re not quite ready to do that.” Are we ready now?

This article appears in print in the 2021 University Rankings issue of Maclean’s magazine with the headline, “Listening to the mountains.”