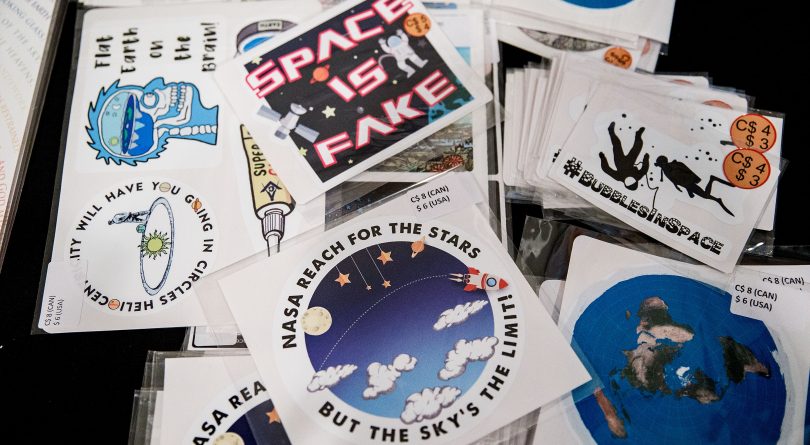 There is a flat-Earth revolution and its epicenter is in Edmonton. At least, that’s what Robbie Davidson, the proselytizer behind the Flat Earth International Canada conference, has staked his future on. Davidson is the reason 250 self-styled truth seekers paid $199 each for a seat in this conference room at West Edmonton Mall’s Fantasyland Hotel. “The one commonality we have is that we’re not moving and we’re definitely not on a ball. That’s what unites us,” Davidson proclaims from the stage on the morning of Day 2.

The Fantasyland joke is an easy one for the media. Conference attendees are in on the irony, too, albeit a slightly different one, where the fools outside this room become the punchline. “We’re taught a lie from when we are little and spinning the globe at grandma’s house,” says Rick Hummer, a marketer and flat-Earther from Indiana who has been flown north to MC the event. “Welcome to Fantasyland. We’re here to break you out!”

READ MORE: As a scientist, flat earthers ought to be my enemy. Here’s why I listen, instead.

Davidson is amplifying that message, in a world that mostly doesn’t want to hear it. “This is the last thing I want to be doing interviews for,” he tells Maclean’s during a break between speakers. “There is a lot of ridicule.” Though Davidson is easy to ridicule, he is hard to ignore. He is the tallest man in the room, wiry, with slicked-back red hair and a goatee. A “five-minute” interview becomes 20 minutes as he talks freely about becoming a flat-Earther after a deep reading of the Bible in 2015. Davidson admits he’s a natural salesman. He quit his job in advertising sales at a Christian radio station to take his flat-Earth side hustle full time in 2017. “I loved radio, but I was called to do this,” Davidson says. “This was an opportunity to make a mark and to get the world really wondering, ‘What is going on?’ ” 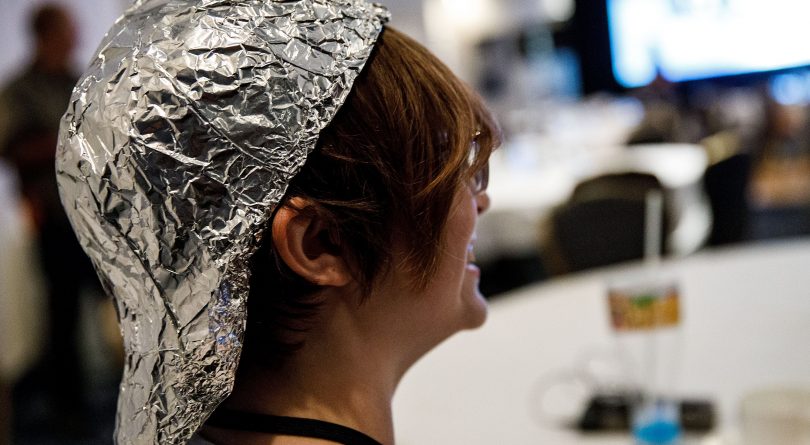 Davidson, who is married with two young kids, wanted to use his own company, Kryptoz Media, to sell flat Earth, promising his wife he would return to his job after three years if the new venture didn’t work out. Just over one year in, he has organized this conference and another in Raleigh, N.C., that drew 500 people. The next conference, in Denver, happens in November. In 2019, he’s planning a flat-Earth cruise. In all, it suggests a healthy market for debating the finer points of arguments that Pythagoras, Aristotle, Galileo, Copernicus, Newton, Einstein, et al, have settled for hundreds, and thousands, of years.

Though Davidson says this is a secular conference, there are few scientists in attendance. One of the speakers, Bob Knodel, is an electrical engineer and long-time conspiracy theorist. The majority of the people here are creationist Christians who interpret the Bible literally. (When asked if there are any atheists in attendance, two people put up their hands.) Speaker Rob Skiba debunks what he calls “the heliocentric globular Earth spinning through space” model by discussing “firmament,” a word that appears in the Bible to describe a dome-like structure God created above land. He also points to Bible passages describing Earth as a flat circle, not a ball, and as having “four corners.”

Why antediluvian theories should draw any audience in 2018—much less hundreds in a university city like Edmonton—is a confounding question. But they’re in keeping with the tenor of the times, in which the U.S. president has been known to traffic in conspiracy theories and denialism through social media. Here, as at the White House, hostility toward educated elites and the mainstream media is accepted and encouraged. Both Davidson and Hummer rally the crowd with cries of “fake news” to kick off the morning, and conspiracies skyrocket from there. The moon landing was a hoax. NASA fakes images of Earth using CGI technology. Hubble telescope images are fakes. Scientists overstate the amount of DNA we share with monkeys. The Apollo I fire was actually murder. Copernicus had ties to the occult. Newton was “bonked on the head with an apple” in 1666, with an emphasis on that diabolic 666. 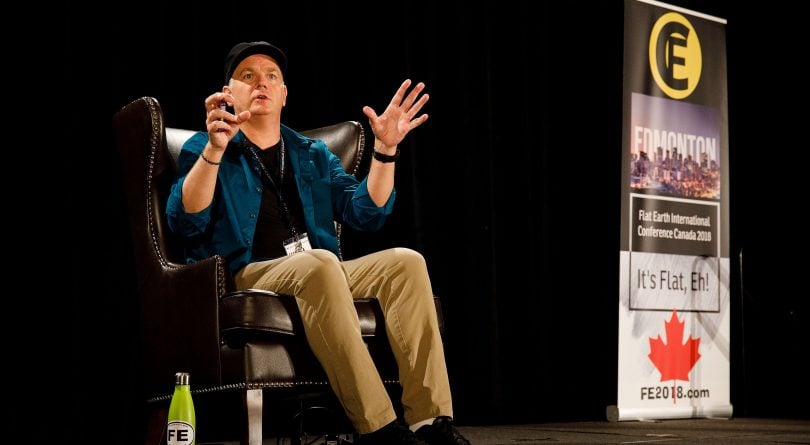 During breaks, attendees discuss their own research, which mainly consists of watching YouTube videos, streaming radio from other flat-Earthers, reading conspiracy websites and the Bible. Davidson has harnessed this propensity for online “research” and mainstream media distrust to unite Christians and conspiracy theorists from the far reaches of the internet. Davidson’s YouTube channel, Celebrate Truth, has more than 100,000 subscribers. That reach expands when he collaborates with Emmanuel Lokonga, another Edmontonian who is an HVAC technician by day and the voice behind Thecontroversy7 YouTube channel. An early adopter, Lokonga started his channel in 2009. Now he has more than 150,000 subscribers who tune in for his steady stream of End Times prophecy, thoughts on demonic possession (see Beyoncé, homosexuals and yoga as chief offenders) and flat Earth.

Despite the evidence presented today, believers still have questions. Guy McKinnon, a born-again Christian who drove up from Red Deer, Alta., with his wife to be here has one for the panel of experts. “How do you explain meteor showers?” he asks. Rob Skiba has an answer, kind of. “I don’t know. I don’t know if anyone else here does. I’ve seen them,” Skiba says. “We see throughout scripture, that the word for star and the word for angel is interchangeable. The only conclusion I can come to, biblically speaking, is that stars are sentient beings.” The prospect of leaving Fantasyland to gaze up at a sky full of twinkling angels is so poetic that it’s almost a shame not to believe.

Clarification: The original version of this story suggested Robbie Davidson started his media company after quitting his job at a radio station; in fact, he launched Kryptoz Media before leaving his job in radio