If ideas are the juice that powers our economy, wait till you try the mind milk that created these hot technology trends for 2015 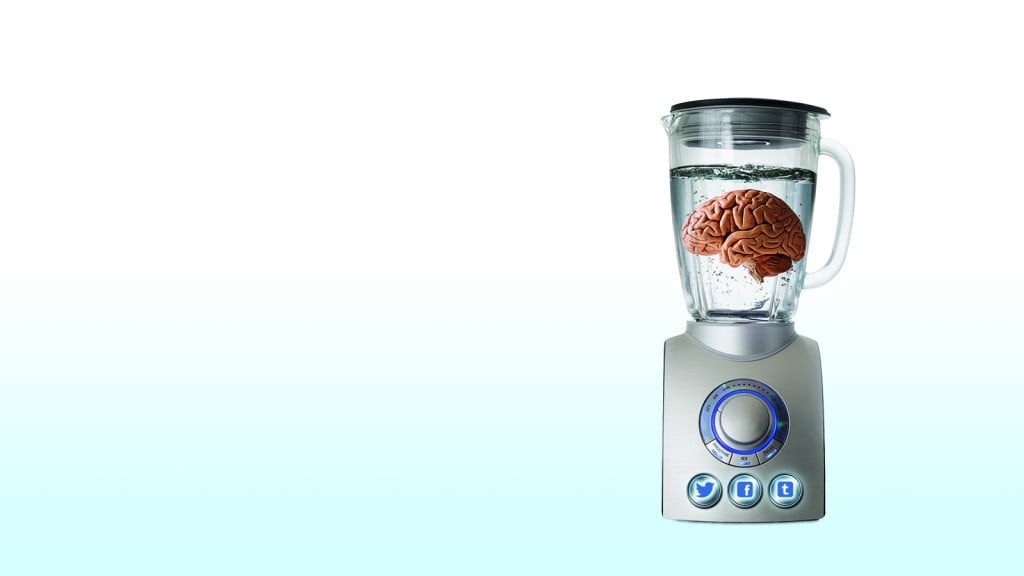 The deep thinkers at the Consumer Electronics Association have released a report forecasting the hot technology trends for 2015. But before we take a look, let’s reflect on the words of the CEA president, who writes: “Ideas are the juice that powers our economy.”

This raises some questions: What is the process by which ideas are liquefied? How many brainstorms does it take to make a cup of idea juice? Is it like oranges? Do you need, like, 30 of them?? Because, come on, that’s more trouble than any economy is worth.

Most important of all, let’s hope the existence of magical brain nectar doesn’t catch on with politicians. Otherwise, the 2015 federal campaign will be nothing but a parade of leaders proclaiming: Our party will invest in innovation so we can lead the world in mind milk and thought smoothies!

The market for 3D printers will grow. Count me among those who are aware of the existence of the 3D printer—but don’t really get it. So you can “print” a pistol, or a sandwich, or maybe one day a new pancreas? That’s pretty amazing/terrifying. But there’s got to be a catch, right? I mean, I just spent $80 to replace the ink in my regular printer. I can’t imagine what I’m going to have to fork out for enough hair to print a full set of Kardashians.

The Internet of Things will take root in homes. According to the CEA, “The Internet of Things is arguably the hottest topic in technology, even if universal consensus has not been reached in defining exactly what ‘it’ is.” Got that, everyone? It’s time to get super-psyched about a nebulous concept of undetermined utility! WHO’S VAGUELY WITH ME TO SOME EXTENT??

Put simply, the so-called “I of T” envisions a world in which it is possible to connect anything and everything to the Internet. Bottom line: This is terrific news for people who have always yearned to update Facebook using a waffle maker. Moreover, wireless access to the computing capacity of the cloud will empower even the most mundane objects. Soon we will live in a world in which a simple toaster will have the ability to watch YouTube videos instead of doing its job.

According to appliance makers, the impetus behind this technology is “efficiency and productivity.” That sounds better than saying the impetus is “charging $3,500 for a fridge.” If nothing else, this trend will ensure that no one ever again answers a phone call from his or her parents. I spent three hours over there last year figuring out why the printer wasn’t working. I am NOT hooking up their can opener to the WiFi.

The market for wearable technology will explode. The forthcoming Apple Watch is just one of many wearable devices designed to track our physical activity and health. Ladies and gentlemen, we are, at most, six months away from 85 per cent of cocktail-party chitchat being about pulse rates and sleep cycles.

It’s an exciting time. Not long ago, I bought one of those wrist-worn fitness trackers and can tell you from first-hand experience: It totally changed my life. For instance, before wearing the tracker, I had no idea I could feel so lousy about myself for so many reasons. I hadn’t even considered the possibility I was terrible at walking. “Try to increase your step count,” it kept telling me. Sure, it got a little annoying—but that’s all in the past now. These days, the tracker would be more likely to say, “Hey, why is it so dark in this drawer where I’ve been for the past three months?”

Privacy will be further reduced as Big Data advances. We are swiftly moving toward a time when computer power and Internet bandwidth allow for real-time analysis of video and images. Even now, Google is teaching an algorithm to recognize human faces within live video feeds. According to reports, early results “are promising, as the algorithm has achieved a 17 percent success rate in identifying human faces—while also distinguishing them from the faces of cats.”

So, to sum up: The most advanced technology company in the world now possesses an artiﬁcial intelligence capable of occasionally telling the difference between a human and a kitten. Hmm, perhaps the dawn of the robot uprising will come a little later than we originally figured.