Should you sell things you get for free?

Give-away websites allow participants to exercise generosity and build community, but some recipients are turning them into a way to make money 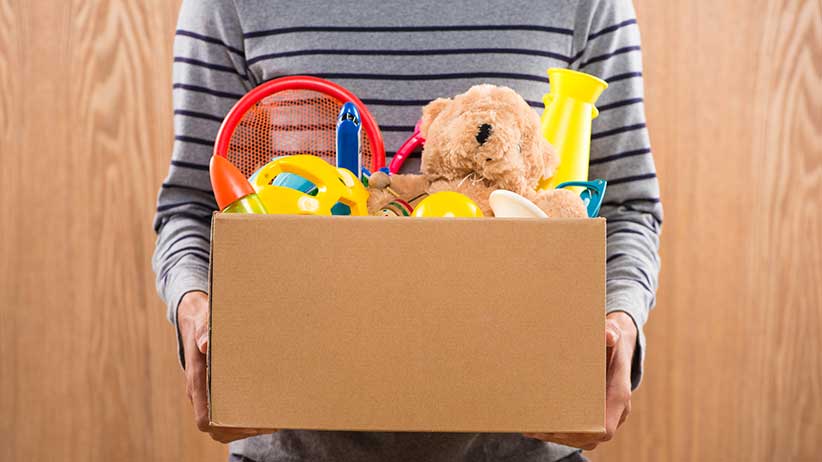 Online community groups like Freecycle and Buy-Nothing have tapped into a growing sharing economy ethos centred on values like environmental awareness, generosity, and community solidarity. No longer limited to sharing with known neighbours, online give-away sites allow people to offer new or gently used things for free to a larger community of potential recipients. Have a crate of old disco records you no longer want? Leave a post on your local Freecycle or Buy Nothing Facebook page. If someone is interested, set up a time and place to meet and hand over the goods. It’s good for the environment and good for disco fans on tight budgets.

But where many see online give-away sites as ways to reduce waste, help the less fortunate and build community goodwill, others see a market opportunity. Increasingly, donors are seeing the things they give away being sold elsewhere by some recipients. Are re-sellers unfairly exploiting donors’ generosity and upsetting the values of give-away communities? Or are donors simply suckers for giving away things they could have sold for a few dollars?

One way to think about the ethics of re-selling free stuff is to consider whether the goals and values of donors are somehow diminished or degraded when recipients try to sell what they receive. Donors have different and often mixed motives, but three are especially prominent and deserve consideration.

Reducing waste and being environmentally friendly inspires many donors. Better that unwanted stuff ends up in someone else’s hands than as landfill. In this case, the act of re-selling goods acquired from donors does not appear to undermine the environmental values of donors. In fact, if a recipient succeeds in selling something, the downstream buyer may be even less likely to discard it at a future point than if they had acquired it for free.

A second prominent donor motive is to help people considered less fortunate. Posting goods on give-away sites might help people with few resources acquire things they need or want for less than they would pay at a store. Whether re-selling undermines this aim depends on the motives and circumstances of the individual who receives and sells the goods. If the recipient-seller herself has few resources—and re-sells to make money to pay for other necessities—then donors have succeeded in helping the less fortunate. But where the recipient-seller is not cash-strapped, and simply exploits the generosity of donors to make money, donors appear to have a legitimate complaint.

Yet, in trying to address the problem, some donors generate new ethical problems. Although most give-away sites follow a principle of first-come-first-served, donors are free to skip first requests and many now try to distinguish between sincere recipients and free-loaders. This puts donors on dicey moral ground. In the absence of full information about potential recipients’ circumstances, attempts to identify deserving and undeserving recipients will often rely on objectionable biases about what a “poor” person looks like. Skipping a request from a seemingly well-off potential recipient in favour of a request from a seemingly less fortunate recipient reinforces biases about what poverty looks like. It can also hamper the efforts of people acting as intermediaries to help others who are poor and who are not online to make the requests directly.

Finally, many donors on give-away sites want to build a sense of community and solidarity. They want to live in the kinds of communities where neighbours share and help each other, and they see online sharing as a way to build that ethos. The activities of recipient-sellers can undermine this aim. But, again, donors need to be careful about what they do in response. A sense of community might be undermined as much by scrutinizing participants, as by tolerating a few free-loaders while simply trusting all potential recipients. A community built on suspicion and surveillance is not a community in any meaningful sense.

In his book, What Money Can’t Buy: The Moral Limits of Markets, the philosopher Michael Sandel examines the ways that market logic can crowd out moral values. He writes that “the question of markets is really a question about how we want to live together. Do we want a society where everything is up for sale? Or are there certain moral and civic goods that markets do not honor and money cannot buy?” Members of give-away sites want to encourage non-market values—such as respect for the environment, generosity, and community. Recipient-sellers sometimes act in ways that undermine those values. But while we might want spaces for sharing that are insulated from market logic, we need to be careful that efforts to insulate do not themselves undermine important community values like inclusion and trust.

Dan Munro is a Visiting Scholar and Director of Policy Projects in the Innovation Policy Lab at the Munk School for Global Affairs at the University of Toronto. Listen to The Ethics Lab on Ottawa Today with Mark Sutcliffe, Thursdays at 11 EST. Follow him on Twitter at @dk_munro

MORE FROM THE ETHICS LAB: