Steven Galloway wins $167,000 decision against UBC over harm to his reputation

'It was a painful, wrenching shock': The award-winning author speaks about being shunned by colleagues and fired by the university even though accusations of sexual assault against him were not substantiated 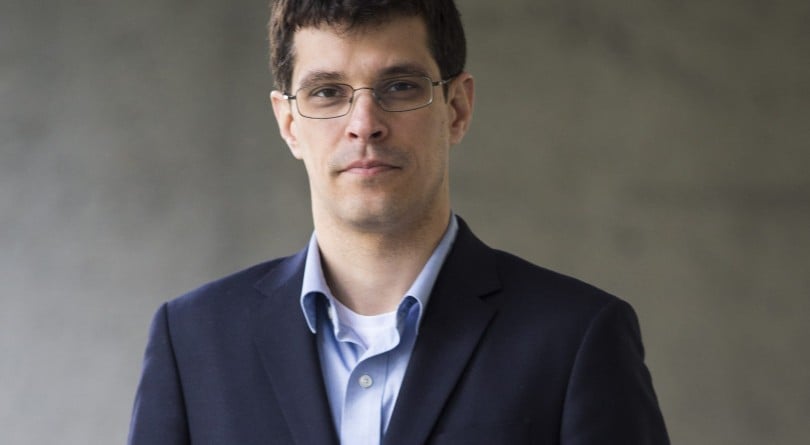 Bestselling author Steven Galloway has won arbitration damages from the University of B.C. over statements that violated his privacy and harmed his reputation—the latest development in the writer’s two-and-a-half-year battle to clear his name on accusations of sexual assault and harassment.

Galloway was fired as chair of the university’s creative writing program after the allegations—and the intensely negative public backlash that followed, mostly on social media.

In a judgment released on Friday, arbitrator John Hall awarded the writer $167,000, which at least one expert describes as a significantly high amount. Hall found that “certain communications by the university contravened Mr. Galloway’s privacy rights and caused harm to his reputation,” according to a statement released by the faculty association, which is the bargaining agent for faculty.

MORE: ‘He should accordingly be compensated’: Read the full text of the arbitrator’s decision here

It is the second victory Galloway has won in a long campaign to restore his reputation. Former Supreme Court justice Mary Ellen Boyd conducted a months-long investigation in 2016 that dismissed the assault complaint, as well as other minor complaints. Boyd did, however, determine that Galloway had engaged in an inappropriate relationship with a middle-aged student.

After she submitted her report, UBC fired Galloway anyway. The faculty association then filed two separate grievances, one claiming UBC had breached his privacy rights and caused damage to his reputation, the other demanding that he be reinstated and compensated for lost income. The association withdrew the second grievance part-way through the arbitration process.

The 42-year-old married father of four says he hopes the decision brings some closure to the long months he has endured without a job and going deep into debt. At one point, he says, he came close to suicide. The award states that he is not allowed to discuss details of the arbitration.

“You come out of it having received a judgement that you didn’t do these things, and that is still not good enough,” he says, referring to the Boyd decision. “You think, well then there is nothing that will ever be good enough. There is no possibility of innocence. To realize that, after having put so much faith in a system to arrive at the truth, and for the truth to matter to anyone, yeah, it’s a hard feeling to describe, but hopelessness is the only word I can think of.

“That, combined with just how painful it was to have the majority of my former colleagues at work go from being quasi-family members to people who absolutely loathed me, without ever speaking to them about it. It was a painful, wrenching shock, and something I never thought could happen. At the very least, I thought I would be given an opportunity to, I don’t know what, tell my side—even if they wanted to take a neutral position. I don’t know what I expected, but I expected people who’d known me for 20 years not to immediately go to the worst possible conclusions.”

Galloway had been an undergraduate and graduate student in fine arts at UBC before becoming a sessional lecturer, and in 2013, a tenured professor and acting chair of the creative writing program. He became chair in July 2015. In the fall of 2015, a former student with whom Galloway had had a two-year extra-marital relationship accused him of sexual assault and harassment between 2010 and 2011. Galloway and the student were close in age, and both married. Soon after she made the complaint to faculty, Galloway was suspended with pay. A faculty member had a student canvass other students to come forward about any inappropriate behaviour by Galloway, which prompted several complaints to also be filed. The complaints mostly cited unprofessional behaviour, such as drinking with students, making inappropriately sexualized remarks while at the pub or making juvenile remarks on social media.

After her investigation, Justice Boyd dismissed those ancillary complaints in her report, and concluded there was no evidence of sexual assault. (Boyd’s final report did not address the issue of whether Galloway had engaged in harassment of the main complainant; however one section of the report was redacted.) But in June 2016, after Galloway was fired, the vice-president of external relations Philip Steenkamp released a statement saying Galloway would not be coming back to his position, and he said that there’d been “a record of misconduct that resulted in an irreparable breach of trust” toward faculty members, university, students and the public.

“Although it goes nowhere near actual compensation for the losses he suffered, in terms of breach of privacy awards, it is substantial,” he said. “There are very few privacy cases that have generated that sort of award in Canada. The fact that it’s arbitration and not a public forum makes it hard to comment beyond that. But it should be treated as a vindication of his reputation.”

Before the negative headlines, Galloway was famous for his internationally best selling novel, The Cellist of Sarajevo. He won accolades, including being long listed for the 2008 Scotiabank Giller Prize. His last book was The Confabulist, about the death of Harry Houdini, was published in 2014. However, his future as a writer is clouded because of the public attention drawn to the sexual assault allegations.

RELATED: My name is Joseph Boyden

“I’m not sure there have been any similar cases in Canada where a high-profile person has been so thoroughly trashed in the media without apparent reason,” says Baynham. “I certainly have sympathy for the situation he found himself in. It’s almost a no-win situation for him, no matter what he did. Though the award is significant, Baynham adds, it “in no way adequately compensates him for the damage suffered to his career as a teacher, and his reputation as a writer.”

In a brief statement, UBC said it “accepts the decision of the arbitrator appointed to look into two grievances” and confirms the arbitrator found “certain communications by UBC contravened Steven Galloway’s privacy rights and caused harm to his reputation and UBC must pay Steven Galloway $167,000 in damages.”

Reached late Friday, the lawyer for the main complainant said the ruling was not an exoneration of Galloway and related only “to UBC’s process in handling and publicly revealing the allegations.” Joanna Birenbaum added that her client was not surprised the faculty association had withdrawn the second part of the grievance “rather than risk a finding by the arbitrator upholding Mr. Galloway’s termination, in a factually detailed and publicly available decision.” The complainant “is pleased that Mr. Galloway will not be returning to his position of trust in his teaching post at UBC,” Birenbaum said.

The case proved hugely volatile on social media, with several of the complainants, mostly former students, insisting that Galloway was guilty. But writer Margaret Atwood, who does not personally know Galloway, signed a letter, along with dozens of other established writers including Madeleine Thien and Michael Ondaatje, demanding that UBC launch an independent investigation. It accused the university of acting irresponsibly, making unsubstantiated allegations and misrepresenting findings of the Boyd report. The writers cited a memo released before Galloway knew the specifics of the complaint against him. It was posted by UBC’s dean of arts; in it, he said that the university was investigating “serious allegations” against Galloway, and encouraging students who had concerns about their “safety and well-being” to go to the school’s counselling services for support.

Atwood herself became the target of severe social media backlash, as did other writers who had signed the letter. Feeling the pressure, several took their names off, but Atwood held firm out of principle.

“It’s the process,” she said in an interview last year. “It’s about how we got here, how [UBC] manufactured the narrative ahead of time, when he was not in a position to say anything about it—that’s what concerns me. And it is of our age.”