A kettle-less kettle and other Dyson Award shortlisted innovations

The Spokefuge, one of the 20 shortlisted products for the James Dyson Award.

From cardboard bike bags to a kettle-less kettle, this year’s Dyson Award shortlist—20 innovative products imagined by university-level students or recent graduates vying for a US$46,000 prize—is proof that true innovators find solutions to everyday problems. Here’s a look at some of the coolest and most innovative ideas to come out of this year’s 20-product short list—whittled down from more than 600 from 18 countries—which includes two teams from Canada, both from the University of Waterloo. 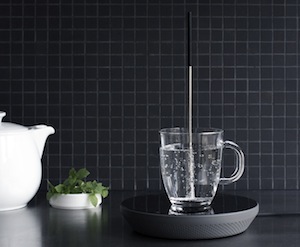 The minimum fill line for kettles is usually 500 ml—and a typical volume of a mug is around half that. That means there’s a ton of wasted energy, says Chudy, who designed this energy-efficient and stylish rod-and-base product that allows consumers to boil water in any non-metal vessel they already own. As if it wasn’t sleek enough, it doesn’t even have an on-off button: the Miito is able to activate the electric current that heats the rod on its own. 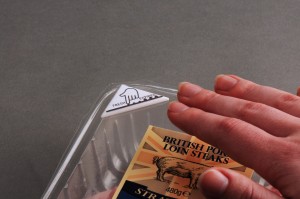 Anyone who has lived in university knows that expiry dates, printed firmly atop milk cartons and on our food packaging, isn’t an ideal way of really knowing whether one’s food has gone bad. Pakstaite set out to make sure we weren’t disposing of food improperly and found that gelatine has the same expiration qualities as many foods. When the gel degrades into a liquid—producing bubbles—you’ll be able to tell on a quick touch whether that food is still good to go. 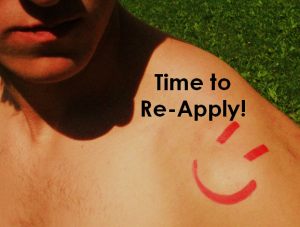 The particularly pale should take particular note at this submission from a consortium of five current University of Waterloo students, which is a marker that will inform people out enjoying a summer tan exactly when their sunscreen’s effectiveness has worn out and needs to be re-applied. Added bonus: the marker line you draw on yourself will leave no tan line, and the ability to draw whatever you want on yourself with easy washability means kids will relish more sunblock, instead of slipping and squeezing away. 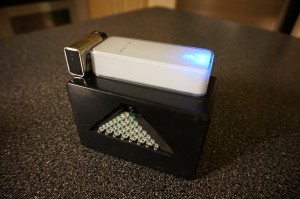 Canada’s second shortlisted candidate specifically targets Third World countries where eye health is a major issue, but long lines and delays in the lens-prescription process—when many cannot afford to skip a day of work—make it a pressing need that goes overlooked. Eyecheck is a two-part system that includes a smartphone app that allows doctors to easily diagnose urgency from those in a queue using the phone’s camera, while a separate standalone camera takes a set of images of patients’ eyes and provides a prescription in half the time of a traditional exam. 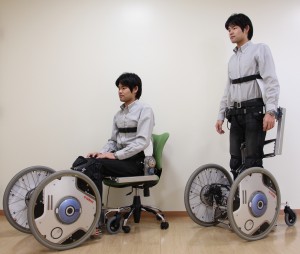 No, this isn’t another Drake-popularized acronym the kids are saying these days: Qolo is an impressive wheel-and-lift device that allows people with lower-body disabilities to regain the ability to move in ways they no longer can. Certainly, there are wheelchairs, but QOLO allows people to stand up from a chair, move to another place and then sit down again; it will allow people to move about while cooking, or find a book from a shelf. These sound like minor feats, but this could be a game-changer. 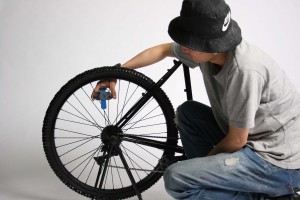 For blood samples to remain fresh, it needs to be constantly spun so that it does not separate. Here, that requires a high-tech centrifuge; that’s tougher to do in Africa, where blood anemia is a problem. Rather than expecting First World donations of electric centrifuges, however, Trew developed a low-tech device born from Africa’s culture, where bikes are the main form of transportation, to allow for a rudimentary mimicking of the centrifuge over the course of transport: When someone is riding a bike, they can also keep blood unseparated for around 10 minutes. Someone tell Toronto’s Ford family that there is in fact huge value in the bicycle. 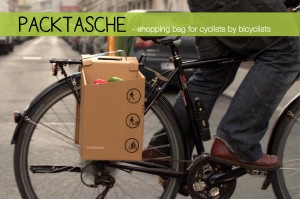 Speaking of low-tech, high-elegance solutions that involve bicycles, the Packtasche solves one of the primary downsides of biking—the inability to carry large goods with you—in one recyclable cardboard-based bike bag. It can expand to fit even the spoils of those particularly hunger-inducing grocery trips, and it’s recyclable, to boot. It may seem like something straight out of Portlandia, but it’s impossible to deny its practicality. 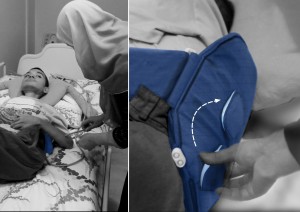 For those involved in the care of seniors, bedsores are a primary concern, and it’s important to ensure that the elderly are moved enough that the sores do not develop. There is, so far, no elegant solution—either a manual-labour-intensive process or a mechanical process that is jerky and could create injury. The Flipod offers its own suggestion—an adjustably inflated pad that can be pumped up or down according to dynamic muscle movement, which is easy on both caretaker and the cared. 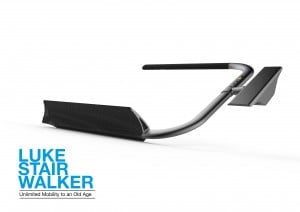 Many of these products feel like they’ve been ripped from a sci-fi world like Star Wars, but this product makes the connection abundantly clear. Not that it fits straightforwardly into a universe far, far away full of Jedis and Sith: The Luke Stairwalker is an effective and affordable aid for the elderly who struggle with stairs but may be leery of the high costs of mechanical systems. It attaches to handrails but, most crucially, also provides back support so that if the user slips backwards, the Stairwalker prevents a much more serious fall. Their pitch doesn’t say, though, whether the device would have saved Darth Maul in the first of the Star Wars prequel films.