Despite RBC nabbing a big name, it's hard to be optimistic that the stars of a hot, made-in-Canada tech field won't decamp to the U.S. anyway 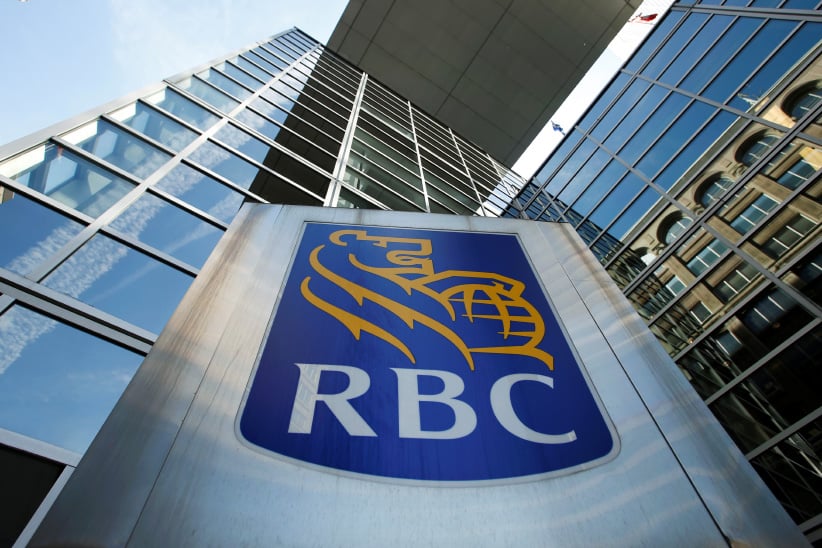 A Royal Bank of Canada (RBC) sign is seen outside of a branch in Ottawa. (Chris Wattie/Reuters)

These days, deep learning is all the rage. Tech’s biggest players, from Intel to Amazon, are betting big on the artificial intelligence technique modelled after the instincts of the human brain, with its ability to read patterns, sense rules, and make the best decision accordingly. Not long ago, Google spent more than $400 million to buy industry-leading startup DeepMind, and scored a major tech and marketing coup when the computer AlphaGo defeated grandmaster Lee Sedol at the possibility-lush game of Go—an achievement hundreds of times more complex than when Deep Blue beat Garry Kasparov at chess. Deep learning is being touted as a way forward for climate science, medicine and genomics. It’s even already embedded in the way you search for something online; when you Google image search for, say, “cat,” feline photos come up—in part as a result of the AI learning what “cat” means.

But it wasn’t always the popular kid in the block. In its early days in the 1980s, deep learning’s mostly Canadian pioneers—in particular, the trio of Geoffrey Hinton, Yoshua Bengio, and Yann LeCun, who worked largely out of an institute in Toronto—were dismissed as foolish apostates. “At the time, it didn’t solve big practical AI problems, it didn’t replace the existing technology,” said Hinton, considered the godfather of deep learning, in a 2016 interview with Maclean’s. But when computing power started to advance at an incredible rate, deep learning’s potential for AI was unlocked, turning huge piles of data into artificial intelligence that could, effectively, learn like our brain.

Canada, though, hasn’t enjoyed much benefit for being an early adopter on the forefront of this technology. American companies have mostly picked the cupboard clean: Hinton now works with Google, LeCun leads Facebook’s AI research lab, and Bengio is an adviser with IBM, whose work out of the University of Montreal has earned significant funding from Google and beyond. Even Hinton has acknowledged this is cause for concern, in a recent Globe and Mail commentary written with other leading deep-learning experts: “There is one solution that will help keep the best minds in Canada, solve the current and future talent gap for domestic businesses, lure investment from foreign data-rich companies, and ensure Canada leads future AI breakthroughs: We must build a world-leading AI Institute in Toronto.”

So it’s not insignificant that the Royal Bank of Canada’s Research in Deep Learning division—still shiny from its launch just seven months ago—has acquired the services of a big name in the field, adding Richard Sutton to its roster. Sutton wrote the book on the field of reinforcement learning, a technique which allows AI to teach itself what the best actions are using a reward-punishment system of its own, an area of deep learning that played a role in the success of DeepMind’s AlphaGo project. He will advise the group, currently based out of the University of Toronto, and also collaborate with RBC’s second AI research lab, which will be in Edmonton.

“A lot of the development in deep learning came out of Canadian universities, yet the industry wasn’t positioned well enough to capitalize on that innovation, so we’ve lost a lot of people to south of the border,” said Foteini Agrafioti, who leads RBC’s deep-learning division. “That’s something we feel, as the biggest company in the country, we have the responsibility to invest in.”

While Sutton is certainly not a household name, he is a major figure in deep learning, and a significant addition for a Canadian company nonetheless. Without a central hub for academics to branch out on their work in Canada, deep learning’s southbound pioneers served as pied pipers, bringing their students with them, creating a brain drain.

Banking, too, seems to have plenty to offer deep-learning experts—in particular, rich historical data sets from decades of business. “The backbone of machine learning is data sets, and without that you’re really handcuffed. The bank has really interesting data sets from decades of market data that can be used to solve open problems right now,” says Agrafioti. Banking also offers some tantalizing practical applications for deep-learning innovators, too; of the three possibilities listed by Agrafioti—personalized AI-driven customer service, real-time fraud prevention and risk management—it’s the last one that might appeal most to those interested in industry disruption. Deep learning’s use of patterns to predict future activity appears to have tremendous potential for stock brokers, investment bankers, and asset managers—to assist them, at least for now. (For the record, Agrafioti demurs about the potential automation of those positions, rightly noting that there is no industry consensus on whether AI can ever truly become as or more powerful than the human brain.)

It is, however, unclear if Canada’s banks—collectively the country’s largest companies—could reverse the tide of expertise migrating southward on their own. While the price tag of RBC’s investment in this lab is unclear, beyond Agrafioti’s cited cost of “tens of millions of dollars over the coming years,” Canada’s banks are unlikely to be able to match the dollar figures splashed around by companies like Tesla, which invested US$1 billion into Open AI in 2015. Canada’s Big Six banks themselves are less likely to feel the need to innovate, insulated as they are against the competitive agitation of fintech companies by their market position and regulatory bulwarks, and cognizant that Canada’s venture capitalism industry—usually the fuel for fintech—is far less fulsome than America’s. For these comfortable behemoth banks, the innovation stakes aren’t as high, a fact that Agrafioti acknowledges: “Our rate of adoption is, of course, not as fast as some tech companies.”

Still, RBC deserves credit for at least pushing to develop more homegrown research. Scotiabank, CIBC, TD Canada Trust and Bank of Montreal were not able to respond at press time to requests for details about their own research into deep learning. (Scotiabank did, however, start a “digital factory” in 2015, which professed to partner with fintech startups to develop new technologies, and gifted the University of Toronto with $1.75 million to study “disruptive technologies,” while several big-bank CEOs acknowledged that AI needed to be harnessed within the industry at a recent conference.)

But will it be enough to reverse the AI brain drain on its own? Surely not. The lure of money, vast data sets, and powerful computing in Silicon Valley remains a compelling pull for those at the peak of their profession. But if Canadian companies can learn anything from deep learning, it’s to take lessons from the many patterns of the past—struggles to innovate, and an inability to keep our best talent here—and project the right way forward in the future. And where better to start, than with the large data sets at the fingertips of our almighty banks?