Ghosts of cyberspace: What happens to your digital life when you die

Your digital footprint is larger than you think. And failing to have a plan for it could result in legal fees, headaches and heartaches for your survivors when you die. 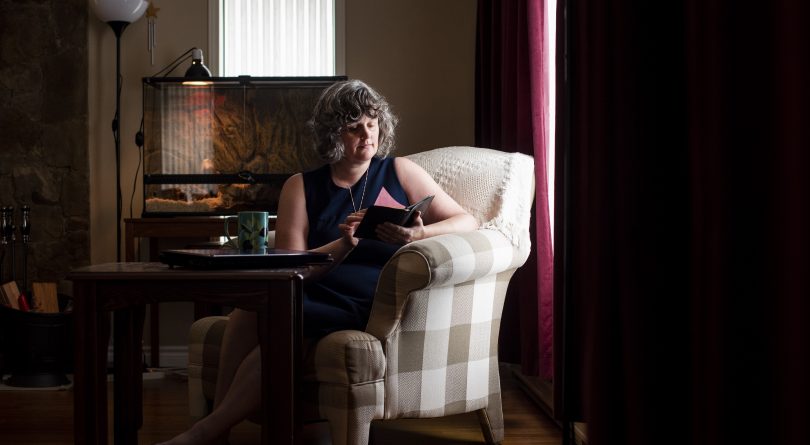 Angela Crocker’s focus when her mother was diagnosed with cancer was to make their remaining few months together enjoyable. Yvonne Roberge spent her last days in 2014 surrounded by the people and doing the activities she loved the most. After her mother died, Crocker, a digital content strategist and author in Vancouver, assumed the role of executor of Roberge’s estate. “I was going through her apartment and her possessions and realized that I didn’t have the password to her laptop,” says Crocker. Her mother, a retired public school teacher, didn’t have much of a digital life. The computer contained mostly photographs and perhaps some personal journals. But Crocker, who wanted to keep a record of family history, was keen for access to it.

Five years later, she remains locked out. She tried common passwords, logging in as a separate user. While the laptop is a material item that might be considered traditional property in an estate, its contents are less tangible and considered “digital assets,” whose contents can be every bit as important—and sensitive—as heirloom pearls or a stack of handwritten letters. Death in the age of technology, the internet and social media means people leave behind a lot more than furniture and clothes when they die.

READ: After you’re dead and gone, will your tweets and Facebook updates even be remembered?

Crocker’s experience prompted her to co-write Digital Legacy Plan, a book that provides guidance on what to do with your digital footprint after death—and that footprint can be much larger than many people think. “We sign up for things to get the discount,” says Crocker. “We don’t necessarily remember what they are.”

Some digital assets, like loyalty point accounts, have monetary value; others, such as Facebook proﬁles full of photos, status posts and anecdotes, are more personal.

Considering how few people have wills for traditional assets (51 per cent of Canadian adults don’t, according to a 2018 Angus Reid report), it’s unsurprising that few have considered what to do with the bits of digital life strewn about the web and their hard drives.

The consequences for survivors, though, can be a multitude of headaches and heartaches. One man in New York had to go to court earlier this year to gain access to his deceased husband’s Apple account in order to secure family photos. On a more mundane level, a 72-year-old Victoria woman was told she needed a court order to receive her dead husband’s Apple ID password so she could keep playing games on his iPad.

That is one worst-case outcome of failing to account for digital assets in wills—having to pay thousands in legal fees, says Sharon Hartung, Vancouver-based author of Your Digital Undertaker, a book that gives advice on how to estate plan in the digital age.

Costs aside, letting social media accounts sit idle after death could expose them to more nefarious actors, like hackers and impersonators, says Suzana Popovic-Montag, an estate lawyer and managing partner at Hull & Hull LLP in Toronto, who has represented a client who experienced this happening after a loved one died. “Someone hacked into the [Facebook] account and said terrible, terrible things. The family was just devastated.”

READ: Why social media has taken over your life—and you need to sign off now

These issues are going to become more common without legislation that recognizes digital assets and forces service providers to offer planning options like Facebook’s legacy contact, which allows a user to designate someone to control the user’s social media account after he or she dies; or Google’s inactive account manager, which reaches out to a trusted contact if an account is dormant for more than a few months. Researchers predict that Facebook will have 4.9 billion accounts for the dead by 2100—outnumbering those for the living. That could be part of what Hartung calls the “data tsunami”—a wave of information and accounts that belong to Gen X, millennials and Gen Z. According to Vicki McLeod, Crocker’s co-author, those billions of Facebook accounts will be “digital zombies,” “haunting the feeds of your friends forever.”

As for estate planning, Hartung advises making an inventory of your digital assets, updating your will and granting your executor control over your digital accounts after death. They may still encounter issues getting access: even if they have permission to use passwords, doing so may violate terms of service, leaving the account vulnerable. An executor should inform banks and credit unions about your death so that accounts can be frozen or dealt with accordingly. Without a will, until someone gives your ﬁnancial institution notice, withdrawals and investment activity will continue as usual, costing your estate money.

Crocker recently found a notebook of her mom’s that she thinks could contain a password that would get her into her mother’s laptop. But after trying for so long to solve the simple challenge of access, she’s hesitant to proceed, realizing the photos and journals would reawaken her grief. Digital legacies, it turns out, are every bit as real as the kind we hold in our hands.

This article appears in print in the October 2019 issue of Maclean’s magazine with the headline, “Ghosts of cyberspace.” Subscribe to the monthly print magazine here.