Forget about milk and chickens, the TPP could choke the free Internet

Households could lose access to the Web after three accusations of copyright infringement, according to a leaked draft 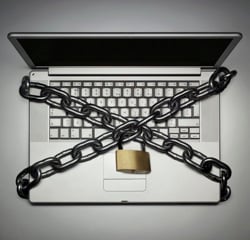 Yesterday, Heritage Minister James Moore announced that Canada has formally joined the Trans-Pacific Partnership (TPP), a group that is discussing a major trade agreement among us and Australia, Brunei, Chile, Malaysia, Mexico, New Zealand, Peru, Singapore, the U.S., and Vietnam. The deal is at the negotiation stage now, but all countries at the table are expected to sign in late 2013.

Much of the chatter around TPP has focused on the impact it may have on Canada’s protected dairy and poultry industries. Beyond milk and chickens, TPP has other big implications. Among them are potentially disastrous new rules for the enforcement of intellectual property on the Internet.

In February of 2011, a draft of TPP’s chapter on intellectual property was leaked. The document quickly circulated among academics and lawyers working within I.P. and Internet regulation and then spread to digital rights lobby groups like the Electronic Frontier Foundation in the United States and Open Media here in Canada. Here’s what they say TPP could mean:

All of these scenarios are based on the leaked draft, which may have been changed. But if so, we don’t know how. The one problem with TPP that critics can speak out on with certainty is the secrecy under which it’s being negotiated. Though TPP will almost certainly overrule existing legislation, most legislators, along with most industries and the public at large, have no opportunity to influence it. In the U.S., both Democratic and Republican lawmakers have demanded more transparency from the U.S. Trade Representative on the closed-door TPP talks.

Here in Canada, where over 114,000 Canadians have signed a petition against TPP, the issue has somehow failed to spark a broader political debate. Now that we have official word that our government is pushing forth on it with no recognition of this public concern, perhaps that will change.