Why the gaming industry's persecution complex is hurting it 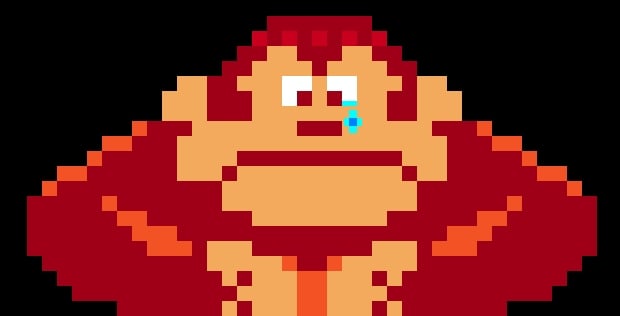 Most geeks have a sense of humor about being geeks. They wear the term with pride, knowing that these days it connotes expertise and passion as much as it does obsessiveness and poor seduction skills. Geeks are the biggest creators and consumers of geek humor, and as a tech journalist with a geek-heavy audience, I rarely think twice about tweaking the nerds a little. They usually giggle and tease me back. It’s a cute thing we do, and everyone seems to have a good time.

Then there are the gamers.

Gamers (and, it seems, game makers) are sooooo sensitive. Embroiled as they are in their decades-long plight to be taken seriously, many are remarkably touchy when prodded. On Tuesday, I prodded.

I questioned the hefty tax breaks and subsidies foreign video game companies enjoy on our shores. Within hours I was called a this, one of these and invited to consume some of this. Scatological tweets were soon buttressed by hysterical posts—VillageGamer.net deeked the issue of tax breaks, instead focusing on the fashion-model appearance of coders (?) and providing yet another defense of video games as Great Works of Art (a constant, tiresome crusade).

While all agreed that I am an asshat, few tried to explain what was wrong with my argument. My characterization of video game programmers as unshaven code-monkey grunts enraged the community to a degree that obscured the issue at hand. Oh well. Only Torontoist and my Macleans.ca colleague Peter Nowak delved into the details. Both provided a well-argued defense of the economic benefits of the tax breaks and subsidies in question, and they deserve a read. But I remain unswayed, and I’ll tell you why.

Canada’s game industry, it is true, involves more than coders. It employs voice actors, graphic designers, painters, musicians and more. The coder grunts, though treated shabbily within the business, are themselves highly trained technologists. All of the above talent can be found in Canada, functioning at the highest levels of their respective disciplines. Many of them were trained in Canadian schools. In short, we have all the ingredients needed to build a world-class homegrown video game industry creating our own big-budget console games.

So why sell ourselves short as cheap labour to foreign companies?

As Peter himself points out, we’ve pitted province against province and Canada against second-world nations in a rapid race to the bottom. Yes we have great cities, yes we have great talent, but let’s not kid ourselves—the carrot we’re dangling before the eyes of Ubisoft and Electronic Arts is heavily-subsidized labour. Bucharest is also a great town with wonderful people. Ubisoft is happy to set up shop there, like it is in whichever city will provide them the best deal.

Why are we in a price war with every developing urban center in the world? To what end? To create the “acorn effect,” or so I am told. Among my critics are the folks at Capy Games/Superbrothers of Toronto, who developed the groundbreaking Sword and Sworcery game for the iPad. If you’re going to make an argument for video games as art, theirs is a good game to put forward. From their Twitter accounts, they argue that the presence of Electronic Arts and Ubisoft in Canada has seeded our own Canadian indie gaming scene. Creators leave the big companies and set up shop on their own. If Sword and Sworcery is any indication, the results can be wonderful, and as Capy chief Nathan Vella points out to me, Toronto has a great little indie game maker scene.

But what if we want a big game maker scene? As Capybara Games grows, it will increasingly be competing against foreign companies like Ubisoft for Toronto’s best talent—but it’s not a fair fight. Not just because Ubisoft is such a giant, but because Capy’s own provincial government is stacking the deck against them, financing a foreign competitor with millions to use against a homegrown upstart (Capy gets some tax breaks from Ontario too, which may explain their reaction to my argument—but nothing in the realm of what Ubisoft enjoys). It’s nice to have little shops with little staffs making little games, but what’s stopping us from hosting the next major player, a homegrown giant that will actually pay their taxes?

Canada’s video game industry would do well to learn from the example of our film industry. We have some of the best talent and the most skilled craftspeople in the movie business. But our best talent gets siphoned off into the U.S. while our crews are auctioned off as a cut-rate alternative to Americans. Meanwhile our domestic productions are so bound up in chasing government funding that they have become incapable of providing a marketable product to audiences.

We can aim higher, and we can do better.