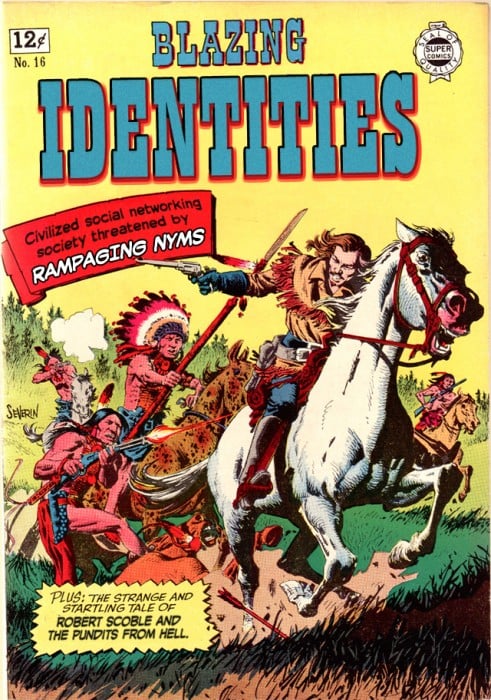 The #Nymwars, if you’ve never heard of it, is the hyperbolic title of the battle between Google and thousands of users who don’t want to use their real names on its Google+ social network. Not only does the search-engine giant have a “real names” policy in place, but unlike Facebook, it actually enforces it. The do-no-evil digital behemoth suspended the accounts of those found to be using nicknames–or merely suspected of doing so, as many children of hippies found out.

The online reaction was predictably loud and angry, but also thoughtful and substantive. Former Google employee “Skud” listed many reasonable circumstances in which an individual would want to use a pseudonym. The Atlantic editor Alexis Madrigal pointed out that forcing people to us their real names online actually makes the Internet less like “real” life–when I walk down the street, who knows my name? Who records my every action? The vast majority of our public behaviour is undocumented and anonymous. “Real names” policies radically upset that expectation.

At first, Google seemed unmovable. Executive Chairman Eric Schmidt dug in his heels, creepily describing Google+ not as a social network, but an “identity verification” service. The future of JimmyFlashPants893 seemed dark.

Now, though, word has come that Google will relent. At the Web 2.0 Summit in San Francisco, Google executive Vic Gundotra revealed that pseudonyms will soon be supported on Google+. Previously, he had said that banning made-up names was a way of “setting a tone,” the way a restaurant won’t serve shirtless customers.

The comparison was an insult to any user with a legitimate reason for using a pseudonym: women fearing harassment, teachers and other professionals who are not allowed to use their real identities on social network sites, victims of stalkers, closeted homosexuals, and anyone else who is simply not comfortable with having their every casual exchange documented online and linked to their legal name.

The chief distinguishing feature of Google+ is supposed to be privacy. Good for Google that it (finally) seems to realize that, for many, pseudonyms are not a coverup for online mischiefs, but a choice to remain safe.